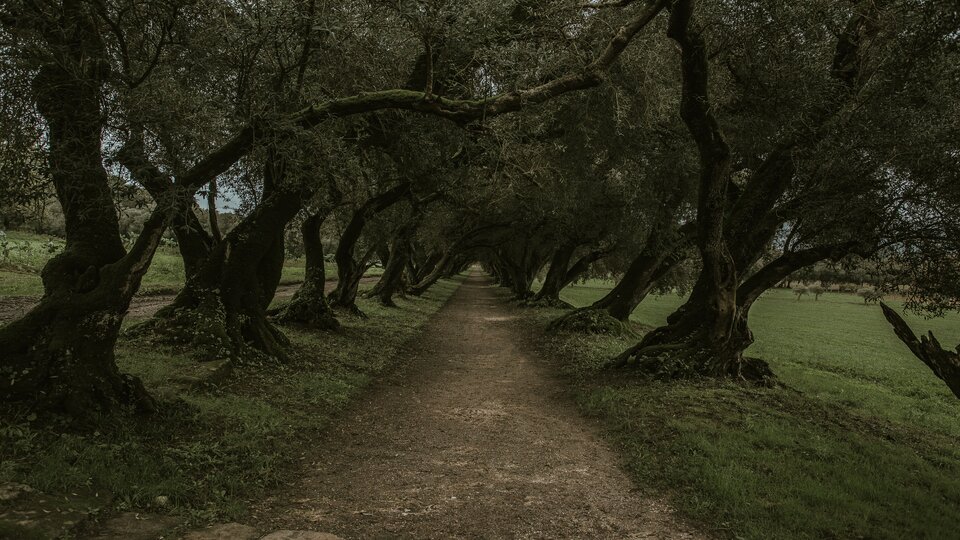 If this warning is irrelevant, please disable the syntax validation feature in the dashboard under General settings > Footnote start and end short codes > Check for balanced shortcodes.

With the theme of biblical redemptive history in mind, I recently preached a series of messages from the book Genesis. My intent was not to do a thorough study through the book but to help my congregation see that God’s redemptive plan started as far back as the book of Genesis.

Mankind was placed in the midst of the beautiful garden. Adam was told that he had full domain over the garden. However, there was one exception, Adam was not to eat from the tree of the knowledge of good and evil. Eating from this tree was forbidden. It was here, in the garden, that God created Adam and a suitable helper, Eve.

Genesis three contains the narrative of Adam and Eve’s temptation and fall. Satan appears as the tempter in the form of a snake. Satan engages Eve in conversation. As a result, he cast doubt against God’s character. Eve eventually gives into the serpent’s subtle tactics. She offers the forbidden fruit to her husband, Adam, and in an act of blatant rebellion, he too eats.

Their rebellion against God results in the cursing of all the characters involved.

The plot begins when God takes man, places him in the garden, and gives him a command. Genesis 3 begins with the appearance of the serpent (Satan) and the temptation of Eve. Clearly, the plot is thickening as the narrator presents tension. What will Eve do? The tension only rises as Eve, after eating from the forbidden tree, offers some of the forbidden fruit to Adam. What will Adam do? Tension ultimately gives way to tragedy when both characters give in to temptation. The plot climaxes when God curses all the characters involved, while at the same promising future redemption for mankind through the seed of the woman.

Ultimately, the central character of the narrative is God. Adam and Eve are presented as dynamic characters. A considerable change occurs with them after eating from the forbidden tree. The serpent represents a static character. Throughout the narrative, his character never changes.

The narrator moves from direct narration in Genesis 2 to a mixture of direct narration and dialogue in Genesis 3. First, the narrator presents the dialogue between the serpent and Eve. Second, the narrator presents the dialogue between Adam and God. Throughout the story, the narrator fills in the gaps between dialogues with narration. The narrator presents Eve’s dialogue with the serpent, but he does not present Eve’s dialogue with Adam. This is to highlight Adam’s blatant rebellion. The narrator highlights the dialogue between Adam and God in order to place emphasis upon the destructive nature of sin and man’s accountability in the Fall. “The Lord addresses a question rather than a command to Adam, for God seeks to draw him out. He is the good shepherd who seeks the lost sheep. Such a context calls for a display of tenderness rather than toughness.”[ref]Victor P. Hamilton, The New International Commentary On The Old Testament: Genesis 1-17 (Grand Rapids: William Eerdmans Publishing Co, 1990), 193.[/ref]

The serpent is defined as the most cunning (arum) creature of the field. There is an acoustical similarity between arum of 3:1 and (rumum), “naked” of 2:25. The similarities between these two words link the Creation and Fall narratives together.[ref]Ibid., 187.[ref] Emphasis is also placed on the root of sin (the lust of the eyes) with the phrase “the woman saw that the tree was good for food and delightful for obtaining wisdom.” This phrase serves, not only in telling the story but also highlights the deceitful nature of sin. The phrase “their eyes were opened….they sewed fig leaves together and made loincloths for themselves” demonstrates the shame sin brings. This truth is also seen in fact “they hid themselves.” However, one of the most significant words is the word “seed.”  This is clearly a reference to Christ who would eventually offer a death blow to the serpent by way of His own atoning death.

The narrative is structured in such a way as to emphasize man’s rebellion and God’s promise of redemption. The narrative reaches its pinnacle when the fruit of the forbidden tree is offered to Adam and he eats. Adam’s rebellion is the reason for mankind’s fall. However, through deceptive rationalization, Adam blames both God and Eve. “Adam plays up their contribution in his demise and downplays his own part. By postponing his own involvement until the last word in the verse, Adam attempts to minimize his part in this sin.”[ref]Ibid., 194.[ref] However, hope is provided through the promise in Geneses 3:15. This is a Messianic prediction.

See above for the discussion on “key-wording.”  It also seems that the stylistic device of “omission” is used in the case of Adam’s presence when Eve was being tempted. The narrator does not mention Adam’s location. Perhaps, this serves to emphasize his failure in leadership. On the other hand, the “addition” of the dialogue between the serpent and Eve highlights the woman as the weaker vessel.

According to Kenneth A. Matthews, “Christian tradition has referred to 3:15 as the protevangelium since it has been taken as the prototype for the Christian gospel…thus, the passage clearly points to Christ as the vindicator and redeemer of mankind.”[ref]Kenneth A. Matthew, The New American Commentary: Genesis 1-11:26 (Nashville: B&H Publishing, 1996), 248.[/ref] One born of woman would one day come and crush the head of the serpent. Christ’s death on the cross is the fulfillment of Genesis 3:15. In Christ, we are no longer banished but accepted. In Christ, there is redemption, freedom from the bondage of sin.

INTRODUCTION: Illustration: boy growing up on the farm. Genesis 3 is essential to our complete understanding of the Bible. Beginning here will help us understand the reason for God’s redemptive plan.

TRANSITION: Adam and Eve rebel against God, what is God going to do?

God gave a simple command when He said to Adam, “You are free to eat from any tree of the garden, but you must not eat from the tree of the knowledge of good and evil, for on the day you eat from it, you will certainly die.” –Gen. 2:16-17 The fruit was to remind them that they are not God and that they are responsible to Him.

Observation 1: God clearly communicates His will and warns of the consequences of going against His will.

Observation 2: When the will of God is resisted, and the word of God rejected, the way of God will be deserted.

After choosing to sin Adam and Eve were both gripped with shame. The Bible states, “Then the eyes of both of them were opened, and they knew they were naked; so they sewed fig leaves together and made loincloths for themselves” –Gen. 3:7.  More importantly, they lost intimacy with God. “Then the man and his wife heard the sound of the Lord God walking in the garden at the time of the evening breeze, and they hid themselves from the Lord….” Gen. 3:8. “Tragically, rather than driving them back to God, their guilt leads them into a self-atoning, self-protecting procedure.”[ref]Ibid., 191.[/ref] In the end, God curses mankind and the serpent. Adam’s rebellion results in the fall of all humanity, the consequence of which is death. However, in Gen. 3:15 God promises a redeemer who would one day crush the head of the serpent.

Observation 3: The wage of sin is death, but one day a redeemer would come who would reverse the tragic effects of the fall.

MAIN IDEA: In the history of redemption this is the account of “The Fall.” Here we see the devastating effects of sin, mankind’s need for salvation, and the promise of redemption.

Conclusion: When I failed to follow my father’s advice I was almost bitten by a snake. In a spiritual sense, we have all rebelled against God in heaven, and in a very real sense, we have been bitten by sin. According to the Scripture (Rom. 6:23) the result of sin is death. God has provided a way for sins to be forgiven. Just as He covered Adam and Eve’s nakedness, He will cover our shame, but we must trust in Jesus. Innocence had to die to cover Adam and Eve. The innocent Son of God died in order to cover our sins.

Notice what we learn about God from this narrative.

CONCLUSION: In the history of redemption this is the account of the fall of mankind. Here we see the devastating effects of sin and mankind’s need for redemption.

Blake Gideon is the Senior Pastor of the First Baptist Church in Edmond, Oklahoma, and a Ph.D. student at Southwestern Baptist Theological Seminary.