What is Text-Driven Preaching?

Text-Driven Preaching is the interpretation and communication of a biblical text in a sermon that re-presents the Substance, Structure, and the Spirit of the text.

The Substance of the text is what the text is talking about, and this must be the focus and drive of the sermon.

The Structure of the text is how the author develops the passage (i.e. with points, scenes, or parallelism, etc.) This is influenced by the genre of Scripture, but is further influenced by the semantic structure and syntax as well.

The Spirit of the text is the author-intended "feel" or emotive tone of the text, and that "feel" is born of the genre. Our preaching should reflect the genre of the text.

Preaching Source is a text-driven resource of Southwestern Baptist Theological Seminary dedicated to equip preachers in the art and craft of text-driven preaching.

Led by Dr. David Allen, the Southwestern Center of Text-Driven Preaching’s faculty each brings a unique dynamic to the table, including scholarly expertise in biblical exposition, linguistics, rhetoric, history, and evangelistic preaching. 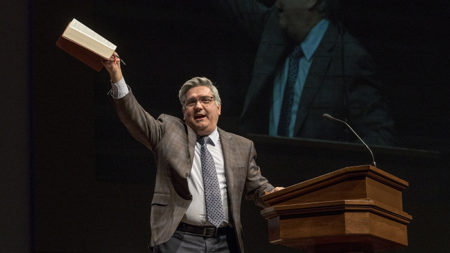 David L. Allen serves as Distinguished Professor of Preaching, as Director of the Southwestern Center for Text-Driven Preaching, and holds George W. Truett Chair of Ministry. Dr. Allen earned his PhD in Humanities with a concentration in Linguistics from The University of Texas at Arlington (1987) and his M.Div. from Southwestern Baptist Theological Seminary (1981).

He is the author of Hebrews in the New American Commentary Series (Broadman & Holman, 2010); Lukan Authorship of Hebrews (B&H, 2010); 1-3 John: Fellowship in God’s Family in the “Preaching the Word” Series (Crossway, 2013); Preaching Tools: an Annotated Survey of Commentaries and Preaching Resources for Every Book of the Bible (2014); and The Extent of the Atonement: A History and Critique (2016). Dr. Allen is also the co-editor and contributor of Whosoever Will: A Biblical-Theological Critique of Five-Point Calvinism (Nashville: B&H, 2010), Text-Driven Preaching­ (Nashville: B&H, 2010), The Return of Christ: a Premillennial Perspective (B&H, 2011), and Preach the Word: Essays on Biblical Preaching in Honor of Jerry Vines.

He is currently working on a commentary on Job (Exalting Jesus in Job) in the Christ-Centered Exposition Commentary Series, edited by David Platt and Danny Akin; and a volume on the Doctrine of Salvation for the new series on Traditional Baptist Theology, edited by Dr. Paige Patterson and Dr. Jason Duesing, both forthcoming by B&H Academic. His blog may be found at drdavidallen.com

Dr. Biles pastored Texas churches for 15 years and also taught adjunctly for Southwestern Seminary from 1997 to 2001. He has preached and led conferences at numerous churches, associations, colleges, and seminaries, as well as having preached at the annual meeting of the Southern Baptists of Texas Convention in 2001.  He has also served as Interim or Transitional Pastor in seven Churches.

Dr. Biles served as the Minister/Church Relations Director for the Southern Baptists of Texas Convention before coming to Southwestern Baptist Theological Seminary as Dean of Extension Education and Associate Professor of Pastoral Theology in June 2006.  In 2012, he also assumed the role of Associate Dean for the Doctor of Ministry Program. He graduated from Howard Payne University in Brownwood in 1989 with a BA in Bible and History; received an MDiv from Southwestern Seminary in 1992; and a Ph.D. from Southwestern in Old Testament in 1997. He is the author of two books: After God’s Heart: Becoming the Man God is Seeking and After God’s Heart: Becoming the Man God is Seeking. A Forty-Day Bible Study. 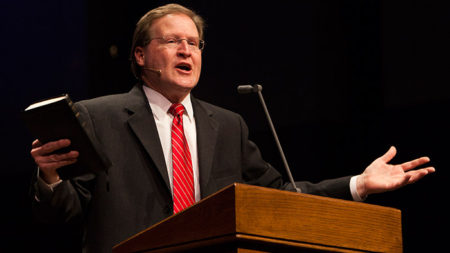 Matthew McKellar serves as Professor of Preaching. He joined the faculty at Southwestern in 2009 after having served as a senior pastor for 28 years. Dr. McKellar has written articles for Theologicalmatters.com, the Southwestern Journal of Theology and the booklet “A Pastor’s Guide to Text-Driven Preaching”.  A regular presenter at Southwestern’s preaching workshops, he has served as an interim pastor and speaks frequently in churches and at conferences around the country.

Jim DiLavore serves as Assistant to the Director of the Southwestern Center for Text-Driven Preaching and as the Editorial and Content Manager for Preaching Source. He received a B.S. in Biblical Studies from L.R. Scarborough College in 2017 and is currently pursuing an M.Div. from Southwestern Baptist Theological  Seminary.