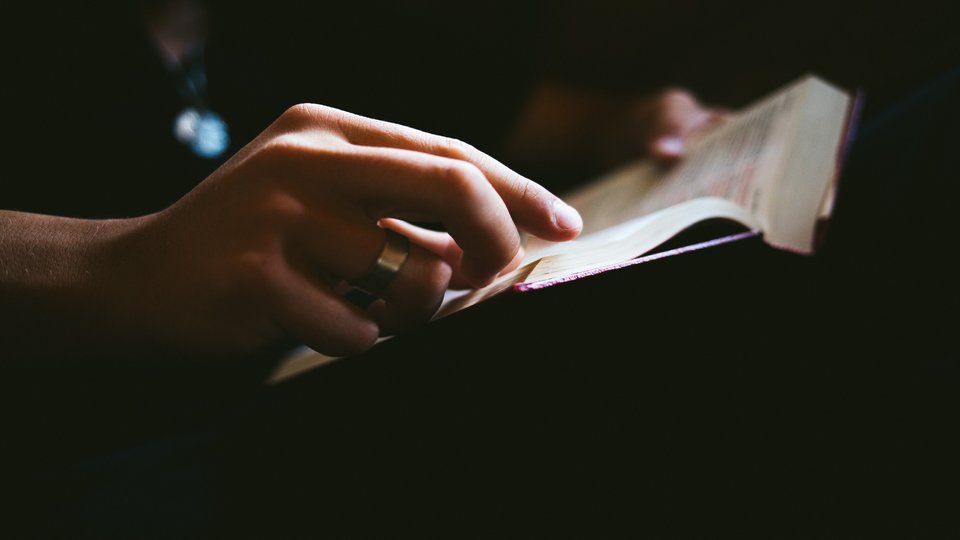 The Text: Touching the Preacher First

Martin Luther, as a middle-aged monk, was engaged in a political and theological debate over indulgences.[1]Martin Luther, and Tryntje Helfferich, The Essential Luther, Hackett Classics. Indianapolis: Hackett Publishing Company, Inc, 2018. Accessed 1-6-2020. The following quote is from page 3. https://search-ebscohost-com.aaron.swbts.edu/login.aspx?direct=true&db=nlebk&AN=1884707&site=eds-live.Luther said, “When, in the year 1517, indulgences were sold (or I should say promulgated) in these regions in return for the most shameful gain, I was then a preacher, a young doctor of theology (as it is called), and I began to dissuade the people and to advise them not to heed the clamors of the indulgence-dealers; they had better things to do. And I was certain that in this I would have as my advocate the pope, on whose fidelity I then strongly depended, and who in his decrees very clearly condemned the immodesty of the quaestors, as he called the proclaimers of indulgences.” During this time of controversy, he was driven to the Scriptures for answers. He immersed himself in the Word of God, praying and entreating God to give him understanding. In the middle of the fray, in 1518 or 1519, Luther describes how his understanding of the “righteousness of God,” in Romans 1:17, turned from loathing to love.[2]There is considerable discussion concerning when Martin Luther came to his understanding of Romans 1:17 and his doctrine of righteousness by faith alone. For some references to the discussion, one may refer to the following works. Martin Luther, and Tryntje Helfferich, The Essential Luther, 2018. https://search-ebscohost-com.aaron.swbts.edu/login.aspx?direct=true&db=nlebk&AN=1884707&site=eds-live. Accessed 1-6-2020. The following quote is from page 4. Luther said, “At that time [1519], I had already privately and publicly read and taught the sacred writings very diligently for seven years, such that I held them almost entirely in memory, and from this had imbibed the beginnings of knowledge of and faith in Christ.” It seems from this quote, Luther had been teaching in the University for seven years, where he had started teaching in 1512. Also J.H. Selderhuis, Martin Luther: A Spiritual Biography, Crossway, 2017. Selderhuis speaking of Luther’s doctrine of justification by faith and grace, said, “… Luther arrived at the insight that we cannot justify ourselves before God but that it is God who justifies. Only then did the emphasis change to saying that we cannot do anything but that God does everything. The breakthrough of that particular insight, and the last step to come to the heart of the reformed message, happened sometime during the summer of 1518” (111). Also Heinz Schilling and Rona Johnston, Martin Luther: Rebel in an Age of Upheaval, Oxford University Press, 2017. Schilling says, “The ‘tower experience’-should we choose to retain an image so beloved by Protestants-must then be placed somewhat later, in spring 1518 before the composition of that letter to Staupitz” (121). For a more detailed discussion of Schilling’s argument refer to pages 199-123. Luther wrote:

I hated the righteous God who punishes sinners. Certainly, and with intense grumbling (perhaps even blasphemy), I was angry with God…At last, meditating day and night and by the mercy of God, I gave heed to the context of the words, “In it the righteousness of God is revealed, as it is written, ‘He who through faith is righteous shall live.’” Then I began to understand that the righteousness of God is that through which the righteous live by a gift of God, namely by faith…Here I felt as if I were entirely born again and had entered paradise itself through gates that had been flung open. An entirely new side of the Scriptures opened itself to me.[3]James M. Kittelson, Luther the Reformer : The Story of the Man and His Career, Vol. Second edition, Minneapolis: Fortress Press, 2016. Accessed 1-6-2020. The quote is from page 96. http://aaron.swbts.edu/login?url=http://search.ebscohost.com/login.aspx?direct=true&site=eds-live&db=nlebk&AN=1370560.

Luther had been taught that the righteousness of God was the basis on which God punishes the unrighteous sinner.[4]James M. Kittelson, Luther the Reformer, 2016. Accessed 1-6-2020. The quote is from page 96. http://aaron.swbts.edu/login?url=http://search.ebscohost.com/login.aspx?direct=true&site=eds-live&db=nlebk&AN=1370560. Luther, speaking of Romans 1:17, said, “I hated the idea, ‘in it the righteousness of God is revealed,’ for I had been taught to understand the term, ‘the righteousness of God,’ in the formal or active sense, as the philosophers called it, according to which God is righteous and punishes the unrighteous sinner.” Not until Luther began to read this passage for himself, through prayer and entreating God for understanding, did he comprehend the meaning of it. God had revealed to him the true meaning of Romans 1:17. What Luther loathed he now loved, because the righteousness of God was given as a gift to sinners through faith in the Gospel of Jesus Christ. The text had touched the preacher. From that moment on, Luther took his stand on the Word of God.

As Paul was writing his farewell letter to Timothy (2 Tim 4:6), he wanted to encourage Timothy to continue in the Word of God so that he could fulfill his ministry. Paul reminds Timothy of his call (2 Tim 1:8–9), his responsibility to himself (1:13–14; 2:1, 3–7, 15, 22–24; 4:5), and his responsibility to others (2:2, 14–17; 4:1–2). Paul says to Timothy, “But as for you, continue in what you have learned and have firmly believed, knowing from whom you learned it and how from childhood you have been acquainted with the sacred writings, which are able to make you wise for salvation through faith in Christ Jesus” (3:14–15).[5]All Scriptures are quoted from the ESV. Paul commands Timothy to continue in the things he has learned and firmly believed: the Word of God as taught to him by example and exhortation.

Paul then reminds Timothy to continue in the Word of God because it makes one “wise for salvation through faith in Christ Jesus” (3:15). From childhood, Timothy had been taught the Scriptures concerning salvation. It had been modeled by his mother Eunice and his grandmother Lois (1:6). Paul witnessed their sincere faith, which now abides in Timothy (1:5). For Timothy to fulfill his ministry, continuing in the Word of God would ensure fruitful labor in the field of souls.

Paul also reminds Timothy to continue in the Word of God because it is profitable (3:16) and it is profitable because it is God-breathed. God is the Author of the Scriptures. The Scriptures are the authoritative rule for faith and practice and so profitable “for teaching, for reproof, for correction, and for training in righteousness.” Earlier, Paul had written to Timothy to “Keep a close watch on yourself and on the teaching. Persist in this, for by so doing you will save both yourself and your hearers” (1 Tim 4:16).[6]Paul wrote to the Philippians to “work out your own salvation with fear and trembling” (Php 2:12). Paul and Timothy are mentioned in the introduction of the letter (Php 1:1). Therefore, Paul was not teaching Timothy that he could save himself or his hearers, but to preserve in godliness, which is evidence of the hope they had set on the living God (1 Tim 4:10). For further discussion and interpretation of this verse see New American Commentary, Thomas D. Lea and Hayne P. Griffin, Volume 34: 1, 2 Timothy, Titus, (Nashville, TN: Broadman Press, 1992), WORDsearch CROSS e-book, 140. Paul uses the word “save” to remind Timothy of his responsibility to persevere in his salvation (1 Tim 4:8–10), not only for his own continuance in godliness but also for those who see his pattern of life and his sound doctrinal teaching, that they too may continue in godliness.

Finally, Paul reminds Timothy to continue in the Word of God because it fully equips the man of God (2 Tim 3:17). The Word of God teaches how one can be saved, teaches how to live out their salvation, and keeps one from being led astray by false doctrines. Paul warned Timothy about false teachers and how to combat their onslaught. He commanded Timothy to “Preach the word; be instant in season, out of season; reprove, rebuke, exhort with all longsuffering and doctrine. For the time will come when they will not endure sound doctrine; but after their own lusts shall they heap to themselves teachers, having itching ears; And they shall turn away their ears from the truth, and shall be turned unto fables” (2 Tim 4:2–4). The Word of God by the Spirit of God will fully equip the man of God to fulfill his God called ministry.

When the Word of God, by the Spirit of God, touches the man of God, it changes him, his message, and his influence. Christendom has remembered Luther’s contribution to the Reformation for the past five hundred years. In that one verse, Romans 1:17, when Luther, through prayer, “gave heed to the context of the words” it changed his life, it changed his ministry, and it changed his influence.