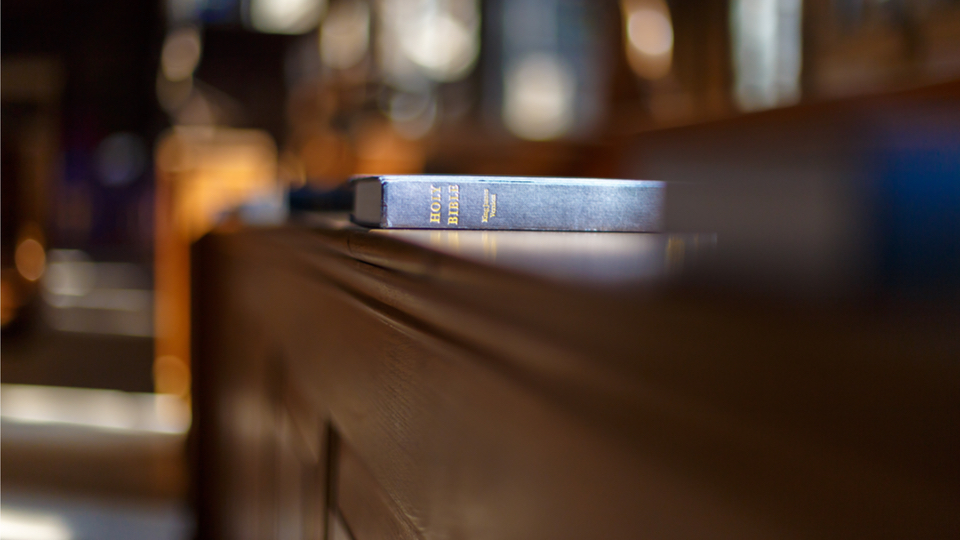 The Need to Preach Seldom-Preached Texts

I was a newly-minted pastor. Fresh off of my first couple of expository book studies, I announced that I would be preaching the life of Joseph. The excitement was tangible. Unfortunately, I had not adequately prepped the series and was laying it out as I went. Genesis 37 was easy to preach since it established the story and set the scene for what followed. I still remember my shock when I arrived in my study the following Monday to prep the next pericope.  Staring me in the face was a story filled with all sorts of seedy elements. Genesis 38 recounted the story of Judah and his sons as they engaged in grossly immoral behavior. Their choices eventually culminated in the death of the sons and Judah impregnating his daughter-in-law. Alone in my office, I found myself in the surrender cobra position thinking, “What do I do now? How do I preach this to my flock?” The people expected the next passage, so I had two choices: I could preach the raw and unvarnished Biblical story, or I could skip it since on the surface it did not have anything to do with Joseph’s life. (Before you send emails and tweets, I now recognize this story plays a key role in Joseph’s grand narrative.) After much prayer and pacing, I decided to preach the passage.

I suspect that my experience is not uncommon. Plenty of expositors who are committed to systematic exposition often find themselves facing passages that they would rather not preach. Such texts might include a topic that is taboo in mixed company, a paragraph containing a random genealogy, or text that is difficult to unpack for theological or cultural reasons. Maybe it’s a passage about a situation someone you care for is struggling with, such as the time I sat in my study staring at a passage on forgiveness that I would preach to a church that was reeling from a bitter church split. These passages come up. What should one do about them? Sure, you could skip them. You could pay them lip service by reading them in conjunction with another passage, then ignore them by only explaining the additional verses. There is a better option.  I strongly recommend that you hunker down in your study and prepare to do exactly what is commanded in 2 Timothy 4:2: Preach the Word! Especially the seldom preached passages.   Here are three reasons why:

It will grow the preacher.

A preacher will not be most effective if he does not wrestle with God’s word himself.  Every preacher has favorite passages, doctrines, and topics.  If these are the only passages one preaches it will lead to spiritual malnutrition. In my diet, if I only ate my favorite sweets to the exclusion of healthier items, my physical body would suffer. So too will our souls suffer if we do not wrestle with and submit to every area of the Bible, especially those seldom preached passages. In order to become more like Christ, one must give attention to all of scripture.

It will grow the congregation.

When I finished preaching Genesis 38, I randomly surveyed the congregation and was astonished to discover that many of them had never heard a sermon on that passage. Many had never heard the story before. I am now entering my twelfth year as a senior pastor and have experienced similar stories with other seldom preached passages. On one occasion, a staff member’s grandmother visited from out of town. I was dealing with a passage some might want to avoid. After the service, I went to speak to her. She told me she had always wanted to know what that passage meant, but in all of her years of church attendance, she had never heard any Bible teacher explain it. She grew in her knowledge of the Lord because someone made the effort to dig deeply into a passage and share it with his flock. A commitment to deal with all of scripture will grow the flock.

They are part of the full council of the word of God.

One cannot pick up an epic from literature, read a sentence or two from the first page, a sentence or two from the middle of the book, and a sentence from the end of the book and then walk away claiming to know anything about the book. Why do we treat the Bible that way? If one habitually skips the seldom preached passages, he is effectively doing the same thing. If      2 Timothy 3:16–17 applies to all of Scripture, and it certainly does, then it is the responsibility of a pastor to preach all of the Bible. This includes the seldom preached passages. One of the goals of preaching is to explain the word of God to His people in order that they may understand it and walk away able to read the passage again knowing what it means and applying it to their lives. To do that completely one must not ignore often neglected passages. Avoiding these seldom preached parts of God’s word results in a failure to show the congregation of believers the way the Bible is a unified and interconnected whole from “In the beginning” of Genesis to the final “Amen” of Revelation.

I close with Paul’s charge to Timothy and an added exhortation:  “I solemnly charge you before God and Christ Jesus who is going to judge the living and the dead, and because of his appearing and his kingdom:  Preach the word!” Especially those seldom preached passages!