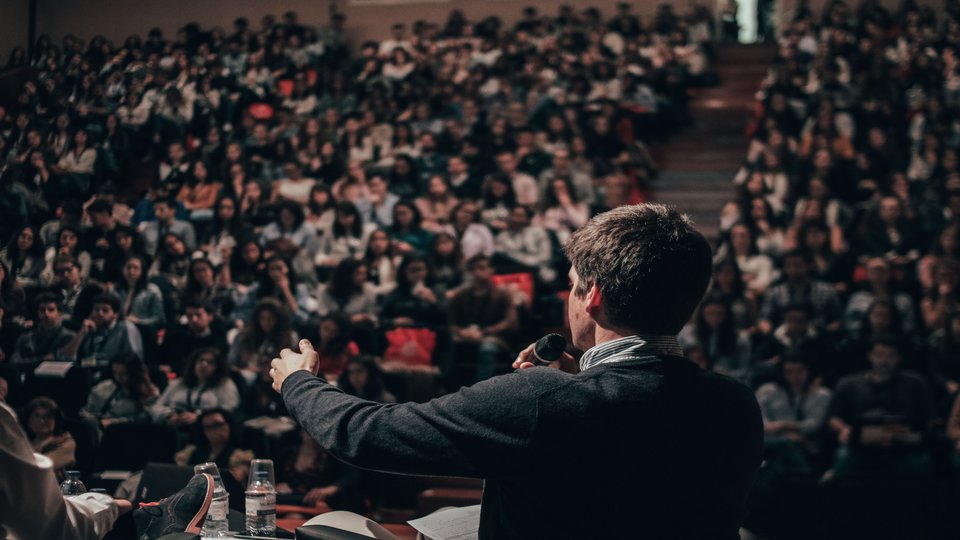 “It’s just rhetoric.” Ever heard someone say that in reference to a speech or series of speeches? As this article is being written, the presidential campaign for the 2020 election is gearing up. The plethora of candidates are giving speeches filled with an endless flood of over-the-top promises, outlandish statements, and aggressive attacks on other candidates. No wonder listening to these kinds of rhetorical word-storms causes many to say, “Well, it’s just rhetoric.” Such misuse of rhetoric has given it a bad name. Too often the word refers to insincere, manipulative speech in order to achieve unworthy ends.

Rhetoric has been in disfavor in the field of homiletics also. But, does its misuse and abuse mean that preachers should not use it in their sermons? Some would answer in the affirmative. There are voices in the world of preaching that argue rhetoric is an unsuitable tool to use in the proclamation of God’s Word. They point to Paul’s statements about his preaching: “we have renounced secret and shameful things, not acting deceitfully or distorting the word of God, but commending ourselves before God to everyone’s conscience by an open display of truth”(2 Cor 4:2).[1]All Scripture references in this post are from the Christian Standard Bible.

Was Paul condemning the use of rhetoric?  Well, if so, he was condemning himself! Paul was not condemning rhetoric itself.  He was repudiating the misuse of it by rhetors with illegitimate manipulative intent. Read through Paul’s letters carefully. All through them, Paul makes use of rhetorical devices. He uses logos, pathos, metaphor, simile, alliteration, and a multitude of other rhetorical means of persuasion. In fact, he uses them with telling effectiveness.

Let’s take another look at rhetoric. The best definition I have read is that rhetoric is “the art or study of using language effectively and persuasively.”[2]“Rhetoric,” The American Heritage Dictionary of the English Language, 4th ed. (Boston: Houghton Mifflin,2006). Adam Dooley gives an even more succinct definition: Rhetoric is “any means that one might use to communicate truth.” [3]Adam Dooley, “Delivering a Text-Driven Sermon” in Text-Driven Preaching, ed. Daniel L. Akin, David L. Allen, and Ned L. Mathews (Nashville: B & H, 2010), 246. With these definitions in mind consider the helpfulness of using rhetoric in preaching.

Consider some of the tools of rhetoric. Metaphor and simile are very helpful in the delivery of God’s Word. A metaphor simply makes a comparison. A simile uses words “like” and “as” to make the comparison. The Scriptures abound with these.

Think about Isaiah’s words, “Though your sins are scarlet, they will be as white as snow; though they are crimson red, they will be like wool” (Is 1:18). Or, David in his prayer of confession: “Wash me and I will be whiter than snow” (Ps 51:7). Turning to the New Testament, see how Jesus uses them: “You are the salt of the earth…you are the light of the world” (Matt 5:13, 14). Look again at Paul’s words: “we were gentle among you, as a nurse nurtures her own children…As you know, like a father with his own children, we encouraged, comforted, and implored each one of you to live worthy of God…”(1 Th 2:7, ll). If the Holy Spirit used these rhetorical devices in the revelation of truth, how can it be illegitimate for preachers of that inspired word to use these devices as well?

In addition to metaphor and simile, other figures of speech may be helpfully employed by the gospel preacher. Alliteration, words that begin or end with the same letter or sound, may be used. Oh me, alliteration! I have frequently confessed my overuse of the device. Yet, there are times when it may be used to good effect in a text-driven message.

Anaphora, the repetition of a word or phrase for emphasis, may be powerfully used in preaching. Perhaps the most well-known use of anaphora is in Martin Luther Kings’ repetition of “I have a dream…” His use of anaphora has lodged his message in the minds and hearts of people all over the world. Many other rhetorical devices might be examined. The preacher who desires to communicate God’s word effectively will do well to study rhetoric and make rhetorical devices a part of his preaching toolbox.

We return to the question of this article: Should preachers make use of rhetoric? Actually, the preacher cannot not use it. If he ever makes a comparison, repeats a phrase or tells an illustration, he is using rhetoric. So, the question becomes: How can the preacher use rhetoric well? The articles to follow will provide assistance to those who desire to employ rhetorical devices in “persuading men” toward the gospel.

Jerry Vines has been a Baptist pastor and preacher for over sixty years. He is also a current Ph.D. student in Southwestern’s School of Preaching.