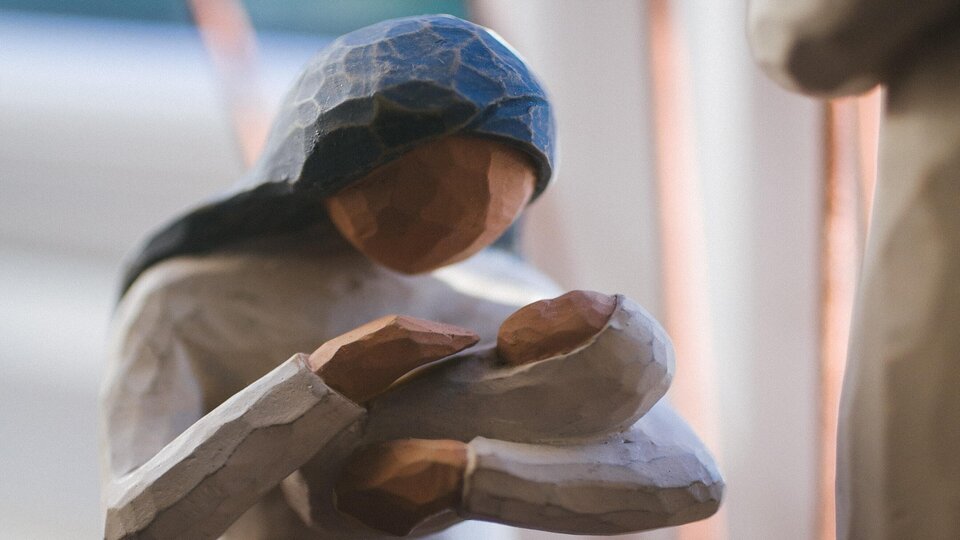 Most of us have had it with cancellations connected to this year’s COVID-19 crisis. For far too many, this year has been a season of postponed plans, delayed dreams, and skewered schedules. Whether the cancellation of a favorite football team’s game or the wedding of a cherished child, the curse of cancellation has left few untouched. For this reason, in the current climate, the message of Advent should occupy an intensified importance in our thinking. It offers the poignant reminder that some things cannot be canceled. They are noncancelable. One of those things is our hope in the promises of God.

Biblical hope must be distinguished from the wishful-thinking concept of hope that is expressed frequently in daily conversation. We hope our team wins or that the weather is sunny but we have no guarantee of either. In contrast, biblical hope is a confident certainty that God, on the basis of His utterly trustworthy character, will do what He has promised. This hope repeatedly is referenced in Scripture from Genesis to Revelation. Specifically, in Luke’s account of the life and ministry of Jesus, we are introduced to the idea of what may be called gospel certainty. In fact, this certainty is one of Luke’s stated purposes in writing (1:4). One immediate message from Luke’s record is the Lord’s capacity to do the humanly impossible. This is readily seen in the story of Elizabeth, the aged and barren woman, from whose womb John the Baptist leaps for joy. It becomes even more pronounced in the story of Mary, the virgin, whose womb houses the eternal Son of God.

Luke 1:46–55 records Mary’s song of praise in response to the angelic announcement she received. It is a song brimming with hope-fueled emotion rooted in objective reality. What are the reasons for Mary’s praise? What foundational truths function as the anchor of her hope?

First, The Lord is mindful. Mary declares that He has “looked upon the humble estate of his servant…” She marvels in knowing that the Lord literally has “looked upon her with care.” Her Sovereign’s selection of her in the events of the first Advent reminds her that she is not unknown, unseen, or uncared for by the most important entity in the universe. Advent, with its stunning narrative of God’s omnipotent orchestration, provides profound evidence that the Lord is mindful of the cares and cries of His people. In the incarnation, He comes from heaven to earth to commence the most necessary and radical of rescues. Let this Advent season be a transformative tool to assist you in avoiding a numbness to the nature of and necessity for your own rescue from the clutches of sin. This is where biblical hope begins. In one of his Advent devotions, Paul David Tripp rightly reminds us that “True hope is found only when you look for it vertically.”[1] Paul David Tripp, Come Let Us Adore Him: A Daily Advent Devotional (Wheaton: Crossway, 2017), 4.

Next, The Lord is mighty. From her vertical perspective, Mary considered that the Lord was mindful of her. However, that mindfulness was accompanied by an incomparable mightiness. Mary, aware of this, exclaims that “he who is mighty has done great things for me…” Notice the depth of Mary’s understanding here. She obviously grasps that the Lord is mindful of her because He is mindful of His people as a whole and that she has been assigned a central role in His plan for His people.[2] Alistair Begg, Christmas Playlist (Charlotte: The Good Book Company, 2016), 19. The might of God in Mary’s song is a powerful reference to His unstoppable initiative to act on behalf of His people. A quick survey of the verbs in verses 51–55 serves to reinforce this inescapable truth.

Finally, The Lord is merciful. Mary understands that the Lord’s mercy is the precious possession of those in every generation who fear, reverence, and delight in Him. In its Hebrew Old Testament and Greek New Testament uses, the term mercy is so rich that its meaning almost defies English comprehension. Yet, at its core, mercy points to the Lord’s unfailing love and fidelity to His promises. He looks upon us with pity, withholding what we deserve in light of our rebellion while lavishing on us a grace that overflows from every direction. In one of his books, Alistair Begg shares an account of crashing his car into a van. In the aftermath, he writes: “I’ll never forget-this fellow jumped out immediately, and he looked at his van and he looked at me, and he said, ‘Somebody’s going to pay for this.’”[3] Begg, Christmas Playlist, 35. Begg then proceeds to agree with this assessment and applies it to the concept of God’s mercy.[4] Begg, Christmas Playlist, 36. Flowing out of His mindfulness and might, in mercy the Lord has borne the cost of our sin through Jesus, the child of Mary and Lord of all.

During this Advent season, remember that, as he was with Mary, the Lord is mindful of, mighty for, and merciful to you. Additionally, remember that the hope of the first Advent is inextricably connected to the second Advent. Finally, as you rehearse God’s faithfulness, you can sing joyfully this noncancelable song of hope:

And our eyes at last shall see Him,

Through His own redeeming love;

For that Child so dear and gentle

Is our Lord in heaven above,

And He leads His children on