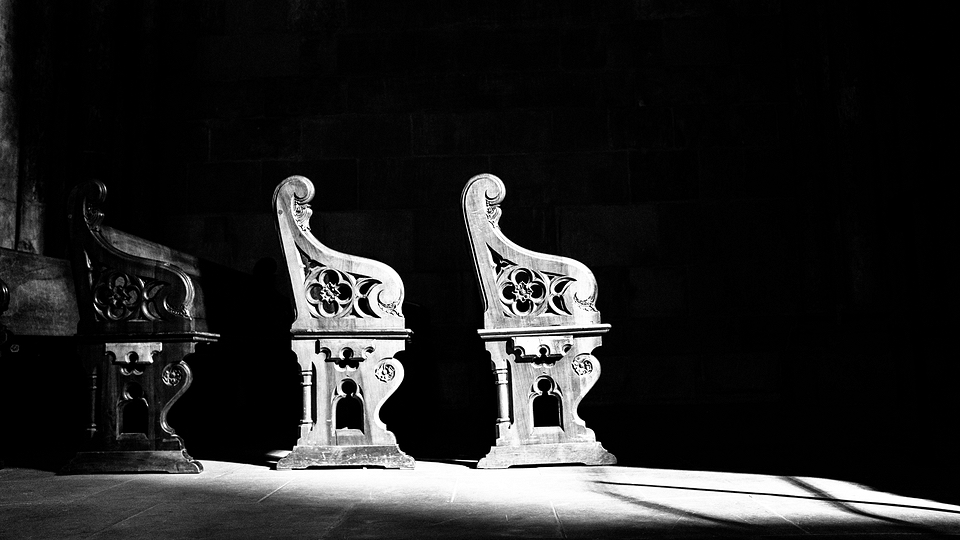 NOTE: This is part of an article by Vance Havner which appeared in the journal Logos on March 1, 1978. See also parts one and two.

The preacher of today must be apocalyptic:

He ought to sound like the book of Revelation, for we are living in a grand and awful time.

I heard a radio preacher some time ago take as his text, “When these things begin to come to pass, lift up your heads for your redemption draws nigh.” And he said, “Just as the crocuses are coming up now in springtime, so a new age of brotherhood and socialism is developing through educational legislation under religious auspices-the social gospeler’s paradise.  The crocuses are blooming because a new day has dawned.”

And I said, “God, have mercy on any preacher who can live in an hour like this and stand in pulpit croaking about crocuses.”

We are living in a day of beasts and seals, trumpets, four horsemen, the harlot, scorpions, and dragons. The sea of glass mingles with fire and earthquakes, falling stars Babylon, the bottomless pit, the lake of fire, Gog and Magog, the six hundred sixty-six and the downfall of the devil.  The great white city is coming down. It’s not time to tiptoe through the tulips.

The wonderful thing about all this is that it’s good news to a Christian but bad news to others, and bad news can be good news. When they shall say peace and safety, that’s good news, but sudden destruction comes.  But turn it around.  When men’s hearts fail them for fear of war and rumors of wars, famines, pestilence and earthquakes, that’s bad news.  But lift up your heads, because your redemption draws nigh.

It is just the other way around for a child of God. I’m not looking for something to happen; I’m looking for someone to come.  I’m not waiting for the abolition of war and poverty and urban renewal; I’m living in the Great Until.

In Georgia, some time ago, after I preached along this line a dear brother wrote me a letter. Instead of closing “Sincerely” or “Yours truly,” he simply closed “Until.” That’s a good way to do it.

On the tombstone of A. J. Gordon are these words: “Until He Come.”

A few years ago the dearest person I’ve ever known, the sweet little lady who for thirty-three years went with me all over America, went to heaven. I’m the loneliest preacher in the world today.  She died at 3:15 on Sunday morning; I preached at eleven.  I said that I haven’t lost her because I know where she is.  She’s not left me; she’s just preceded me and I’ll catch up with her shortly.

“Death can hide but not divide; she’s but on Christ’s other side.  She is with Christ and Christ with me; united still in Christ are we.”  After all, an old septuagenarian like myself doesn’t need to hang his harp on the willows, because I’ll soon be there.

She heard me preach on the living in the Great Until, and the last thing she scribbled on a pad because she couldn’t speak was, “There’s so much to endure that I can’t tell you about until…” But I have an idea that when we meet again, she’ll not tell me. Because it’ll all be forgotten in the glory of his presence.  After all, boot camp is about over for me, and my internship is just about ended, and I’m ready for the next chapter when his servant shall serve him there.

How will His enemies be made His footstool? By social action?  No.  When you’re up to your ears in crocodiles it’s not time to discuss how to drain the swamp.  We’ve got crocodiles.  When he comes again, he’s not coming to hold a summit conference with his enemies.  He’s not coming to reconcile.  He did that the first time.  He’s coming to destroy and conquer and subdue.  The day of reconciliation will be over and the day of retribution will begin.

I’m not looking for signs; I’ve seen plenty. I’m listening for a shout.  When you hear some scoffer say there are no signs of his coming, you’ve just seen another sign.

When I was a boy, I used to read novels, and always read the last page first, wanting to see how it turned out. Then I’d start at the beginning, and sometimes my hero might be up to his ears in trouble, but I’d whisper, “That’s all right.  I’ve known the end from the beginning and you’re coming out all right.”

I’ve got a Bible that reads along about the middle like the devil has it made, “truth forever on the scaffold, wrong forever on the throne.” But no matter how the devil struts across the page, I say, “Your goose is cooked from the start.”  I’ve got a Bible with no devil on the first two pages and no devil on the last two pages.  That’s because Jesus is the Alpha and Omega.

The only kind of preaching that will change men’s lives is the message of Christ crucified, buried, resurrected, ascended and coming again – preached by men who are anointed, authoritative and apocalyptic – men listening for a shout.