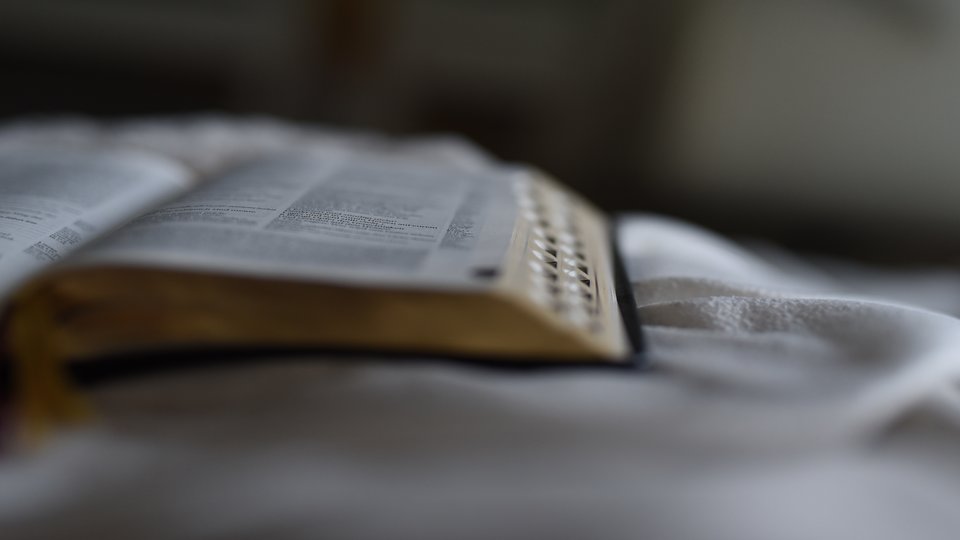 Maybe it shouldn’t come as a surprise when we learn how few unique vocabulary words there are in the Bible. If we discount the names and multiple locations mentioned (sometimes only once), the number of unique words drops even more. For instance, while there are just over six hundred thousand total words used from Genesis to Malachi in the Old Testament,[1]Margaret Hunter, “Bible Facts and Statistics”, April 29, 2013, Amazing Bible Timeline with World History, accessed September 19, 2019, https://amazingbibletimeline.com/blog/q10_bible_facts_statistics/. there are fewer than nine thousand unique vocabulary words used throughout all thirty-nine books.[2]Hunter, “Bible Facts and Statistics.” In other words, the biblical writers use a lot of repetition.

Let’s put the biblical word count in perspective. By the time an American child is eight years old, they will probably know ten thousand words.[3]R.L.G., “Lexical facts”, May 29, 2013, The Economist, accessed September 19, 2019, https://www.economist.com/johnson/2013/05/29/lexical-facts. An average American adult over the age of twenty knows more than forty-two thousand unique vocabulary words, and our vocabularies continue to grow as we age.[4]Liz Steelman, “Do You Know More Words Than the Average American?”, August 16, 2016, Real Simple, accessed September 20, 2019, https://www.realsimple.com/work-life/technology/communication-etiquette/how-many-words-english-language-test.

So, the Old Testament uses relatively few words, over and over. That is a key to interpretation. In the absence of variety, the biblical writers use repetition to make their points.  Jonah is a perfect example. Jonah is a mere forty-eight verses, but it is loaded with rich theological and linguistic content. The repetitive words are used by the author to suggest the themes of the narrative.

The first noticeable Hebrew words used repeatedly in Jonah are the divine names: Yahweh and Elohim. Yahweh, of course, is the revealed name of Israel’s self-existent God. Built on the verb to be, the name Yahweh (the “I Am” of Exod 3:14) is the preferred title/name for God used by the writer of Jonah. The author, in his role as narrator, uses the name exclusively with the exception of chapter three verse ten when he switches to Elohim in agreement with the king of Nineveh’s conclusion in chapter three verse nine that “God (Elohim) may turn and relent…”[5]Eli T. Evans, “Wordplay in Jonah”, September 23, 2016, Bible Study Magazine, accessed September 20, 2019, http://www.biblestudymagazine.com/bible-study-magazine-blog/2016/7/27/wordplay-in-jonah. Elohim, in Jonah, usually refers to God but is also used to describe other gods (1:5). Whenever the Gentile sailors and Nineveh’s non-Jewish king first refer to Jonah’s God, they initially use the title Elohim rather than the name Yahweh (1:6; 3:9). Jonah himself uses the term Elohim, especially when he is discussing God with the non-Jewish characters (1:9) or describing the kind of God (Elohim) Yahweh is (1:9; 2:6; 4:2).

Together, the words Yahweh and Elohim occur at least forty-two times. By comparison, the Hebrew words Jonah and Nineveh occur a total of only twenty-seven times. Even the most famous fish in the Bible is only mentioned three times.[6]J. Ted Blakley, accessed September 20, 2019, http://www.blakleycreative.com/jtb/Text/Wordlist_Jonah.pdf. Clearly, God is the main character of Jonah!

Along with the names and titles of God, the significant phrase “the word of the LORD” occurs seven times in the small book, including, not insignificantly, in the opening words of the first verse![7]Billy K. Smith, Frank S. Page, Amos, Obadiah, Jonah, vol. 19B, New International Version The New American Commentary, An Exegetical and Theological Exposition of Holy Scripture (Nashville, TN: B&H Publishing Group, 1995), 224. Throughout the book of Jonah, God is communicating and calling man through “the word of the LORD” into the divine purpose.

The author of Jonah is also not afraid to use superlatives. The book may be small and the plot simple, but from the narrator’s perspective, the themes are epic. For instance, the Hebrew word gadowl, frequently translated great, is used nine times.[8]Blakley, Wordlist Jonah. Nineveh is a “great city” (1:2; 3:2–3).[9]Blakley, Wordlist Jonah. A “great wind” and a “mighty tempest” (gadowl) create early drama in the story (1:4). A “great” fish swallows the prophet in one of the most memorable actions of divine discipline found in Scripture (1:17). The Hebrew word gadowl, translated “great” or “exceedingly” (1:16; 4:1), is used in every chapter in Jonah except chapter two.

The conflict in Jonah’s drama is explained by the Hebrew word ra’ah used ten times throughout the book.[10]Evans, “Wordplay in Jonah.” It’s the presence of evil that God, through the prophet, confronts in Nineveh. The word is translated as “evil” (1:2, 8), “disaster” (3:10), and even “discomfort” (4:6). The word ra’ah also occurs in every chapter of Jonah except chapter two.

Three other words are important for understanding Jonah. They all relate to motion or travel. The author has the characters going up and down a lot. In chapter one, the evil of the city went “up” before God (v. 2). When the evil went up, however, the prophet went “down.” First, he went “down to Joppa;” then the Hebrew text says he went “down” into a ship bound for Tarshish (v. 3). Jonah went “down into the inner part of the ship” (v. 5). Finally, he confessed from inside the fish he had gone “down to the land whose bars closed upon [him] forever” (v. 6). In total, the words “up” and “down” appear four times each in Jonah.[11]Evans, “Wordplay in Jonah.”

The last important word to consider is the word “sea.” Obviously, without the sea the story of Jonah could not be told; but the sea is mentioned an astonishing twelve times in the Hebrew text.[12]Evans, “Wordplay in Jonah.” Given the context of Jonah’s attempted escape from God’s plan, the multiple uses of the word “sea,” in only a few verses in the first two chapters, help to reveal a theme. The sea, in spite of its expanse and vastness, is only an easily controlled tool in the hands of a sovereign God who is able to use nature to accomplish His will.

As a pastor, I’ve noticed the book of Jonah is popular with children, because the image of a fish swallowing a man can light up childhood imaginations. Yet, in spite of its perennial popularly with kids in Sunday School, the brilliant use of language in Jonah reveals a sophisticated literary plan capable of intriguing believers of any age.