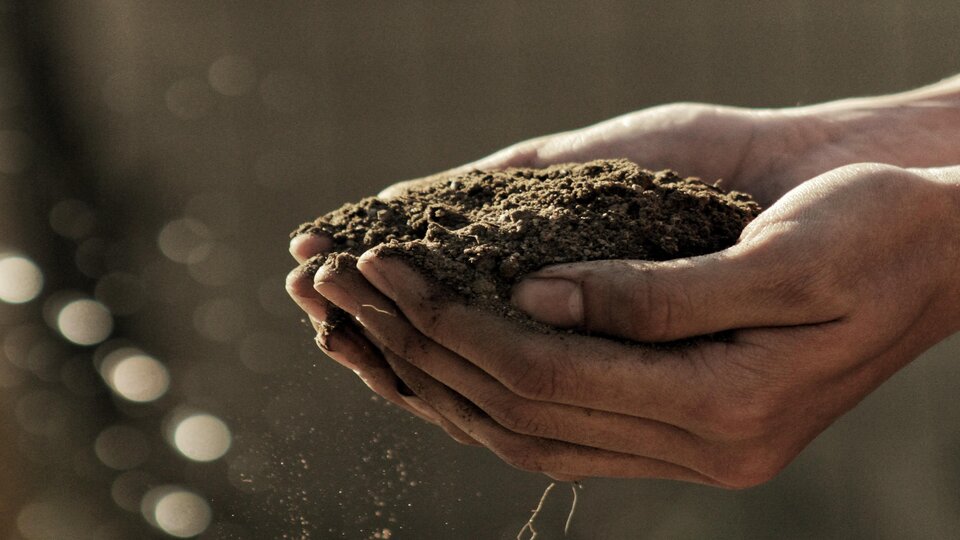 Most of my students majoring in Media Arts and Worship don’t take the languages. It’s understandable; Hebrew and Greek aren’t required for the M.A. at DTS. Most of these artists don’t see the practical need for the languages—after all, they insist, they are artists, not academes.

Then, it’s my joy to let them in on a secret: the languages, and in particular Hebrew, will unlock the text of the Old Testament in ways that will delight them aesthetically and will inform them theologically. Hebrew invites the careful student into a visceral world of sight, sound, texture, aroma, and taste. No other language that I know of invites us to immerse our imaginations and our intellect in the world of its origins.

The Holy Spirit, in communion with the human authors of the Bible, generated words that communicate across the centuries. Genesis, for example, is no provincial, land-locked text, but one whose words reach far beyond the pale of their individual denotative meanings. Moses employs sophisticated allusions to the false gods of Egypt in his brilliant polemic against Pharaoh. Metaphor, and simile abound—most of which are recognizable in a good translation, assuming the reader is familiar with the cultural setting in which Moses wrote.

There is, however, a facet of Hebrew that often escapes the notice of most English-only readers. Moses uses homonymic wordplay that worked for the Hebrew audience, but not for those of us who only have access to the text in translation.

One particularly beautiful example rises in the first chapters of Genesis. In chapter 2, verse nine we read, (BHW 4.18) וְעֵ֤ץ הַֽחַיִּים֙ בְּת֣וֹךְ הַגָּ֔ן וְעֵ֕ץ הַדַּ֖עַת ט֥וֹב וָרָֽע׃ (“…and the tree of life in the middle of the garden, and the tree of the knowledge of good and evil”). A casual reading of the Hebrew text might fail to notice the common word for “tree” (וְעֵ֤) nestled in the middle of verse 9, even though the masculine singular noun is repeated in the same verse to designate two very different trees. The repetition might provide the slightest hint of significance; however, it’s almost as though any further possible significance inherent in the rather innocuous “tree” is masked by the obvious functional importance of the two trees in the narrative: one is a source of life and the other a source of an intimate/experiential knowledge of the difference between good and evil. So, we are left with Adam and Eve to contemplate the trees in the middle of the orchard––and God’s singular prohibition against taking from the one tree.

Fast forward to Genesis 3:16, where we read the oracle against the woman and the man. Having disobeyed, both become immediately aware of their sin before the Lord, and they are ashamed. The oracle against the woman: (BHW 4.18): הַרְבָּ֤ה אַרְבֶּה֙  עִצְּבוֹנֵ֣ךְ וְהֵֽרֹנֵ֔ךְ בְּעֶ֖צֶב תֵּֽלְדִ֣י בָנִ֑ים (“Genesis 3:16 (NET): “I will greatly increase your labor pains; with pain you will give birth to children.”). Moses employs the Hebrew word for “pain” (עֶ֖צֶב) twice in the verse; translated “labor pains” and “pain.”

The word for “pain” (עֶ֖צֶב) in Hebrew is a homonym for the word for “tree” (עֵ֤ץ). Every time the woman suffered intense pain childbirth, she would recall the connection of her pain to the tree of the knowledge of good and evil, and the disobedience that led to her suffering. Imagine what a musician could do in composing an instrumental piece where he develops a “tree/pain” motif to remind his audience of the connection!

Perhaps to underscore the point, the Lord, in His oracle against the man in 3:17 repeats the word for “tree” (עֵ֤ץ): (BHW 4.18): וַתֹּ֙אכַל֙ מִן־ הָעֵ֔ץ אֲשֶׁ֤ר צִוִּיתִ֙יךָ֙ לֵאמֹ֔ר לֹ֥א תֹאכַ֖ל [“Genesis 3:17 (NET): “and ate from the tree about which I commanded you, ‘You must not eat from it,’”]. Then He tells the man that “the earth” (הָֽאֲדָמָה֙) has been cursed because of him (אָדָ֣ם). So, the meaning of the first man’s name is rooted to the earth that is cursed because of him. When we translate אָדָ֣ם as “Adam” and אֲדָמָה֙ as “earth” we completely miss the wordplay and the strong emphasis on the culpability of Adam that Moses intended.

The Lord continues to castigate Adam in telling him in 3:17, “…in painful toil you will eat of it all the days of your life,” (NET). (BHW 4.18): בַּֽעֲבוּרֶ֔ךָ בְּעִצָּבוֹן֙ תֹּֽאכֲלֶ֔נָּה כֹּ֖ל יְמֵ֥י חַיֶּֽיךָ׃. Note the extended wordplay with the repeated idea of “painful labors” (BHW 4.18): בַּֽעֲבוּרֶ֔ךָ בְּעִצָּבוֹן, thus reminding the man that he would also suffer pain as a consequence of his disobedience. As his transgression took place in the context of eating, he would be reminded of his own connection to the source of his pain upon every occasion that the earth would yield thorns where it might have yielded fruit.

In a final ironic twist, Moses uses Eve’s name (חַוָּה) as a wordplay on the Hebrew word for “life” (חַי). Verse 22 underscores the irony when the Lord forbids the man and his wife access to the “tree of life (הַֽחַיִּ֔ים]” lest they “live [חיה] forever” (v. 22).

As preachers familiar with Greek and Hebrew, we have the privilege of offering insights into the significance of words in the original text that may well elude most if not all the members of our congregations. Such homonymic/ironic word plays as these few we considered from the early chapters of Genesis serve to underscore the seriousness of sin and how the Lord justly calibrates the consequences of our sin to correspond to the severity and kind of sin committed. All sins are specific and personal. All consequences serve as mirrored complements to and reminders of those sins.

The original words of Genesis transport us back to a time when subtlety and nuance marked the transmission of the great stories of the Old Testament. Wise is the scholar who invests hours of study in the language that the Lord chose to record His message to us. Wise and blessed.

Reg Grant is Department Chair and Senior Professor of Media Arts and Worship at Dallas Theological Seminary in Dallas, Texas.