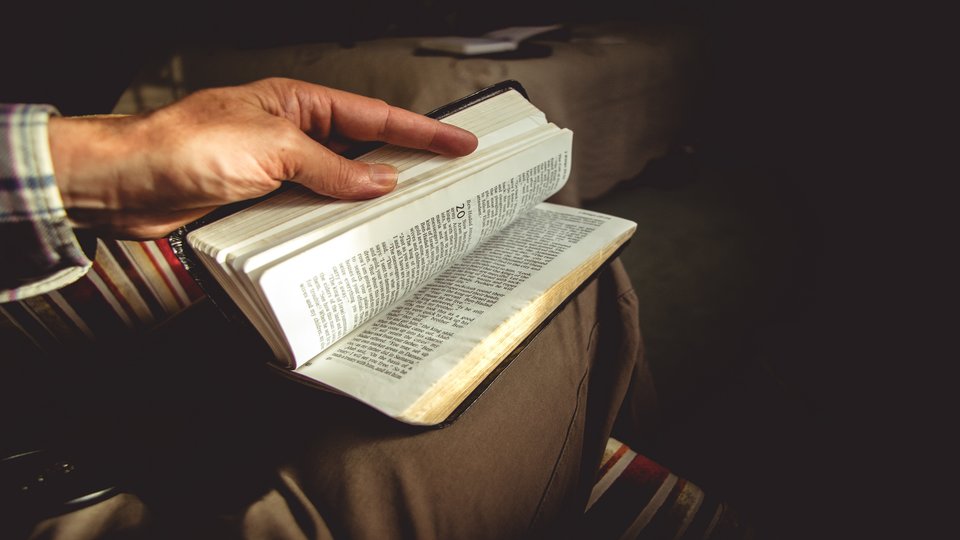 Let’s be honest: preaching is hard. Preaching from the Old Testament is harder. This is likely why it seems a majority of preaching in churches today comes from the New Testament. This is so much the case that it almost seems that we are susceptible to become “functional Marcionites” in our avoidance of preaching from the first testament. While we would never claim this title for ourselves, the little attention we give to the first (and larger) testament of the Bible would show otherwise. This has not always been the case in the Christian church. The earliest Christians preached text-driven sermons about Jesus solely from the text of the OT. They saw the Hebrew bible as inspired scripture (2 Tim 3:16). They interpreted these scriptures as a testament to the coming and salvation being brought by God’s chosen Messiah. Jesus himself, from the beginning of his ministry (Luke 4:21), to his very first words as the resurrected Lord (Luke 24), proclaimed that he was the center and fulfillment of the Law, Prophets, and Psalms (or writings)—the tripartite division of the Hebrew Bible. It is clear the apostolic witness is revealed in their preaching of Jesus—according to the (OT) scriptures.

The New Testament writers then were not writing to reinvent the faith but to interpret and present the life and teachings of Jesus as the locus of God’s redemptive and restorative work for mankind. The entire “canon” of scripture, then, is presenting to us Jesus, “according to the (OT) scriptures.” This is exactly what Irenaeus and other church fathers would describe as they defined for the rule (or canon) of faith for the church. With this pattern on interpretation, it is important for the modern interpreter of the OT to keep these things in mind. With the recent popularization of various Christological methods for preaching of the OT, as well as a renewed focus on the theological interpretation of the church fathers, there have been a number of helpful approaches to preaching the OT. The broadening field of biblical theology has seen significant developments in what has been called a canonical approach to understanding the scriptures. Theologians, such as G. K. Beale and Richard B. Hays, have also seen the important instances of intertextuality found between and within the testaments themselves. Ultimately, the goal of both of these interpretive methodologies is to bring the unity of the testaments to the forefront of biblical interpretation. My goal is to bring a brief introduction to these two methods and synthesize how they might apply to text-driven preaching.

Canonical interpretation was pioneered by Yale theologian Brevard Childs and brought into Southern Baptist life by the late OT scholar John Sailhamer. This canonical approach to biblical (mainly OT) interpretation places primary literary and theological focus upon the “final form” of the text. While seeing both of the testaments standing on their own with their own unique qualities and theological voices, they ultimately are seen together as one bible with one overarching theological message. Mark S. Gignilliat (Beeson Divinity School) in his recent work, Reading Scripture Canonically, states “the canonical approach is a theological framework for reading the OT as Scripture. It does not flatten the Scriptures into a monotone voice” (51). A canonical approach sees the NT as a theological witness to interpret and explain the theological witness of the OT in much the same way that the church fathers sought to present Jesus “according to the scriptures.” In a canonical approach, the modern interpreter is not only concerned with what the “original author” presented during the writing of a text. He is also very concerned with what the “final form” of the text is presenting to us. Essentially, the reality that a book of scripture is now part of scripture has weighty significance to its interpretation, not just how the author originally wrote the book. A favorite example John Sailhamer would use to explain this is seen in Jeremiah 29. In the composition of Jeremiah’s book, chapter 29 is a letter written to the exiles about loving and ministering to their pagan city. However, the meaning of that letter is no longer found merely as a letter of instruction to the exiles (the author’s original intent), rather its final form is now “inscripturated” by it being in the biblical (and inspired) book of Jeremiah. This affects our interpretation and understanding of the letter in its final form. In essence, the authorial intent of Jeremiah 29 is seen on its macro-level of placement within the final form of the book, rather than its micro-level as a letter written to the exiles. A canonical approach pays attention to the arrangement and sequence of passages and even the arrangement of biblical books that help the reader interpret the meaning inspired by the Holy Spirit.

Intertextuality, on a broad level, helps the reader see the canonical connectedness and unity of the scriptures. When surveying the literature on biblical intertextuality, the preacher will find numerous approaches that all seem to nuance the purpose and approach of using it for understanding and interpreting the scriptures. Greg Beale simply defines intertextuality as “ways later parts of scriptures refer to earlier parts.” More recently, he has referred to this literary occurrence as “inner-biblical exegesis.” This can be seen in the way the NT quotes or alludes (or “echoes,” as Richard B. Hays suggests) to particular parts of the OT. It is also seen in how particular parts of the OT interact, quote, or allude to earlier parts of the OT. It would seem this is a particular interpretive strategy of biblical writers across both testaments. As John Sailhamer writes, “it is not hard for later biblical writers to presuppose a knowledge of earlier biblical writings.” This was clearly part of their strategy, to explain how Jesus was the one proclaimed “according to the scriptures.”

How It Fits with Preaching

Text-driven preaching seeks to allow the substance, spirit, and structure of the text drive to substance, spirit, and structure of the sermon. A canonical approach to the Old Testament is particularly concerned with these same constructs, but on a broader level than just a specific pericope or paragraph. Canonical interpretation, while focusing on the final form of the text, pays attention to the arrangement of books and how their arrangement may serve as an intentional program of reading and interpretive guide for the reader. As text-driven preachers, we must be aware of our tendency to be overly myopic of our text rather than understanding its greater canonical and theological context. A helpful example of this canonical con-textuality (as Sailhamer calls it) is Ruth’s placement within the Hebrew Bible. In the Masoretic text, Ruth is not placed after Judges but is the first book of the Megiloth (or the 5 festal scrolls). This comes immediately following the book of Proverbs. So, Proverbs 31 ends with a picture of a virtuous woman, whose husband is “known in the gates.” Some have seen this as a direct intertextual link to Ruth 4:1, where Ruth’s husband, Boaz, sits in the gates of the city. This is an example of both con-textuality (book order and placement) and intertextuality. This helps the preacher see that these stories are intentionally linked, showing the reader that the virtuous woman is ultimately the one who has absolute faith in God, and in his plan to bring about redemption, restoration, and reconciliation for his people. If we miss this canonical reality in our peaching, we miss much of the message given to us.

Overall, a canonical approach to interpretation and intertextuality only helps the preacher have a wider picture of the overall intentionality of scripture—not just through its individual authors, but in the overall unified shaping and arranging of all 66 books of the bible.

Jonathan Catanzaro is the Director of IA Operations at Southwestern Baptist Theological Seminary in Fort Worth, Texas, and Pastor of Pleasant Run Baptist Church in Colleyville, Texas. He is also a Ph.D. student in Southwestern’s School of Preaching.