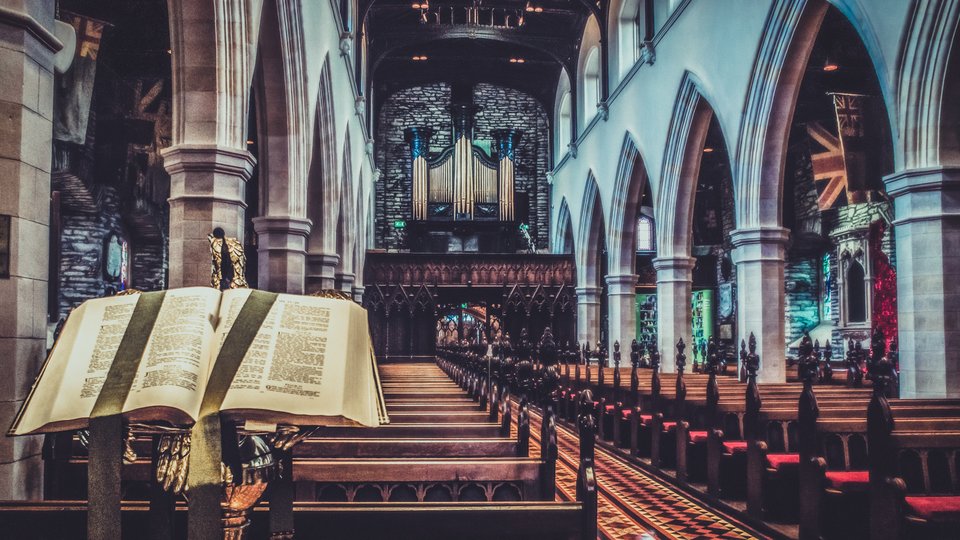 What Hath Geneva to do with Your Pulpit? How Calvin’s Theology of Preaching Can Impact Your Preaching

The name John Calvin can invoke various caricatures of a cold and emotionless theologian. Maybe you read the name and you have a visceral reaction to the very idea of Calvinism. Perhaps you were part of the “Young, Restless, Reformed” movement and champion a popularized version of Calvin. Needless to say, Calvin is a figure in church history that is often considered a friend or a foe. However, I suggest, regardless of your theological presuppositions, that Calvin’s preaching has shaped your personal preaching. Thus, Geneva has impacted and can further transform your pulpit ministry. In this article, I set forth four elements of Calvin’s preaching and how it can transform your preaching.

Also, we must conclude that Calvin’s influence is seen within the preaching of the early American colonies.[5]E. Brooks Holifield, Theology in America: Christian Thought from the Age of the Puritans to the Civil War (New Haven: Yale University Press, 2003), 10; 25-55. Also see Harry S. Stout, The New England Soul: Preaching and Religious Culture in Colonial New England (Oxford: Oxford University Press, 2011). Through the influence of Puritanism within the “new world,” Calvin’s theology found a new home in the Colonies. I assert, then, that the theological pre-cursor too much of our Evangelical preaching is Calvin’s theology of preaching.[6]Though Calvin never codified his homiletic theory, Scott M. Manetsch notes that Calvin’s homiletic was shaped by Renaissance humanism, the homilies of Chrysostom, and his own reflection on the content and style of biblical writings. He further shows how Melanchthon’s work influenced Calvin. See Scott M. Manetsch, Calvin’s Company of Pastors: Pastoral Care and the Emerging Reformed Church, 1536-1609, The Oxford Studies in Historical Theology Series (Oxford: Oxford University Press, 2013), 156-62. While other homiletical traditions have influenced American preaching (revivalism and existentialism), it is Calvin’s theology of proclamation that has predominantly influenced conservative Evangelical preaching. This proclamation theology of Calvin can be summarized into four major elements.[7]For a concise and accessible overview of Calvin’s preaching see Steven J. Lawson, “The Expository Pulpit of John Calvin,” in John Calvin: For a New Reformation, edited by Derek W.H. Thomas and John W. Tweeddale (Wheaton: Crossway, 2019), 159-97.

First, Calvin was an expositor of Scripture. For Calvin, preaching was “formally bound to the Scriptures.”[8]T.H.L. Parker, John Calvin: A Biography (Louisville KY: Westminster John Knox Press, 2006), 117. Calvin’s understanding of the bible as the Word of God resulted in biblical exposition. Scott Manetsch notes, “At the heart of Calvin’s hermeneutic and theory of preaching stands a particular understanding of the nature and authority of the sacred text.”[9]Manetsch, Calvin’s Company of Pastors, 158. Thus, Calvin confined “himself to the continuous exposition” of the text, thus, “the form of this [style of] preaching is determined by the movement of the text.”[10]T.H.L. Parker, Calvin’s Preaching (Louisville: Westminster/John Knox Press, 1992), 132.

Calvin would focus on a clause or sentence within the context of that given text, therefore, resulting in a flexible sermon form.[11]Parker, John Calvin: A Biography, 119. Historically, Calvin’s expository method was less refined stylistically than the Scholastic Sermon (thematic sermon) and reflected a more Patristic model of preaching (homily). The text of Scripture was the sole basis for his sermons.[12]Beeke, Reformed Preaching, 41.

In the past several decades we’ve seen a much need resurgence of expository preaching. Within the preaching departments of our six SBC seminaries, expository preaching is taught and championed. We owe much of this to Calvin.[13]Of interest is Calvin’s influence through Jean Claude (French Huguenot) upon John Broadus, founder of SBTS. See John Broadus, On the Preparation and Delivery of Sermons (Mulberry IN: Sovereign Grace Publishers, 2000). Also see, Denny Autrey, “The History of Expository Preaching,” https://preachingsource.com/blog/the-history-of-preaching-part-1-claude-to-broadus/ Expository preaching takes the Word seriously.

Second, Calvin advocated for a Christocentric model of preaching. For Calvin, Christ was the apex of Divine revelation in the Scripture.[14]Packer, A Quest for Godliness, 99-101. For Calvin said, “The Scriptures should be read with the aim of finding Christ in them.”[15]Manetsch, Calvin’s Company of Pastors, 161. This resulted in a sermon that brought the hearer to Christ. Parker concludes that “redemption of God in Christ” was heard daily from Saint Pierre’s pulpit (Calvin’s pulpit).[16]Parker, John Calvin: A Biography, 122. Listen to Perkins who states that all preaching is, “to preach one Christ, by Christ, to the praise of Christ.”[17]William Perkins, The Art of Prophesying and the calling of the Ministry (Carlisle PA: The Banner of Truth Trust, 1996), 75. The Art of Prophesying was first published in Latin (1592) and then English (1605).

While debates may rage in homiletical circles regarding how one ought to preach Christ, one cannot deny that preaching Christ is the goal of all preaching. This Christ-centered emphasis goes further back than the Reformation. It was the heartbeat of the Apostles and subsequent generations. For contemporary Evangelical preachers, the invitation to trust in Christ is paramount. Christ should be exalted from every pulpit.

Third, Calvin’s preaching could be described as “sacramental preaching.”[18]John Calvin, Institutes of the Christian Religion, translated by Henry Beveridge (Peabody MA: Hendrickson Publishing, 2008), 4.14.4. This aspect of Calvin’s preaching may make some Evangelicals uncomfortable. However, for Calvin, preaching was the very means by which Christ speaks to His people.[19]John Calvin, “When the gospel is preached in the name of God, it is as if God himself spoke in person.” See John H. Leith, “Calvin’s Doctrine of the Proclamation of the Word and Its Significance for Today in the Light of Recent Research,” Review and Expositor, 86 (Winter 1989): 31. Also J. Mark Beach, “The Real Presence of Christ in the Preaching of the Gospel: Luther and Calvin on the Nature of Preaching,” Mid-America Journal of Theology 10 (1999): 92. He argues, “For among the many noble endowments with which God has adorned the human race, one of the most remarkable is, that he deigns to consecrate the mouths and tongues of men to his service, making his own voice to be heard in them.”[20]John Calvin, Institutes of the Christian Religion, 4.1.5 (Emphasis added). Calvin also says a man “preaches so that God may speak to us by the mouth of a man” so that the congregation “heard the very words pronounced by God Himself.”[21]John Calvin, quoted in Parker, John Calvin: A Biography, 117. Parker concludes, “[For Calvin] the sermon, we might say, is the audible Eucharist…Calvin was fond of saying that in the pulpit Christ must preside.”[22]Parker, John Calvin: A Biography, 123. Yuille notes that this particular aspect shaped Perkins and the Puritans.[23]J. Stephen Yuille, “A Simple Method: William Perkins and the Shaping of the Protestant Pulpit,” Puritan Reformed Journal 9, 1 (2017): 225.

If there is one element missing within contemporary Evangelical preaching, it is the historical view of sacramental preaching. Preaching is the very means by which Christ meets His people via His Word. We must not hold the hard distinction between the Living and Written Word. On the contrary, it is through the Written Word that the Living Word reveals Himself by the Spirit. We are not explaining a historical document. We are proclaiming the very Word of Christ and by extension, it is Christ preaching to His people.

Lastly, Calvin preached experientially. Beeke argues that, “Calvin believed that the truth of Scripture is foundational to Christianity, yet truth must be experienced in the form of experimental knowledge.”[24]Beeke, Reformed Preaching, 24. Therefore, the truth of Scripture must be personally experienced. This would mean that those who communicate the Word must also experience the transforming reality of the Word. The truth we preach must transform us personally. It must be experienced. As we stand to preach the Word, the Word needs to take root in our hearts.

In commenting on Calvin’s preaching, Conrad Badius states that the reformer’s preaching was “pure, plain, and appropriate for the text that he is examining” and “well-suited for the capacity of his sheep.”[25]Conrad Badius, quoted by Manetsch, Calvin’s Company of Pastors, 164. In following Calvin, we do not have to embrace His overall theological scheme (e.g. Calvinism as it has come to be known). However, we should be able to apply his preaching elements to our current preaching ministry. We must preach Christ’s Word. We must preach Christ from the Word. We must allow Christ to preach His Word through us. We must be shaped by the Word of Christ. In this way, Geneva can impact your pulpit.

Michael Cooper is the Pastor of Grace Community Church in Mabank, Texas, and a Preaching PhD student at Southwestern Baptist Theological Seminary.