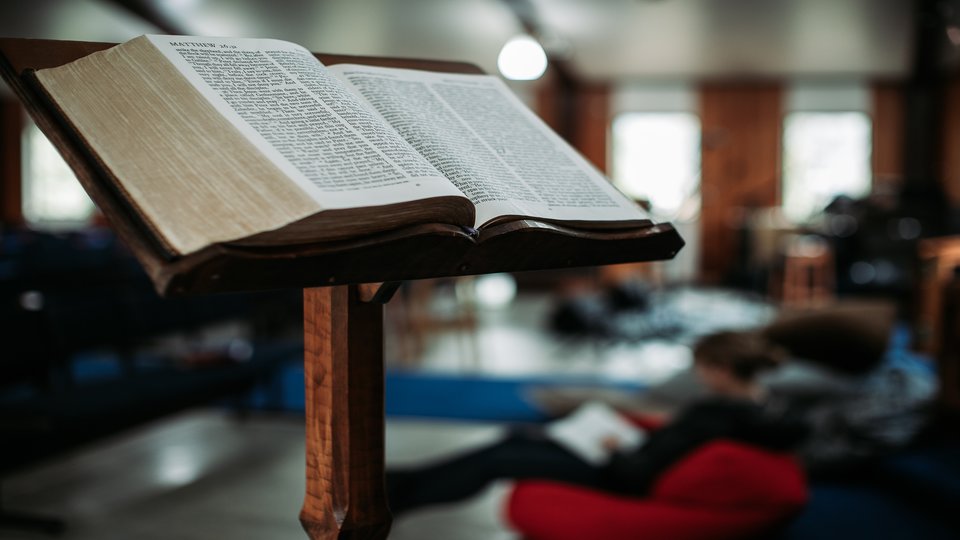 Twist the Lid, Not the Scripture: An Argument for a Text-Driven Approach

I recently saw a cartoon of a man attempting to open a jar of pickles. As he struggled with the herculean task, he grunted, “I can do all things through Christ who strengthens me!” A woman standing next to him said, “It’s a pickle jar, Tom… Twist the lid, not the Scripture.” Though this is intended to be funny, when you stop and think about it, the twisting of Scripture is no laughing matter. Hence the reason Paul admonished Timothy in 2 Timothy 2:15, “Be diligent to present yourself approved to God as a workman who does not need to be ashamed, accurately handling the word of truth” (NASB). The Greek participle rendered “accurately handling” literally means “to cut straight.” Those of us that handle the sacred text have an enormous responsibility to cut it straight and not deviate from the author’s original intent. I am tempted to capitalize the “a” in “author” because ultimately it is God’s intended meaning of the text. The technical nomenclature to describe the egregious act of “twisting” God’s word is the word “eisegesis.” The “eis” preposition means “into” and thus, “eisegesis” is reading into a text something the original author did not intend.

At least since the time of John Broadus, sermons have been classified as one of three types, namely topical, textual, or expository. In the modern day, these three types might be called topical, text-centered, and text-driven, but regardless of one’s nomenclature or nuanced meaning of each term, a commitment to a text-driven approach is more likely to produce an accurate interpretation of a given text—one that does not twist the author’s original intent. The reason for this has to do with the nature and aim of each sermon type.

Generally, a topical sermon is constructed by the preacher as he pulls a topic from a given pericope. He then pulls in other “proof texts” to support his topic in an outline that he has formed. The original pericope under consideration only serves as a “jumping-off point” for the preacher in a topical approach. Other passages used in the sermon are generally used in the same manner or only as confirmation and support of a given topic or point. From the outset, a topical approach to the text is not necessarily concerned with using the basic historical-grammatical hermeneutic in order to exegete or mine out of a pericope the various truths contained therein, simply because this is not the aim of topical preaching nor the nature of it. The aim and nature of topical preaching is to highlight only a specific truth within a small portion of the text, oftentimes with serious hermeneutical contemplation thrown to the wayside. When a small portion of Scripture is divorced from its literary and historical context, the error of eisegesis increases dramatically. For example, Revelation 3:20 has been used by topical preachers as a call for sinners to receive Jesus into their hearts. In context, however, and after sound hermeneutical reflection, the verse is actually a call for believers to receive Jesus back into their fellowship. The author’s original intent is more easily overlooked by a topical approach to the text and the chances of twisting the Scripture increases dramatically.

The same problems abide within a textual or text-centered approach. Text-centered sermons often masquerade as expository or text-driven sermons but they actually have more in common with the topical sermon than they do the text-driven sermon. Again, the nature and aim of a text-centered sermon is not to exegete or mine out the various truths contained in a pericope but rather only to highlight a few—almost always three—general truths that are located somewhere within the text. After the general truths are lifted from the text and then supported by other prooftexts taken from other passages, the remainder of the pericope is discarded or ignored in a text-centered approach. It is true that a text-centered approach contains more than one topic that is lifted from a pericope but the few truths being highlighted, more often than not, are not the original author’s major points in the pericope. Every pericope has mainline and subordinate material. One homiletician calls it “big bone” and “little bone” material. The text-centered approach generally does not consist of a detailed hermeneutical analysis, in which, a bifurcation is made between the big bone and little bone material. Thus, there is a higher probability in a text-centered approach to highlight and emphasize something the original author did not intend to highlight or emphasize. This too is a subtle form of twisting the text and eisegesis. For example, 1 John 2:16 contains three genitival phrases—the lust of the flesh, the lust of the eyes, and the pride of life. A text-centered approach to this verse totally dismisses the rest of the pericope, pulls the three genitival phrases out and builds a whole sermon around them using various prooftexts. The text-centered disregard for a serious hermeneutical analysis of a pericope that seeks to separate the original author’s big bone and little bone material has resulted in a whole sermon built around subordinate phrases and totally misses the two main points in the pericope.

In tremendous contrast to a topical or text-centered approach, a text-driven approach to a pericope seeks to robustly cover the total scope of a given passage with the goal of reproducing the spirit, substance, and structure of the original author. The nature and aim of a text-driven approach demands that a pericope be treated with the highest degree of hermeneutical analysis, including a textual and semantical survey in order to rightly determine mainline and subordinate material so that the text, which is “king,” may be accurately delivered to the hearers without a scintilla of eisegesis. If the average “Tom” is seeking only to twist lids and not the sacred text, the text-driven approach is the most reliable way to obtain that goal.

Vern Charette is the Pastor of First Baptist Church in Coweta, Oklahoma.