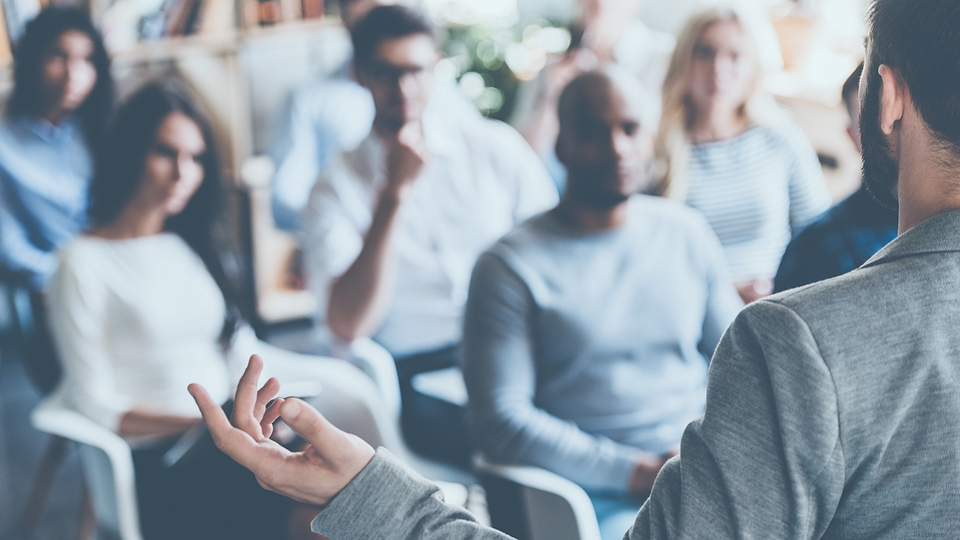 The Temptation of Preaching: Exalting Christ or Magnifying Self

Is it possible to be sinful in our preaching? Is it possible that preachers can be consumed with self in the very moment they are supposed to be consumed with a message from God? I think we all know the sad answer is that it is indeed possible. Human beings have the unique ability to mar what is sacred, allowing it to be perverted for their own glory. Preaching is no exception. Preachers can, by virtue of their persistent brokenness, begin to allow the preaching event to become a showcase for their perceived brilliance rather than a demonstration of the power of the Spirit and the glory of Christ.

With this potential temptation in mind, preachers must be vigilant to guard against usurping the preaching event for the magnification of the self. The question, though, is how one does this. As it happens, the Scripture addresses this temptation in the writings of the Apostle Paul to the Corinthian church. In his first recorded letter to the Corinthians, Paul deals with a charge that has been levied against him regarding his oratory skills (1 Cor. 1:10–2:5). His resistance to using the rhetorical devices of the day in order to impress his audience led to questions regarding his adequacy as a representative of God to the church. After all, why would God choose him when there were better speakers in the church who spoke with more skill and authority?

These questions were somewhat natural, though, given the practice of the Corinthians during the first century. Corinth was a town obsessed with sophistry, or the formation of wise-sayings for entertainment. Sophists would eloquently present speeches that valued form over substance; beauty was prioritized over content. In fact at the Isthmian Games, the Sophists would compete with “great showmanship” to win the honor of best rhetorician.[1]Alan F. Johnson, 1 Corinthians (IVP 7; ed. Grant R. Osborne; Downers Grove, Ill.: IVP, 2004), 62. The Corinthians, then, placed a high value culturally on one’s ability to speak publically and maintain their attention. Whichever speaker could entertain the most won the affection of the people.

Unfortunately, this cultural value had made its way into the church in Corinth and was causing divisions. People within the church began to identify with the pastor they thought displayed the best oratory skills instead of identifying with Christ. They were acting as their culture would have suggested, choosing to lay their loyalty behind Apollos, Cephas, or Paul as their leader based on their ability to speak with championship-caliber rhetoric (1 Cor. 1:12).

Paul, however, wants no part of these games. He does not want people in the church to be tied to him or his abilities. Rather, he wants them to be devoted solely to Christ. He wants them to love Christ and what he has done more than they love this servant of Christ. Because of this driving motivation, Paul chooses to reject the practice of his day, choosing to rely upon the power of the Spirit and the message of Christ more than manipulative rhetorical skill. “For Christ did not send me to baptize but to preach the gospel, and not with words of eloquent wisdom, lest the cross of Christ be emptied of its power” (1 Cor. 1:17 ESV).

Now, that does not mean that Paul abandoned the use of any rhetoric whatsoever. He necessarily employed some rhetorical devices. Any person speaking publically must speak in the confines of their language, utilizing the best practices of sentence structure and word choice to convey the intended message. Paul, though, committed himself to a restrained rhetoric. He resisted the cultural norm of relying upon rhetorical games to win people to himself. Rather, he strove to rely more upon the power of the Spirit and the message of Christ because of his conviction that the preaching event was primarily about Christ and not the preacher.

Paul’s example provides a challenge for the preacher today. What are we relying on to win people to Christ? More importantly, what does what we rely on say about the true focus of our preaching? Are we certain in our hearts every time we stand to preach God’s Word that we are only striving to lead people to love Jesus, or is there a piece of our heart that also wants people to love us?

In true preacher fashion, I would like to offer three helpful practices to aid us in our attempt to only exalt Christ as we preach.

1. First, we must remember who we are; remember who we truly are. Preaching is a dangerous endeavor for broken men to attempt. In our flesh, we crave the applause of men. We can desire the attention of people, and every time we stand behind a pulpit to preach, we can get it. It does not matter if it is 50 people or 5000 people. They are looking at us as we stand to preach God’s Word. If we are not in a place of true humility before the Lord, the sheer act of preaching can begin to build our pride, causing us to think more of ourselves than we should. Friends, we are sinners saved by grace. We are pilgrims, striving to be like Christ. We are under-shepherds, serving the Chief Shepherd until he appears. And remember, God spoke through a donkey. He can speak through anything, and often he chooses the most broken instruments in order to more clearly display his glory. We must not think too highly of ourselves.

2. Second, we should wrestle with the intent of our sermon choices. Let me clarify what I mean here. I am not speaking about the choice of what the message is. That, of course, is determined by the text. What I am suggesting here is for us as preachers to consider what our aim is when we write a phrase or craft an illustration to support the message of the text. I recognize there is a fine line here because I think the Lord honors creativity that is utilized on his behalf. But I also think there are times when we want to turn a phrase or offer an illustration because of how it shows our cleverness or our rhetorical skill. We need to be honest before the Lord in these moments, confessing that desire to take some of the glory that is solely reserved for him in the preaching event. I should not want people to be more amazed by my wit than they are by the gospel. Any distraction of this nature can be detrimental to the listener, and it can also be a drug for our flesh.

3. Finally, we must rest in the promise of John 12:32. Jesus says to his disciples that when he is lifted up, he will draw all people to himself. When we point people to Christ crucified, when we unveil Christ resurrected, when we help them behold Christ ascended, the promise is that he will draw. Through the Spirit, Christ will bring people to himself. That is not our work. That is his work. That work is too big for us. All we can do is point people to him. No matter our skill, it cannot replace the work of the Spirit. So, let us be sure we are at least spending as much time begging the Lord to do something supernatural through our sermons as we are crafting them, because without his blessing there will be no true, transforming power.

Fellow preachers, may we strive to reject the tendency to put too much of ourselves in our sermons. Christ must be the focus. He must be the hero. He must be the message. After all, were we crucified for the people listening to us? Were they baptized in our name? Let’s magnify the one who actually deserves to be celebrated and guard ourselves against even indirectly averting the focus of our listeners from him.

Jared Richard is the Senior Pastor of First Baptist Church in Irving, Texas.