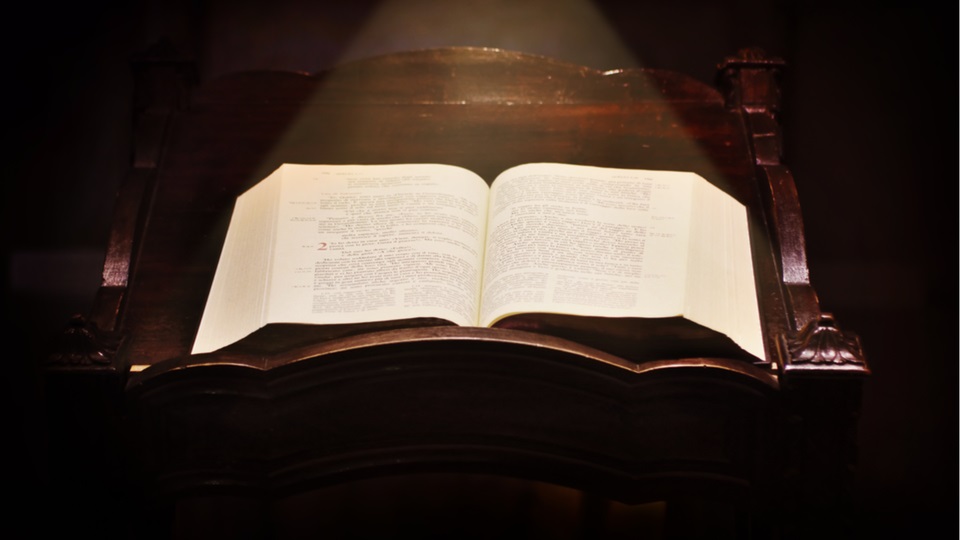 The Preacher As Expositor

The nature of the expository sermon comes into clearer focus when you consider the meaning of exposition: putting something out in public view, uncovering it, and opening it up. In its simplest sense, an expository sermon shows the listener what is in the biblical text. Factors such as the outline, rhetorical design, and overall communication style of the sermon are extraneous to this basic understanding of biblical exposition. The only real question is: Does this sermon expose this biblical text? If the answer is yes, the sermon is expository.

We can see an example of this kind of expository preaching in Nehemiah 8:8 as Ezra the priest and those who assisted him proclaimed the Word of God to the children of Israel: “So they read distinctly from the book, in the Law of God; and they gave the sense, and helped them to understand the reading.” Three elements of expository preaching are evident here. First, “they read distinctly from the book.” The Hebrew term translated “distinctly” carries the notion of making something clear, even including the idea of translating language that is foreign to the listener. Second, “they gave the sense,” meaning they explained the insights and principles of God’s Law. Finally, they “helped them to understand the reading.” That is, they helped listeners to grasp both the meaning and the application of the passage they had read.

Just as Ezra did for the people of Israel, an expository preacher opens up the Bible, unfolds its meaning, gives its sense, and makes application of it. Whether he preaches from a passage that is short or long, with an “expository outline” or without one, a preacher who is committed to bringing messages that say what the biblical text says can rightly be called an expositor.

Second, an expositor will be committed to the expository series. As I have described it, an expository sermon is a single event, an individual message that exposes the meaning of a passage of Scripture. Such a message might be preached within a series of sermons through a book, as a stand-alone message, or even as part of a thematic series. However, the best kind of expository preaching takes place within a plan for preaching sequentially through books of the Bible. Here are some reasons I say this:

The expository series also honors the nature of Scripture itself. The Bible wasn’t written in a random or scattershot fashion, a verse here, a passage there. Instead, the material flows with continuity and cohesion. When a pastor preaches consecutively through an entire Bible book or a major section of a book, both he and the congregation gain an understanding of how each individual passage fits in context.

The expository series puts the highest emphasis on the Word of God. Preaching through books draws maximum attention to the Bible itself as the source of the preacher’s message. When the pastor preaches though books of the Bible, the congregation becomes aware that Scripture is guiding not only each individual sermon, but the whole direction of the pastor’s preaching ministry.

The expository series creates a deep knowledge of the Bible as a whole. Both the pastor and the congregation will become more intimately acquainted with the Bible through a steady diet of expository preaching through books. The pastor will grow in his knowledge of Scripture and will preach with excitement and joy as he discovers new things in the Bible. The congregation, in turn, will develop a greater hunger and thirst for the Scripture as the pastor teaches them paragraph by paragraph through a book.

The expository series makes the preacher work hard. Anyone who says preaching expository sermons is easy either has never tried it or preaches dry, boring messages that don’t require much effort. Preaching through every text in a Bible book, even though texts he might not have chosen to preach, forces the preacher to dig into the Bible, to study the text grammatically, historically, and theologically, and to devise interesting ways of communicating biblical truth to the congregation.

The expository series ensures balance in your preaching ministry. The breadth of material contained in any single book of the Bible is amazing. Preaching through books enables — indeed, forces — the preacher to deal with subjects he might have intentionally avoided or unintentionally neglected.

The expository series meets the basic needs of the congregation. The problems and needs addressed in the pages of Scripture are the same issues facing humanity today. Through systematic exposition of Bible books, the preacher will be able to deal pointedly with the needs of people without being guilty of preaching his own ideas rather than God’s Word.

ABOUT: Dr. Stephen Rummage is the Senior Pastor of Bell Shoals Baptist Church in Brandon, Florida, a multi-campus church with over 9,000 members in the Tampa Bay area. He currently serves as the chairman of the Southern Baptist Convention Executive Committee and president of the Florida Baptist Convention. His Planning Your Preaching: A Step-by-Step Guide for Developing a One-Year Preaching Calendar (Kregel Publications, 2002) is used widely as a seminary and college textbook.