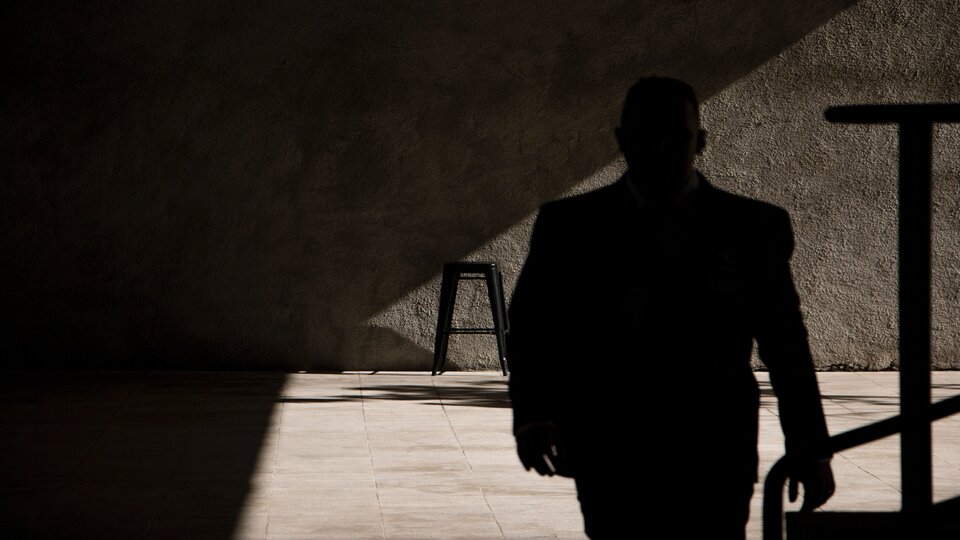 Perhaps one of the most monumental events in my life was when I left my hometown of Flint, Michigan, to attend Prairie View A&M University in Texas. I remember scrambling money together from family and friends to help me to pursue my academic and professional goals. Literally hours before I would board the Greyhound bus heading 1,400 miles south, I had enough money to get through the new student orientation along with all the associated fees. My father gave me two crisp hundred-dollar bills. As I was preparing to leave, he offered me invaluable counsel that I have not forgotten and has far outlasted the money: “Gaidi, show ‘em what you got.” Though I did not yet fully comprehend the significance of what he said, or even why he said it, those words have resonated in my heart and mind for over two decades. In effect, he told me to display what was in me. Accordingly, if I was to achieve at least a modicum of success, I was to dig deep within in order to show who I really was. That’s a great illustration of what character is—a display of one’s innermost makeup.

In a real sense, the waiting congregation wants to know what gives the pastor the right to instruct them in the things of God. They want to know who the pastor really is. Beyond your résumé, biographical sketch, and curriculum vitae, who are you? What’s in you on Monday morning after you have delivered your well-structured sermon? How is your devotional life? How do you treat your wife and children when no one is looking? What websites have you visited lately? Who are you beneath your clergy regalia? Do you pray as often as you advise us to pray? Can I, as a member of the church, trust you to lead me in my spiritual journey?

Pastor, even if never voiced, inquiring minds really do want to know. And, like it or not, they have contrived the answers to these questions long before you open your Bible to proclaim, “Thus says the Lord.” Succinctly put, character speaks before you speak.

Ours is a day of advanced technology. Research can be done on virtually any subject and anybody within seconds. Gone is the day when one’s past had to catch up with him before any skeletons were forced out of the closet. The very moment something happens, a video is posted on some form of social media for the world to see. More than likely, when a preacher stands to preach, someone in the pews has already googled him. They know where he has received his education, to whom he is married, how many children he has, and any deleterious news that has been published about him. For those who are not computer savvy, they have access to tried and true connections on the proverbial “grapevine.” Somebody knows somebody who knows you.

The character gauge was altogether different during biblical times. Individuals generally had to be studied over time before an assessment was made. Sure, there were times when someone vouched for another, like when Barnabas vouched for the apostle Paul because his past actions warranted a verbal footnote as to how and when Paul’s change had come (Acts. 9:27). However, the typical method of character appraisal encompassed prolonged observation. The idea was that what was in a person—good or bad—would eventually manifest itself. A perfect illustration of this in found in the Old Testament. Here there is a juxtaposition of two disparate character traits from two different men: Elisha and Gehazi. An unnamed Shunammite woman had observed Elisha’s daily routine as he went about in his prophetic function. There was something about his actions that caused her to perceive him to be a “holy man of God” (2 Kings 4:9). In our vernacular, he had the swagger of a man of integrity. He carried himself as a man of God should. He made no suspicious pit stops along the way. He was not guilty of frequenting unsavory places. Apparently, there was no negative press concerning the prophet. He had not knowingly wronged anybody. He was not being sued for using his prophetic office to manipulate vulnerable people. He was, in fact, a holy man of God. Otherwise, this prominent woman would not have gone through such extremes to accommodate him in her and her husband’s home. Chapter 5 offers a clear picture of Elisha’s impeccable character, for he healed Naaman, a foreigner of influence and financial means, without looking for any kind of remuneration. His aim was to represent the God of Israel. He was not a prophet for profit, so to speak.

Later in chapter 5, However, Gehazi, Elisha’s servant, proved himself to be the exact opposite. He attempted to use his influence and connection to Elisha to garner pay for the miracle that Elisha had performed for free. To make matters worse, he employed Elisha’s good name, citing that he had been sent by Elisha to collect a talent of silver and two changes of clothes as payment for the miracle (2 Kings 5:22). Elisha punished the greedy servant for his dishonesty by striking him with leprosy, the very disease from which Naaman had been healed. Aside from his leprosy, Gehazi will be forever marked in biblical history for his infamous actions. He, like Elisha, merely displayed what was in him. Character has no other choice but to speak, and there is always someone paying attention to what is being said and done by the pastor. The pastor must be above reproach. Eventually, you will, like my father said, show ‘em what you got. A warped ethos may not appear to have an immediate effect on one’s preaching ability, but it always, to some degree, tarnishes one’s credibility.

Gaidi K. Burgess is the Senior Pastor of Greater Mt. Zion Missionary Baptist Church in Houston, Texas, and a Ph.D. student in Southwestern’s School of Preaching.