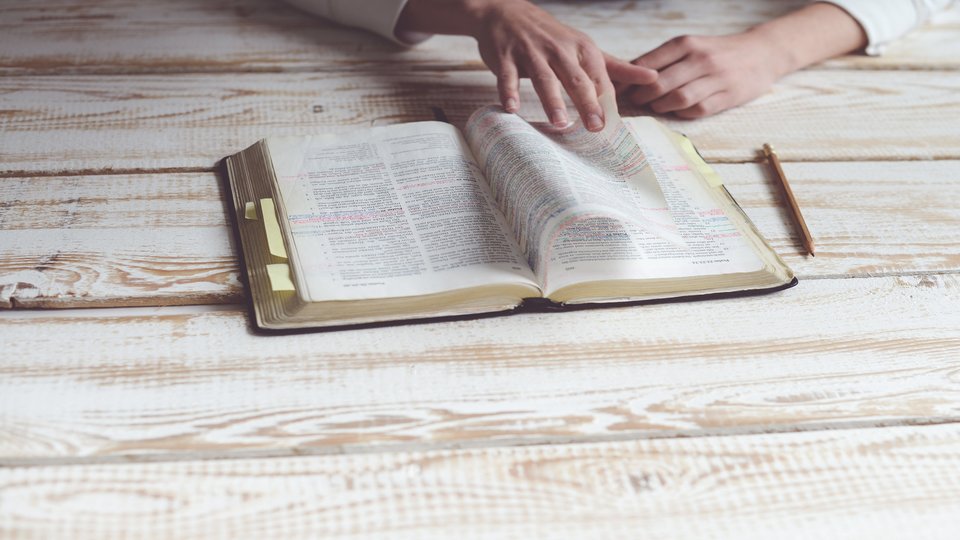 The Danger of Preaching a Doctrine and Not a Text

Who cares if you preach a doctrine, especially orthodox doctrine, instead of a text? You may think “danger” is melodramatic. My goal is to show you the potential dangers when we preach a doctrine instead of a text. Preaching a doctrine and preaching a text are not the same. The difference is not merely organizational. If you rearranged the verses of Scripture you would not end up with Bavinck’s Reformed Dogmatics. Scripture is a story, not a system. We do formulate our systems out of this story, but the story comes first. Another difference is a text speaks but a doctrine is built. One is active and the other passive. One has the hand of God all over it and the other has the hands of men.

There are, then, three related dangers: imposition, supposition, and deposition. Since caution is needed, at the end I propose a solution. This solution will also be your best defense against these dangers. Let’s look at the three potential dangers.

Sadly, the preacher who isolates a doctrine “out” of a text, is only discovering his own imposition on the text. He may say he “discovered” the meaning, but all he has discovered is own machination, the silly edifice constructed in the text only after he invaded it. What leads one to such a violent act on a text? It is partly because the text has been undermined. This is the danger of supposition.

Supposition. In order to impose, one must undermine the text. In one sense, supposition is when the preacher already knows what the text says. He is convinced the text teaches a certain doctrine, and, therefore, there is the obvious danger he will not prepare as he should. But supposition is even more insidious. To come to a text in this way is to put one hand over the Lord’s mouth, to put your other index finger over your lips, and tell the Lord, “Shh.”

The danger is the same as imposition. We do not let the text speak. We do not give people God’s Word, we give them our word. We give them something we’ve built, our system, our structures, our portraits. We would rightly consider him a fool who critiqued Rembrandt as he painted his self-portrait. If it is true that Scripture portrays an ideal world, and if Scripture is God’s own self-revelation, supposition is to approach the portrait only to say to the Painter, “You should have done it this way.” With a sanctimonious shove, we push the Painter aside. In order to impose, we undermine, and in order to undermine, we must deposition authority. One must participate in a homiletical coup. This is the danger of deposition.

I hope you see that preaching doctrines instead of texts involves very real potential dangers. I am not saying that you should never preach doctrines or the traditional theological loci. It is possible to preach a doctrine and not a text. It is almost impossible to preach a text and not preach doctrine. I am not saying that if you preach a doctrine that you are committing any one of these—but you might—and that is the point. I want to point out the serious dangers of preaching a doctrine and not a text. This post hopes to highlight the dangers of consistently preaching doctrines instead of texts. If you preach a doctrine but mishandle the text, then all you have accomplished is to “mispreach” the text.

What is the solution? God (and text) must be the authoritative party. The text must be respected (it’s structure, substance, and spirit) and not undermined. The text must not be violated and imposed upon by the preacher. The text must be allowed to speak. How, then, do we best avoid these potential dangers?

Jason Corn is the lead pastor at Calvary Baptist Church in Andrews, Texas, and a current PhD student in preaching at Southwestern Baptist Theological Seminary in Fort Worth, Texas.