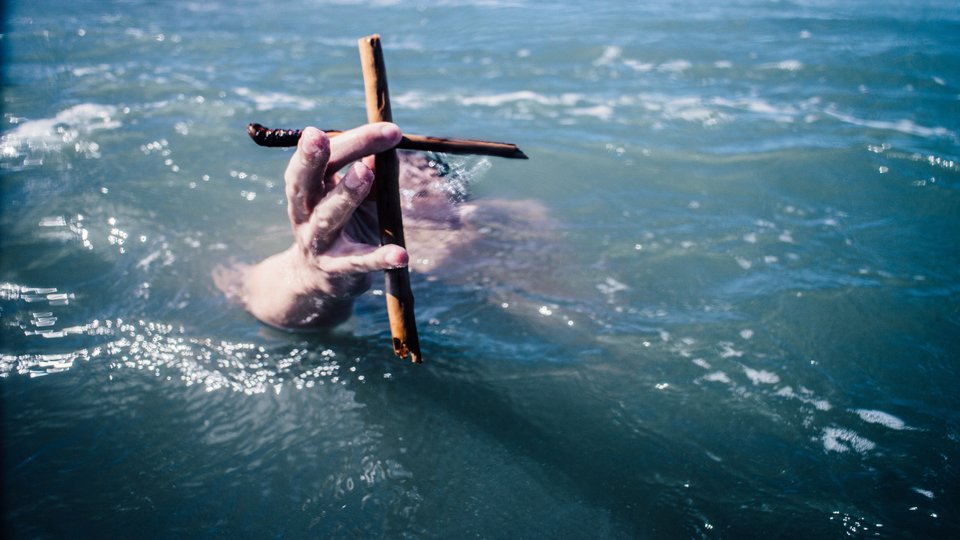 As a kid, I was often in the upstairs attic helping store items away. Attics have flooring, but several areas consist of exposed rafters with a drywall ceiling underneath. If I watched where I stepped and only placed my foot on the rafters, I wouldn’t fall through the ceiling. Well, you guessed it. One day I was careless and put my foot through my sister’s ceiling. Finding a connection to Christ in the Old Testament can be like this. There are many areas of sure footing where you can make that connection without sacrificing fidelity to the text. But there are just as many places to step through the ceiling, so to speak, if one isn’t careful. The book of Jonah is a fascinating story of powerful conviction as the reader is forced to wrestle with the question of whether his heart matches God’s when it comes to the salvation of all peoples. As for finding the Christ connection in this book, Jesus makes part of that easy for us since he makes a clear, typological connection between himself and the prophet Jonah.

38Then some of the scribes and Pharisees answered him, saying, “Teacher, we wish to see a sign from you.” 39But he answered them, “An evil and adulterous generation seeks for a sign, but no sign will be given to it except the sign of the prophet Jonah. 40For just as Jonah was three days and three nights in the belly of the great fish, so will the Son of Man be three days and three nights in the heart of the earth. 41The men of Nineveh will rise up at the judgment with this generation and condemn it, for they repented at the preaching of Jonah, and behold, something greater than Jonah is here. Matthew 12:38–41 (ESV).

The “sign of Jonah” is mentioned by Jesus in Matthew 12:38–42 and Luke 11:29–32. The scribes and Pharisees ask Jesus for a sign to which he replies he will not give any additional signs to this evil generation besides the one already given in Jonah. There are three elements to this sign: (1) both Jonah and Jesus spent three days inside something (fish, earth), (2) Nineveh repented but Jesus’ generation will not, and (3) Jesus is the greater Jonah. This is called typology, which is different from allegory, metaphor, or analogy.

The main thing to remember for this instance of typology is that Jesus is the greater Jonah. So whatever Jonah did in his story, Jesus did better. Whatever Jonah accomplished in his story; Jesus accomplished more. Whatever motives and attitudes Jonah had; Jesus’ were better. Jonah isn’t an allegory for Jesus. He was a real person and the book of Jonah is historical. Jonah was a “type” of Christ. Jonah spent three days inside a fish. When he was spat out, he preached a message of judgment to Nineveh. They repented; God relented. Jesus died and spent three days in a grave. When God resurrected him, he continued to preach a message of salvation if one repented and believed. People repented; God saved. So, essentially, the sign of Jonah Jesus gave them was the story of the gospel he would soon carry out on the cross. It’s also a warning to those who would not repent and believe.

The wicked generation Jesus mentioned has standing before them a greater Jonah, a greater three-day event, a greater message (one that goes beyond the “yet 40 days and you will be destroyed”), and a greater result. But the one thing that isn’t greater is the reception to the message. Many of the Jews would not believe in Jesus. Therefore, he warns them that one day the pagan-background believers of Nineveh will rise up and judge them—something unthinkable for Jesus’ Jewish audience (Matt 12:41).

So that’s the typological connection. From there it isn’t too difficult to draw further connections between Jonah and Jesus. You just need to observe from the text different ways that Jesus is greater than Jonah. Here are a few:

Only when we read the rest of the story in the New Testament do we see what Jonah was pointing us to all along—a greater Prophet, a greater Preacher, a greater Savior. One who not only had the power to forgive sins but the desire to save any who would come to him in belief and repentance. The heart of God seen in the story of Jonah is the heart of Jesus. As followers of Christ, we do not have the freedom to choose which parts of the heart of Christ we want to emulate. We must have compassion on all peoples. We must have a desire to see all nations come to salvation in Christ. And we must always rejoice when even one out of the ninety-nine is found; be they American or Iraqi, Democrat or Republican, old or young, Southerner or Yankee, ex-con or upstanding citizen.

Even though Jonah technically fulfilled his mission, he failed the test of reflecting the God he claimed to serve. Jesus did perfectly everything Jonah failed to do. The “sign of Jonah” is still relevant today. Jesus spent three days in the belly of the earth; dead with our sins on his innocent head. God commanded Sheol to spit him out into glorious, resurrection life. Even the message is still the same, though a little more fleshed out: Repent and believe in Jesus for judgment is at hand. All you who are weary laden by your sin; come to Jesus. For his yoke is easy and his burden is light (Matt 11:28–30).

Adam Carrigan is Pastor of the First Baptist Church in Pineland, Texas.