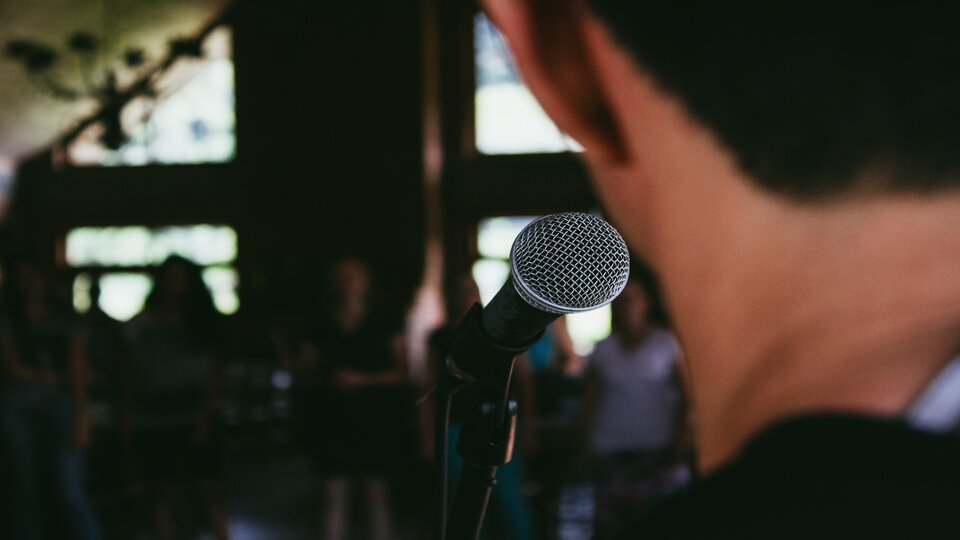 The Art of Biblical Passion in the Pulpit

One of those Monday morning wet blanket emails I received was from a non-member frequently attending our church. It appeared to him that the volume of my preaching was harmful to the human ear. Accompanying this electronic declaration were various line and bar graphs he had developed from data collected by a decibel meter he brought to worship several weeks prior. After explaining the difference between prolonged and peaked volume levels to my covert friend, the Lord began to soften my resolve. After all, shouldn’t the text that suggests God’s emotive clues carry more weight than my personal passion or revivalistic background?

Vines and Dooley, in their extremely helpful Passion in the Pulpit, explore ways in which the text influences homiletical pathos. They contend that correctly recognizing exegetical helps located in things like genre, syntax, and the “worlds” behind and in front of the text will aid the preacher in expressing correct verbal, vocal, and visual strategies during the sermon that will rightly reflect the text. In doing so, they intend for the “emotive design of the Bible” to set the “current mood of the preacher,” answering what they term “the missing exegetical link.”[1]Jerry Vines and Adam B. Dooley, Passion in the Pulpit: How to Exegete the Emotion of Scripture (Chicago: Moody, 2018), 23–26.

However, preaching a biblical pathos requires more than a skilled scientific exegetical routine. Vines and Dooley suggest as much when they call upon preachers to “position [themselves] within the boundaries of authorial intent in order to receive the guidance of the Spirit.”[2]Vines and Dooley, Passion in the Pulpit, 143. They imply that the science of exegesis is lacking without the art of Spirit-filled influence.

Rhetoricians regularly argued over the distinction of their craft as either art or science. Sometimes, exegetical work, even in mining out the emotive clues, can feel more like a science. We think that if we simply conduct the right analysis we can uncover our objective. In an age of science, exegetical analysis is king.[3]David Alan Black argues for no less than ten analyses to rightly exegete the text in “Exegesis for the Text-Driven Sermon,” in Text-Driven Preaching: God’s Word at the Heart of Every Sermon, ed. Daniel L. Akin, David L. Allen, and Ned L. Mathews (Nashville: B&H Academic, 2010), 135–59. Anything less (or more), we contend, is lazy.

Generally speaking, biblical pathos affects the heart while biblical exegesis affects the head. These are not mutually exclusive. Yet, in conventional terms, ignoring the heart with an overemphasis on the mind completes the exegetical task without being personally moved. At times an exclusive exegetical study can rob the preacher from the devotional exercise that produces emotive undertones—the science can drown the art.

Alan of Lille tried to convey a need to reach beyond the science in his medieval textbook The Art of Preaching. Steven D. Mathewson honors this theme in his The Art of Preaching Old Testament Narrative and Warren Wiersbe touches at its heart in his Preaching and Teaching with Imagination. At a minimum, preachers should practice creative thinking as we step away from the text and allow our exegetical study to grow within us. Biblical pathos must be received as much as it is seized. Below are some artistic exercises that might help mine the biblical pathos from the exegetical science.

Recognize the pathos that you are bringing with you to the text as inhibiting the text. Recently I was asked to preach at an associational meeting on the definition of the gospel. The only thing I can think more intimidating than preaching to a room full of preachers is preaching to these gospel experts on the definition of the gospel. Jerry Vines tells of a similar intimidating assignment before the Alabama Baptist State Evangelism Conference that he still remembers from 1976.[4]Vines and Dooley, Passion in the Pulpit, 145–46. We are emotional creatures. These emotions aren’t wrong, but recognizing your own emotional exhaustion, family struggle, or circumstantial complication is important in removing your own presumptive lenses to allow the text to speak for itself. Even worse, never find a text to justify your emotional frustration with your church. We seek emotional exposition, not emotional imposition.

Give the Holy Spirit room to invoke providential pathos within you. Haddon Robinson, known for his monumental Biblical Preaching, adjusted his definition of expository preaching to suggest that the communication of a biblical concept is one, “which the Holy Spirit first applies to the personality and experience of the preacher.”[5]Haddon W. Robinson, Biblical Preaching: The Development and Delivery of Expository Messages (Grand Rapids: Baker Book House, 1980), 20. Text-driven preaching exposits the text, but with a dependence on the illuminating work of the Holy Spirit. Without His invitation to embrace His intent, we will remain blind to the textual pathos.

Rest in your own skin. Clyde Fant, former preaching professor at Southwestern Seminary, reminds students that incarnational preaching reflects one’s natural personality.[6]Clyde E. Fant, Preaching for Today (New York: Harper & Row, 1975), 59–61. Finding the emotion of the text is a prayerful pursuit in seeking the right personal emotive response, not a surrender to forced theatrics. Such incarnational persuasion that expresses text-centered emotion to a congregation is an honest personal assessment as the Holy Spirit applies the text to you.

Answer your own objections to artistic preaching. Thankfully, as preaching schools and seminaries emphasize text-centered preaching, churches are beginning to see less unprepared sermons. A call to preach is a call to prepare for every sermon. However, preparation does not stop with an outline or sermon manuscript. The heart, and in particular your homiletic emotion, must be prepared as well. Ignoring right preparation is not a new problem. Charles Dargan found evidence that Gregory of Nazianzus fought against preachers who believed it was “more pious to be unprepared so as to give free scope to the Holy Spirit.”[7]Edwin Charles Dargan, The Art of Preaching in the Light of Its History, BiblioLife Reproduction Series (New York: George H. Doran Company, n.d.), 51. If you “wing” your sermonic emotion, give some thought to allowing your heart to prepare as much as your mind.

Giving attention to the art of biblical passion may not limit your number of Monday morning wet blankets, but at least you’ll have the anchor of the text to answer for the enthusiasm in your preaching.