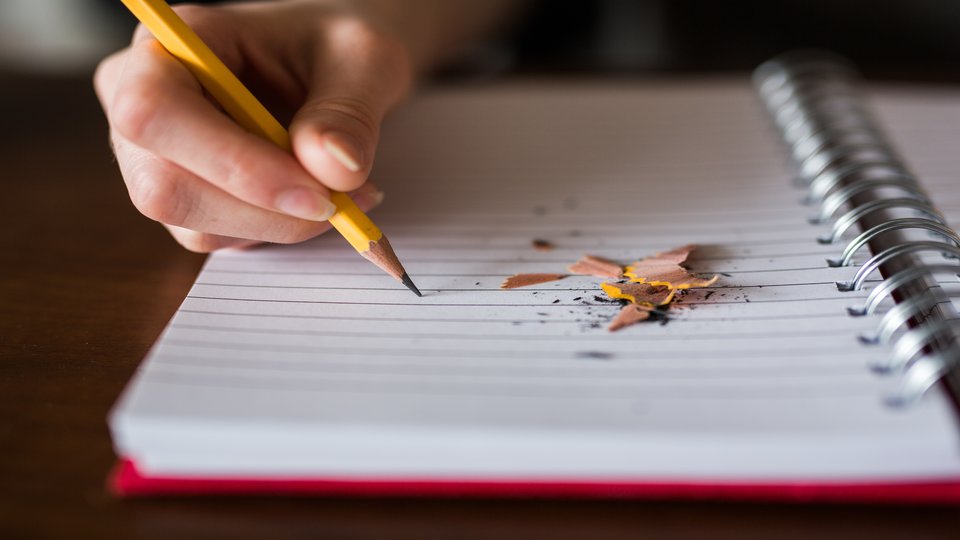 Staying Sharp as a Preacher: The Power of Illustration

One of the keys to staying sharp as a preacher is to continually hone your powers to illustrate and to apply biblical texts. This need is often expressed to me by preachers and students of preaching with this question: “Where do I find good illustrations?” The answer is what I have come to call my watchword for preaching, rhetoric, and simply being a literate person in general: “Read widely, live observantly, and look up stuff.”

Read widely. One trait that all good writers, preachers, and public speakers have in common is that they are voracious readers. People who can engage and hold the interest of readers and listeners read a lot themselves. And they read widely. We expect preachers to be well-read in biblical studies, theology, and the tools of biblical exegesis. But he is a dull preacher whose imagination has nothing more than commentaries and systematic theologies to feed it. The wider a preacher reads, the wider the world that he may draw upon to illustrate the exegesis and application of the texts he preaches.

A biology book introduced this preacher to ephemerids, an order of insect that lives for years as an aquatic nymph, but hatches into an adult mayfly that lives only a single day—just long enough to breed the next generation. The name of the order is derived from the Greek word ephēmeros (literally, lasting a day), a Greek root that also shows up in the etymology of our English word “ephemeral,” an adjective that describes things lasting a very short time. That story of the ephemerids once showed up in an illustration for a sermon I preached from Matthew 6:19–24 on putting your heart and your treasure in heaven. “One of the wisest things you will ever do is to learn the difference between the ephemeral and the eternal.” That illustration worked well for the whole congregation, but it made an even deeper impression on a biology professor from Emory University who happened to be in the congregation that day. Reading widely gives you a wide choice of subjects from which to illustrate your sermons, and it develops your credibility with people in your congregation who are educated in the fields that you take the time to learn something about.

On a trip to London, I picked up science writer Dava Sobel’s fascinating book Longitude, the story of how an 18th-century English mechanical genius named John Harrison solved the greatest scientific problem of his time and changed forever the hazardous course of ships at sea.  Harrison devoted his life to developing an accurate, portable timepiece or chronometer that allowed navigators to determine their longitude at sea. This works due to the orderly way God made the world.  Every 24 hours the earth completes one full rotation of 360 degrees.  That makes one hour 1/24th of a spin or 15 degrees.  So, each hour’s time difference between the time onboard a ship and the prime meridian marks a difference of 15 degrees of longitude east or west. That story illustrated a sermon from Romans 11:33–36 on the depth of God’s wisdom and knowledge in creating the world.

Live observantly. Just as one might highlight and make marginal notes in the books he reads, a good preacher also highlights and makes notes on experiences he lives. Throughout my ministry, I have made a point of seeking out new experiences through travel to unfamiliar places and conversations with people who do different things for a living.

During a revival meeting in Pennsylvania, I struck up a conversation with the vice president of a steel company about his work. That led to an invitation to tour his plant. While there I saw giant vats of molten steel brought out of the furnaces and then poured into molds. Before the steel had time to cool, men immediately began to work the hot steel with giant pressing machines to form it into giant bars and sheets. They worked rapidly because if the steel was permitted to cool below a certain temperature, it could not be shaped. That led to a sermon illustration pressing the congregation to consider that there are moments when the metal of your life is hot and molten and can be worked into a new shape. But if it is permitted to cool, it will not take the mold. There are moments in every life when you know that you have failed to do something that you should have done or you have done something that you should not have done. And God in his mercy awakens your conscience and gives you the opportunity to repent and change. There comes a moment of truth when, if you yield to a temptation, it will destroy you, but if you conquer it then, you are its master forever.

Pay attention to what goes on around you, to people you meet, to places you go. Stay curious about the world around you, and you will develop an ever-growing catalog of illustrations and life applications for the sermon texts you preach.

Look up stuff. Looking up stuff is how you make the most of reading widely and living observantly. An education in any subject is, essentially, built on the habit of looking up what you don’t yet know about unfamiliar people, places, and things. In an age when anyone with a laptop or a smartphone can Google the world, no one has an excuse for bumping into interesting things and not finding out more about them.

The single most useful look-it-up tool may be so simple and so common that you might overlook it: the dictionary. I tell my students that every writer’s desk should have a good English dictionary on it like a hotel room has a Gideon Bible. Merriam-Webster’s Collegiate Dictionary or The American Heritage Dictionary are good choices. Both have excellent smartphone apps that can ensure you are never without a first-class dictionary. Cultivate the habit of using your dictionary daily. You’ll be surprised how much you learn every day—not just new words, but new ideas, and sharper apprehension of things you thought you already knew. Next to my Bible, the dictionary is my most frequently consulted book. I read from both every day.

At the dedication of the Oxford English Dictionary in 1928, British Prime Minister Stanley Baldwin said that if he were cast on a desert island, and could only choose one author for company, he would choose the dictionary every time.

Like Ezekiel in the valley of dry bones, I should pray for the four winds to breathe upon those words, that they might emerge and stand upon their feet an exceeding great army. Our histories, our novels, our poems, our plays—they are all in this one book. I could live with your Dictionary, Dr. Craigie [the OED’s editor at its completion].