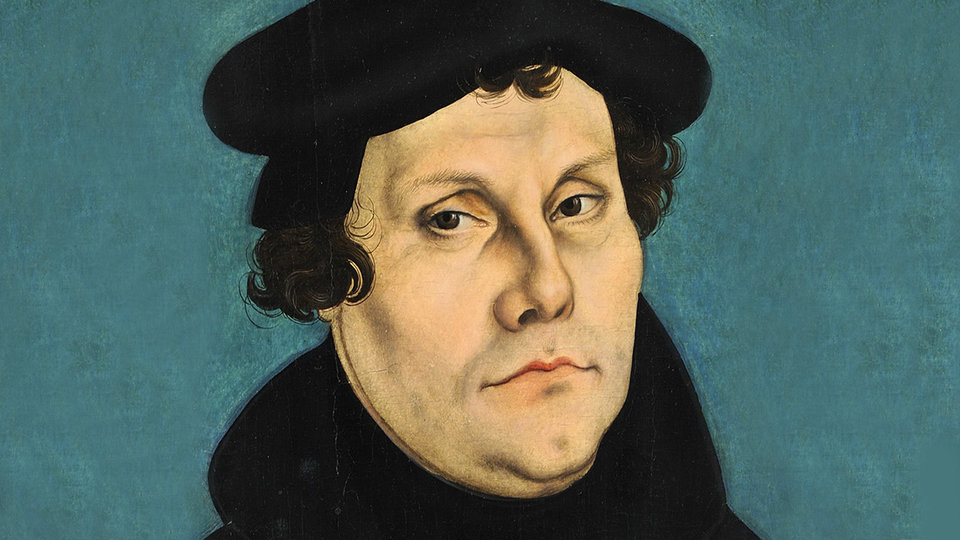 On this date, the Christian world—of every stripe and denomination—stops to remember the moment an Augustinian friar nailed his 95 Theses to the Castle Church door in Wittenburg. In that moment, something happened that was far beyond the imagination of the young monk. His intent was to initiate a doctrinal debate within the Roman Catholic Church so as to purify its teachings. And yet, more than 500 years later, that moment is recognized as nothing short of the first shot of a religious revolution—the Protestant Reformation.

Martin Luther’s primary concern was concentrated upon the sale of indulgences. In the Medieval period, the teaching of the Roman Catholic Church included the role of Purgatory—a temporary place of purification, or purging of sin—that stood in the indefinite period of time between one’s earthly life and eternal life in heaven. If one were unable to repay the debt of forgiven sin during life, he or she would be subjected to Purgatory. Pope Clement VI had decreed that the abundance of good works performed by Jesus Christ and the saints had been stored in the Treasury of Merit, and that the pope himself had the authority to control its distribution. He offered the living the opportunity to diminish the time in Purgatory experienced by the deceased by selling indulgences. Upon the purchase of an indulgence, good works from the Treasury of Merit would be credited to a deceased loved one, thereby eliminating some of the time necessary for his or her purification. Only one generation before Luther, Johann Tetzel was credited as having coined the phrase, “When a penny in the coffer rings, a soul from purgatory springs.”

Luther abhorred this doctrine. And, in the course of 95 theses, Luther challenged those who would defend this teaching to debate him. His goal was to correct and purify the teachings of the Church. Of course, each of those reading this post grasps the significance of Luther’s reforms. Rather than adapting her doctrine to accord with Scripture, Luther’s beloved Catholic Church—the Church in which he had been taught and in which he had found salvation—condemned him and all those who would stand alongside him.

And in that moment, the Church—the entire Christian world—divided over doctrine. While this accusation has been made so often against those who prize theological accuracy and exegetical precision, it never rang truer than during this moment in history. Baptists and Methodists, Lutherans and Presbyterians, Anglicans and Pentecostals, every Protestant denomination and non-denomination attest to the reality that doctrine divides.

This was no arbitrary point of doctrinal disputation. Luther understood that which was at stake—the very reality of salvation in Christ. The forgiveness of sins and the justification of the sinner are found in Christ, not in the pope’s book of accounts. And if salvation is found in Christ, and in Him alone, then to offer it for a price is an error with eternal consequences. Doctrine divides because doctrine matters.

In today’s Southern Baptist Zion, we are not without our doctrinal disputes. We debate the application of complementarianism as it relates to the task of preaching. (I do think it necessary to remind the reader that both sides of this debate are complementarian, if they hold to our common Southern Baptist confession of faith.) We debate the best manner in which to gain insight from those of a different cultural context than ourselves (i.e., what authority, or how much authority do their insights have over our own?) We debate the best manner in which to explain salvation—to describe conversion in terms that both uphold the responsibility of the sinner to exercise faith and belief, and to uphold the sovereignty of God in his redemption of lost sinners. We debate the times and the seasons of the Lord’s return. As the humorous aphorism reminds us: “Wherever two or three Baptists are gathered, there is a minimum of five opinions present.”

But despite our theological differences and despite the variation in the manner we seek to apply the Scripture to our lives and churches, it is necessary, I think, to recall that which binds us together. While doctrine most certainly divides, and it does so because doctrine matters, it is equally true that doctrine unites. Southern Baptists are a people who are committed to the inerrancy and authority of the Bible.

And so on this day, when we celebrate what the Lord has wrought through one generation’s division over doctrine, may we also celebrate what the Lord has wrought among us and our union. May we remember that the differences and disputes among us are those of a people with a shared commitment to the inerrancy of God’s Word and the authority of God’s Word. And as the result, may our doctrinal debates take the form of a discussion among brothers and sisters in Christ who are spurring one another on toward greater commitment to Christ and submission to his Word.