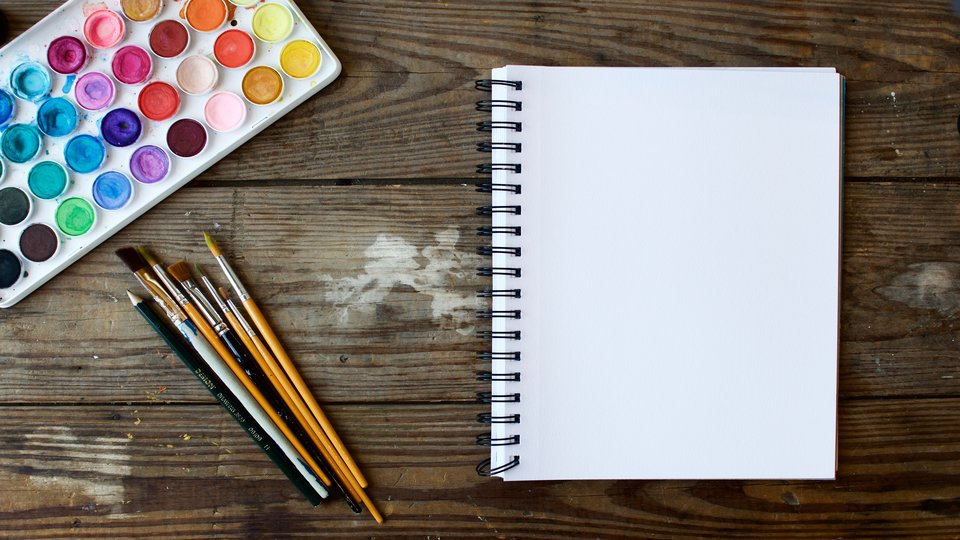 There is an Arab proverb that says, “He is a good speaker who can turn an ear into an eye.” Good speakers and preachers use words as artists use brushes and paint. If you would persuade, portray. Don’t merely present a truth, picture it.

The Bible says that the common people heard Jesus gladly. They had good reason. The Lord didn’t talk about the obligations of the Law of Moses imposed by the teaching of the rabbis. He spoke of “heavy burdens grievous to be borne, laid on men’s shoulders.” He didn’t talk about a Pharisaical doctrine of salvation so demanding that none could achieve it, not even those who taught it. He said, “You shut up the kingdom of heaven against men, neither going in yourselves nor suffering them that are entering to go in.” He didn’t say the Jews’ money-lending practices were so harsh that people who mortgaged their property were sure eventually to lose it. He said, “You devour widows’ houses.” When Jesus spoke, he talked of bursting wineskins, playing children dressed up for weddings, a king taking account of his servants, or an enemy sowing weeds among a man’s wheat. He projected mental PowerPoints onto screens in his listeners’ minds. He painted pictures. And no one ever found him boring. If we would speak and teach with power, we must do as he did. We must picture the truth in vivid images.

There are two ways to paint pictures in your listeners’ minds: literally and figuratively. Stories and descriptions are the preacher’s most useful tools for doing this, but good speakers also paint pictures with imaginative figures of speech, such as similes, metaphors, and hyperboles.

A simile is a comparison between two essentially unlike things based on a shared characteristic. They are introduced by the words like or as. Metaphors are compressed similes. The words like or as are omitted. Instead of saying one thing is like another, a metaphor says it is another. Hyperbole is exaggeration for the sake of emphasis. Metaphors, similes, hyperboles, and other figures of speech create vivid comparisons and contrasts that help your listeners understand, picture, and, sometimes, even feel your ideas.

For example, Jesus used many similes to explain spiritual truths about his kingdom: “The kingdom of heaven is like leaven…a grain of mustard seed…treasure hid in a field…a man who built a house…a net that was cast into the sea…a merchant man, seeking goodly pearls…a man who sowed good seed in his field.” Jesus often described himself in metaphors: “I am the Good Shepherd…the light of the world…the door to the sheep fold.”

Reading good fiction is a source of imaginative comparisons and figures of speech. Garrison Keillor gives us an imaginative simile in his Lake Wobegon Days: “I grew up among slow talkers, men in particular, who dropped words a few at a time like beans in a hill.” Another simile describes how parents keep children quiet in church: “When I was a kid, we sat quietly on Sunday morning sometimes for forty or fifty seconds at a stretch. Fidgety kids were put between two grownups, usually your parents or sometimes a large aunt. Like tying a boat to a dock.”

Keillor is also a master of hyperbole. Picture his description of a fresh tomato: “Not the imported store tomatoes that were strip-mined in Texas, but fresh garden tomatoes that taste like tomatoes.” Though only a small town, Lake Wobegon put on a Memorial Day parade of such proportions that: “They could add two senators and an elephant and it wouldn’t be any more magnificent than it is.” Keillor portrays the honesty of one of his characters with this exaggerated testimonial: “Clarence Bunsen said that Roman Winkler could not be convicted of horse theft anywhere in Mist County if they found the horses in his bedroom.” And Florian Krebsbach was a man of such pure speech that: “You couldn’t get a swear word out of him if you squeezed him with a pair of pliers.”

In his Prince of Tides, Pat Conroy describes, with this simile, a gifted young writer giving her high school valedictory address:

It was the poet going public for the first time, cocky with the majesty of words that she used like a peacock fanning his gorgeous tail feathers for the sheer joy of ostentation.

Another simile portrays an affectionate grandmother doting on her grandchildren: “She kissed us until we purred like cats.” Later, Conroy links metaphor and simile to paint a moving picture of the grandmother’s final days:

My grandmother, Tolitha Wingo, is now dying in a Charleston nursing home. Her mind, as they say, is wandering a bit, but she still has rare moments of perfect clarity when one can glimpse the full, illuminate personality that her advancing age has veiled with a shroud of senility. The capillaries of her brain seem to be drying up slowly, like the feeder creeks of an endangered river.

C. S. Lewis often used fresh figures of speech to explain difficult theological truths. This example is from The Problem of Pain:

We can rest contentedly in our sins and in our stupidities; and anyone who has watched gluttons shoveling down the most exquisite foods as if they did not know what they were eating, will admit that we can ignore even pleasure. But pain insists upon being attended to. God whispers to us in our pleasures, speaks in our conscience, but shouts in our pains: it is His megaphone to rouse a deaf world…No doubt pain as God’s megaphone is a terrible instrument; it may lead to final and unrepentant rebellion. But it gives the only opportunity the bad man can have for amendment. It removes the veil; it plants the flag of truth within the fortress of a rebel soul.

Fresh, lively figures of speech add color, warmth, and emotional power to your speech. Your listeners want you to paint a picture for them. That picture may be literal, as in a historical example, or it may be figurative, as in a metaphor or simile. Look for and learn to create imaginative word pictures with figures of speech.