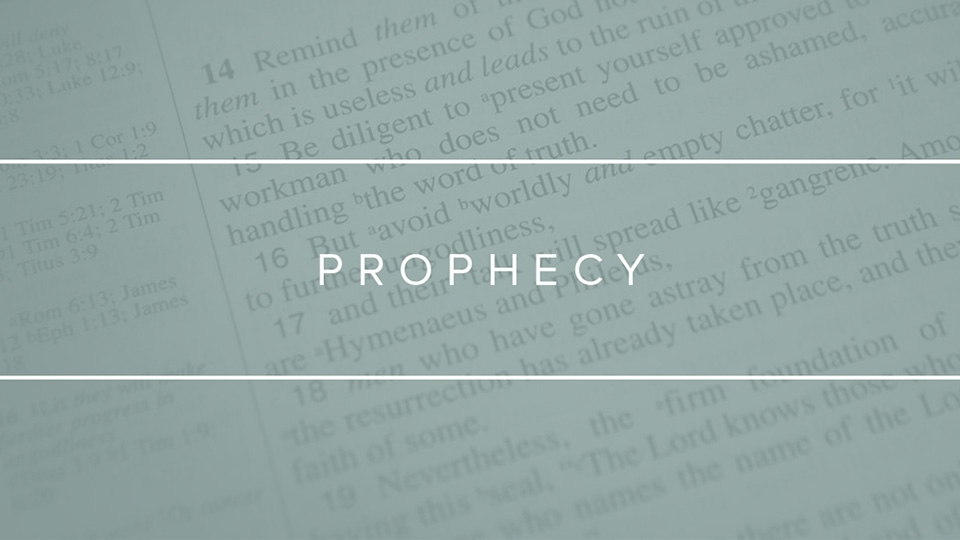 If the prophets are the leftovers of preaching, the Minor prophets are the vegetables—the really, really, last resort in text selection. With the exception of Jonah, rarely is a Minor prophet a go-to text. Why is it that these major chunks of the Old Testament are largely neglected? Three reasons come to mind.

The last of these reasons is really no reason at all. Sure, they are tough to understand at first, but preaching is not for the faint of heart to begin with. However, the first two objections – that the prophets are removed from the familiarity of the New Testament church and are seemingly irrelevant to daily life – are things we preachers must reconcile in our minds first. This Scripture really is the Word of God. However, we are teaching our people that most of the Bible is in fact irrelevant by our neglect of preaching major portions of it. So again, are the prophets worth preaching? Let’s address that issue with one statement: The prophets are all about Jesus.

When I was a child and my mother wanted me to eat something I did not like, she would say, “It has potatoes, you like potatoes!” as if the one ingredient I liked would compensate for all the others that I did not like. Ultimately her tactic worked. My inability to swallow what I did not want spoke to my level of maturity. So let me encourage you to tackle the prophets. Why? The prophets have so much to say about Jesus! There is more, but this is the key ingredient that should so whet our appetites that we want to come back for more and more. You don’t have to know everything that is in them if you know this: the prophets are ultimately about Christ.

When Christ began his ministry, the people perceived that he was a prophet. They first thought John was a prophet. Mark 11:32 says, “… they all held that John really was a prophet.” When Jesus fully begins his ministry, the people perceive that he is a prophet. John writes, “When the people saw the sign that he had done, they said, ‘This is indeed the Prophet who is to come into the world!’” (John 6:14). “When they heard these words, some of the people said, ‘This really is the Prophet.’” (John 7:40). Stephen interprets Deut. 18:15-22 for us in Acts 7:37, “This is the Moses who said to the Israelites, ‘God will raise up for you a prophet like me from your brothers.’” And remember when Jesus queried his disciples asking who they thought he was, he redirected the question to what others were saying. They replied, “Some say John the Baptist, others say Elijah, and others Jeremiah or one of the prophets” (Matt. 16:14). So, now these questions remain: Why did people think that Jesus was a prophet? What was it about him that made people make this association? The main reason must be his teaching.

The prophets basically had three messages.

So, all the key components were there. Jesus was a radical, miracle-working preacher whose message sounded exactly like the message of the prophets. It is no wonder that people considered him a prophet. Since we know that all of Scripture speaks of Christ, we could say this another way: It is not that Christ sounded like a prophet, but all the prophets sounded like Christ. Jesus was not echoing the message of the prophets. The prophets were prophesying something on a profound level. Even when they were not Messianic in their prophecies, their tenor and message were foreshadows of the real Prophet to come. So when we read the prophets, at the end of it all, it is fine to think about Jesus in both their message and their tone.