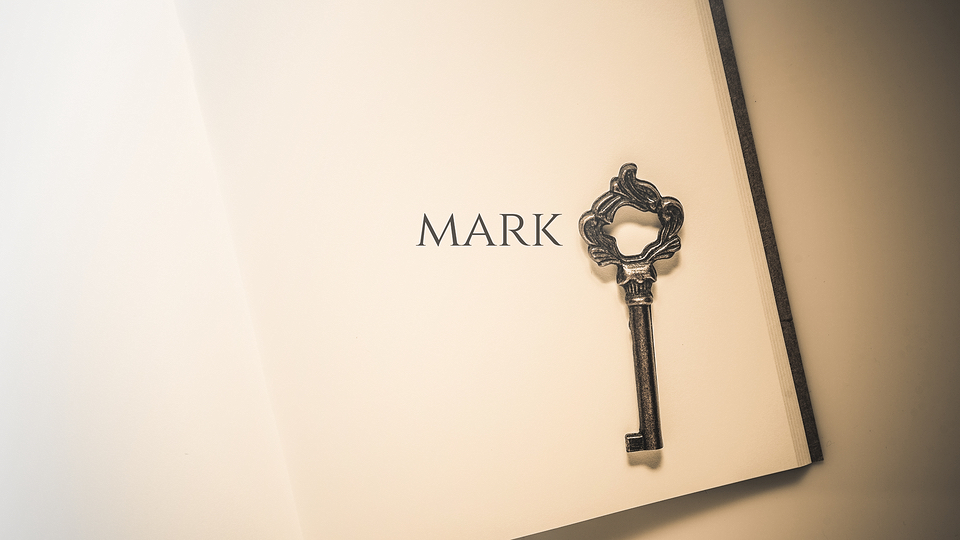 The Gospel of Mark is prolific in its brevity, purposeful in its structure and profound in its simplicity. His approach is non-traditional, his narratives are unanticipated and his arrangement is unique. As the shortest of the four Gospels, Mark delivers a jam-packed, ironic historical account of Jesus the Christ. The beauty of this Gospel is deeper than what appears on the surface. Mark’s intentionality to detail provides the reader (and preacher) with a perspective the other Gospels do not provide. Most captivating, however, is his ability to elicit a response to this good news. Preacher, pray for clarity, immerse yourself in the word and call your hearers to respond to this good news.

Here are a few pointers to get you started in The Gospel of Mark:

Purpose and Structure. Unlike the Gospel of Luke (1:4) and the Gospel of John (20:31), Mark does not explicitly state his purpose. Mark’s purpose, rather, is wrapped up in his structure. He divides the gospel in half. The first eight chapters are asking “Who is Jesus,” and the second half “What kind of Christ?” The climatic point in the Gospel comes at Peter’s confession in 8:27-29 when he claims, “You are the Christ!” The question then shifts and Jesus immediately begins teaching them that the Son of Man must suffer. He mentions his mission to die four times in the second section (8:31; 9:31; 10:33; 10:45). Six of the last eight chapters consist of Jesus’ final week in Jerusalem. For this, Mark is often known as the gospel that teaches Jesus as the suffering servant. The suffering narrative ends with an unexpected character, the Roman centurion, answering the questions Mark has be asking all along. As he looked upon the suffering Messiah he said, “Truly this man was the Son of God.”

Paint the picture. When preaching the Gospel of Mark do not forsake its genre. Paint the picture of the narrative and invite the listener into the story. Mark is filled with suspenseful irony that allows the preacher to tell the story rather than just reading it. Jesus’ authority was evident over persons, demons, sins, nature, sickness and death, yet was only recognized by the unexpected. Mark contrast the spiritually elite with the outcast, yet it is the outcast that recognize Jesus not the religious. Mark’s Gospel is full of “amazing” and “astonishing” stories. Preach with amazement and your people too will be amazed.

Preach the Bigger Picture. When choosing the next periscope or passage of Scripture to form your sermon notice the surrounding passages that often correlate together. Mark has an interesting style of interpolations, also known as Markan sandwiches. He groups stories together to give a bigger picture of his overall purpose. These sandwiches can be identified throughout the Gospel in chapters 3, 4, 5, 6, 11, 14, and 15. Although you can preach each individual narrative and extrapolate its meaning, zooming out just a hair allows you to preach a continuity throughout the text.

Person of the Gospel. When preaching through a Gospel the temptation can be two-fold: (1) The moralistic teachings of Jesus can be emphasized turning Jesus into a life coach rather than the raft itself, or (2) we self-identify with a character in the narrative emphasizing him or her more than the main character, Jesus. For instance, you have probably heard a sermon on faith out of Mark 2. If you remember it’s the passage when the four friends lower the paralytic through the roof. The temptation is to preach about how to have faith in bringing others to Christ, or like the paralytic your sins are forgiven so get up and walk, or about the religious folk in opposition to Christ’s work. Knowing the purpose of Mark and the main character of the passage, preach the two together.

Preach for response. Due to Mark’s purpose of displaying “Who is Jesus” his narratives always elicit a response from the characters in the text but also from the reader. There are three responses seen throughout the Gospel: Some believed, some were confused and some were antagonistic. It has been said in regard to Mark’s Gospel, “The message of this book is that no matter the opposition, no matter the confusion, no matter the wrong expectations and hopes for the Messiah and King, there is only one rightful response.” Preacher, call your people to respond to the rightful, suffering servant, King Jesus.