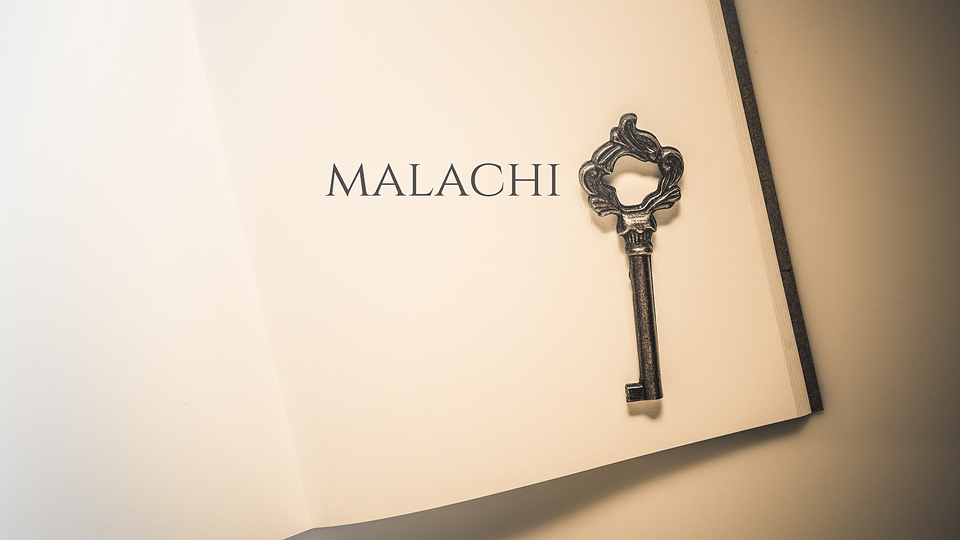 I have to be honest and say that within my lifetime, I haven’t heard too many sermons from the book of Malachi. Typically, the primary verse found in every stewardship sermon, or the moment in worship where scripture is read before tithes and offering, or the church’s latest capital campaign is “Will man rob God?” (Mal. 3:8). If it isn’t a sermon on money, then it is a reference to the topic of marriage/divorce (Mal. 2:16). Maybe this isn’t the case for you, but I can safely say that I can count the number of times I have heard a sermon from the book of Malachi on one hand. What a tragedy!

Preachers, we cannot shy away from the book of Malachi when it comes to proclaiming the word of God. The meaning of the word “Malachi” means “my messenger.” As God’s chosen spokesman or proclaimer, you are called to carry His message. The entire message! Therefore, God has the right to place the title of “my messenger” over your preaching ministry. Knowing that you and Malachi are labeled, as a “messenger” of God should encourage you to dive into the depths of this book and preach the Word.

For those seeking to begin preparation for preaching through Malachi, an intensive reading of the entire book is primary. With Malachi being a short book, consisting of fifty-seven verses comprised into four chapters, you do not want to neglect a careful and meticulous reading of it. When you think you have read through the book enough, read it again and read it again. It is impossible to exhaust the reading, especially if you plan on preaching throughout the book or its entirety.

The Audience of Malachi

The prophet’s address is directed to the Israelite community who were restored to their land from Babylonian captivity. Malachi’s message to the people is not only descriptive, but it is prescriptive for any preacher today. His goal was to challenge them in relation to their sins, while encouraging them to pursue a life of holiness. We will do well preachers, to hold to the vigor, directness and emboldening of Malachi. In today’s church I’m not so sure if the subject of sin is a popular topic within preaching. Thus, we see throughout the book that Malachi was not shy when it came to addressing the sin of the people; you cannot bet shy either. Besides, it’s not our duty to make things smooth but rather it’s our duty to make them right.

The Literary Form of Malachi

Malachi’s writing style is distinguished from any other prophet, writing in a form of disputation; he particularly used the question and answer method. It almost places the reader’s mind in that of a courtroom, where the Israelites are being charged, followed by evidence to support the charges. This is a confrontational address employed by Malachi.

In the book there are seven questions the Israelites asked of God. The first question is found in the second verse. Each question was in response to a clear statement from God. The questions are as followed:

Despite the Israelites denial and unawareness of their sin, God is still there to love His people and will exercise grace to those who turn back to Him.

The Message of Malachi

The master theme of this book can be stated as the unfailing love of Yahweh for the His chosen people, Israel. Throughout the book we see this theme vividly portrayed. It is first introduced to us in the beginning of the book (1:2a). This love was constant and continual, denoting that Yahweh had the same love for His people in the past, the present, and the future that was to come. It is vital that this theme of “Yahweh’s love” be embedded within the sermon of the preacher. One must remember that during this time, the children of Israel had no power, no priest, and no king— only a form of worship that was outwardly expressed. In addition, this would also be the last prophetic voice that the Jews would hear, considering that 400 years of silence from heaven was on the brink of the horizon. In lieu of Israel’s many sins, God still loved them unconditionally. We see the constancy of God’s love being revealed throughout the book, but we should keep in mind that this constancy of love for His people is revealed even in the midst of their many sins. God was keenly aware of their rebellious acts, but He loved them anyway. We must confront sin in the pulpit, but we also have to tell of God’s love in the pulpit! Who doesn’t need to hear of the unfailing love of God?

If I could summarize the message of Malachi, I would say: Thankfulness and gratitude for God’ continual love is necessary to reviving spiritual life and the assurance of a divinely blessed future.

We strongly warn against the sins of the people. We warmly tell of God’s love found in Jesus; Because His return is imminent!