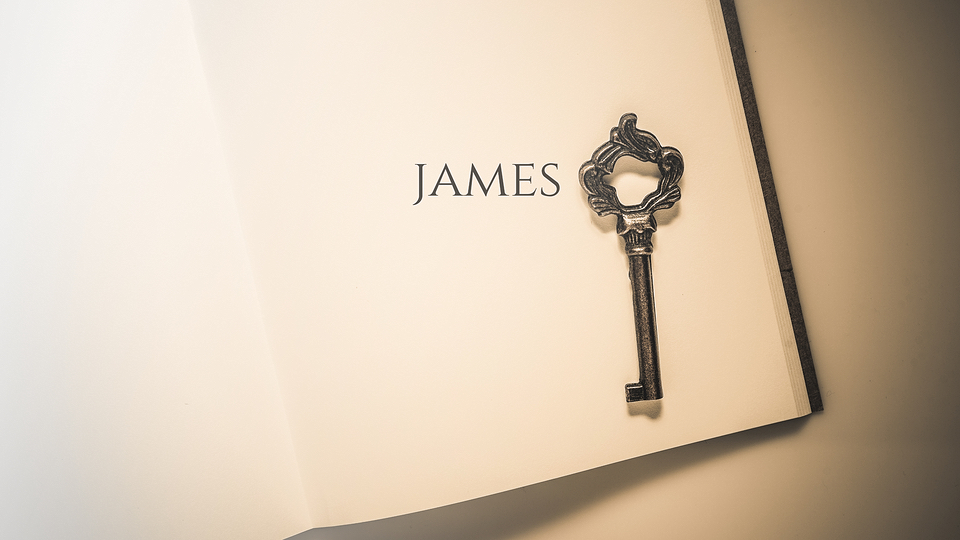 The book of James is one of the most intriguing, compelling, and relevant books in the Bible. Preaching out of it will be a blessing to both the preacher and congregation, even though it has been a source of controversy for centuries.  Its canonicity was, for a period, challenged by Luther, who tabbed it the ‘straw gospel’ because it seemed to contradict Paul’s soteriology, namely salvation by grace through faith. There has also been some controversy about the authorship of James, since there are four James’ mentioned in the New Testament.  And then there are those who are uncomfortable with the harsh tone of parts of the book. Ultimately, we rest on the fact that God included it in the canon and therefore it is God-breathed and reliable.

A full response to these controversies is beyond the scope of this writing. Suffice to say, the supposed contradiction between James and Paul is easily reconcilable by recognizing that James was writing to combat the easy believism permeating the churches at that time (and unfortunately our time) that substitutes intellectual acceptance for genuine life-changing faith.  There are many evidences for accepting the writer of the book as James, the half-brother of Jesus (same mother, different father), not the least of which is that in this book are 230 words that closely resemble James’ speech at the first Jerusalem council in Acts 15. (Ellsworth, R. (2009). Opening up James, p. 18; Leominster: Day One Publications.)    Known as ‘James the Just’ for his pious living (also known as ‘camel knees’ for his humble dedication to prayer), James was intent on fostering a faith that would stand up to the persecution that was hounding believers throughout the Mediterranean and eventually precipitated his martyrdom in 62 A.D. (Josephus) or 68 A.D. (Eusebius).  Finally, when one studies the context and condition of the early church, it becomes clear that strong words were needed to get the readers focused on the kind of faith and lifestyle that would stand up to the pressures and persecution of the times. Every pastor knows there are times when he must boldly (and irritatingly) challenge the values and behaviors of his people.

The theme of the book, written as early as 45 A.D. (making it the earliest of the epistles), is ‘genuine faith produces a genuine life.’ Already in the early church, there were counterfeit gospels, false teaching, and dangerous understandings about how the Christ-life was to be lived out. Many would confess their faith in Jesus, only to live in a way that showed little or no impact of the true, transformative Gospel.  This realization led James to claim, “Faith without works is dead!” (2:20).  His contention was that a life truly impacted by God’s glorious grace WILL be a life that reflects that reality in every way, whether rich or poor, safe or persecuted.

Now to the preaching points of the book.  Any book of the Bible can be preached in one sermon. It is a worthy challenge to preach through the Bible books, one message per book.  It forces the preacher to distill the book down to its bare essentials, making the sermon incredibly clear and compelling. Some books are more challenging than others, but each Bible book has a main theme that is supported by sub themes found in the narratives and details of the book itself.  James would be one of the easier books to preach in one sermon. The major theme, genuine faith, sets up the sermonic divisions: what it looks like in trials, in lifestyle, in relationships, in the church, in spiritual maturity, and so on.

The most straight forward approach is to handle the book with an expositional methodology.  James sets up nicely for this text-driven treatment because the basic theme, genuine faith, runs consistently throughout the book.

After reading the book several times, the preacher will get a feel for the movements within the book that can become the individual, sequential sermons.  The use of study Bibles and commentaries can augment the preparation, breaking the book into sections or divisions.  For instance, the HCSB breaks the book into 12 sections setting the preacher up for 12 powerful messages. The ESV breaks the book into 11 sections.  The Bible Knowledge Commentary breaks the book into five major sections, as does D. A. Carson’s New Bible Commentary. Additionally, Craig Blomberg’s, Exegetical Commentary on the New Testament, is very helpful in understandng the structure of the various pericopes for the sake of expository preaching. The preacher can lean on the scholarship of such helps, but needs to be careful to study the book as a whole and decide for himself what pattern he should follow.  Depending on the culture of each church, the pastor may opt for the shorter series necessitating longer passages (making the task more difficult), or a longer series (testing the focus-power of his people!).

Are people in your church suffering?  Is there a gap between what they hear from you and how they live their lives?  Is the culture of your church one that gives preference to some and a silent but real prejudice toward others?  Are your people getting caught up in our society’s careless use of vulgar or insulting words on social media?  Is there little or no difference between how your people live and how their lost friends live?  Does the prayer life of your people need to improve dramatically?  Then James is the book for you!