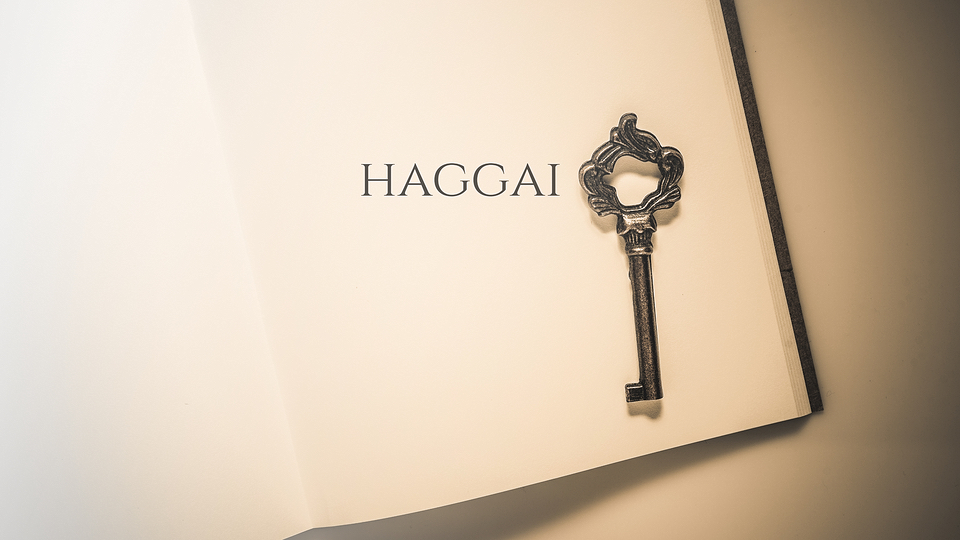 Unfortunately a great deal of preaching from the Old Testament is relegated solely to well known texts and longer books. The Minor Prophets in general receive little notice outside of the ever quotable lines in Amos, fundraising, and divorce prevention in Malachi and the straightforward handling of Jonah. With this common practice, Haggai is certainly overlooked. The following should bolster the expositor’s confidence in applying the rich truths of Haggai to today’s audience.

The prophet speaks to faithful remnant nearly two decades after their return from Babylon. Tasked with rebuilding the Temple, apathy has taken ahold of their hearts and priorities have been mishandled. Within the first fifteen verses Haggai astutely diagnosis the waywardness of their hearts and offers a course correction. God illustrates their misplaced priorities through their personal investment in their own homes while the Temple lies in ruins (v4). Twice he calls upon them to, “Consider your ways.”(vv. 5,7) The appeal towards introspection with an ear to hear the rebuke of the Lord through Haggai beckons the wayward leadership and laity to return to a faithful God. The curses of Deuteronomy twenty eight have been applied to this people and their sinfulness.

The modern audience too find themselves battling with the reality of spiritual apathy. The call upon the Christian’s life to seek first God’s kingdom, gives way to our comforts, vocational callings, and assorted other pursuits. Haggai’s correction, aptly applied to our hearts, awakens many from the stupor of spiritual lethargy. God had been working in the lives of Haggai’s audience to frustrate their efforts, bringing his hand of rebuke on their work, their finances, and their well-being (vv. 6,7, 9-11). It could be God has frustrated the affairs of our lives as he calls us to return to faithfulness. This question should be asked in each of our hearts. The truly remarkable nature of Haggai allows us to see a people begin to walk in repentance. When confronted with the reality of their spiritual condition before the Lord, they feared the Lord and obeyed his call upon their lives. Additionally their return is met with a reminder of God’s enduring presence. Their return and ours is not met with a call to demonstrations of faithfulness on our parts, but a display of God’s covenant faithfulness.

As they began to give themselves to the task of reconstruction, Haggai engages them at the point of their disappointment. The Temple they have the privilege of reconstructing pales in comparison with the grandiose nature of Solomon’s efforts. Haggai offers the stunning contrast of “nothing” and their planned building. He does not discount their disappointment but instead calls them to be strong, work, and fear not. God assures them he will see to the adornment of the Temple and calls them to see the beauty of the Temple stemming from God’s presence instead of their efforts.

Nostalgia can be devastating for the Christian. It invites us to revel in past accomplishments and to lament the seeming monotony of the present. Haggai doesn’t argue with those who would say yesteryear’s efforts were more exciting or glamorous than today’s. All of our lives cannot be bold new adventures of conquest. They can be, however, lived to the glory of God, even in seeming monotony. Our hearts need to be tuned to sing God’s praise in both the mountain experiences of personal revival and exciting ministry, and the plains of everyday life. Our trips to the grocery store, school, work, and tax season can be reminders of God’s glorious provision and should not be spurned against the memory of past accomplishments.

Three and a half months into their efforts, Haggai returns for two final addresses. His audience seemingly has given themselves to the task of rebuilding the Temple, but Haggai doesn’t want them to assume their construction project and growing in holiness are coterminous. He begins by entering into a theological questions poised to the religious establishment. Essentially, he asks whether or not holiness can be attained by accident. The priests reply, “no.” Again he enquires, is uncleanliness or unholiness attainable by accident. The priests respond affirmatively. Haggai then goes on to ascribe unholiness to the people and all of their efforts. Industriousness is not the corrective for waywardness. God desires for them to understand the Temple’s reconstruction does not mandate God’s blessing and personal holiness. They must be a people dependent upon God and his provision. Zerubbabel, as the representative governmental authority, is given a picture of God’s coming display of power and majesty. Zerubbabel’s future and that of the remnant was not to rest in his ability to govern well, but in God’s omnipotence and sovereignty.

When confronted with personal sin, our habit is to return to God through the reordering of our lives and expending energy, ostensibly to demonstrate the legitimacy of our contrition. Personal holiness cannot be gained by rote detached activity nor elbow-grease. Holiness in the Christian’s life is a lifelong calling, surrendering our hearts to God and allowing him to change our work, hopes, and pursuits to his glory. The call to surrender our destinies and pursuits and find the ultimate blessing of our life in the finished work of Christ lies just below the surface in Haggai. Zerubbabel would not live to see the display of power described in the final verses of Haggai, but according to Matthew 1:12 in God’s providence his name is listed in the genealogy of Jesus. God’s ultimate display of power is not in the establishment of earthly kingdoms or the rebuilding of earthly temples. Jesus brings an everlasting kingdom and he is one who is the new and better temple.

From the first time Haggai spoke, August 29, 520 BC, until his final address, December 18, 520 BC, God’s people are transformed. A fresh encounter with the word of God quickened their hearts and changed the course of a nation. Perhaps God can bring revival in hearts once again through his enduring word found in Haggai.