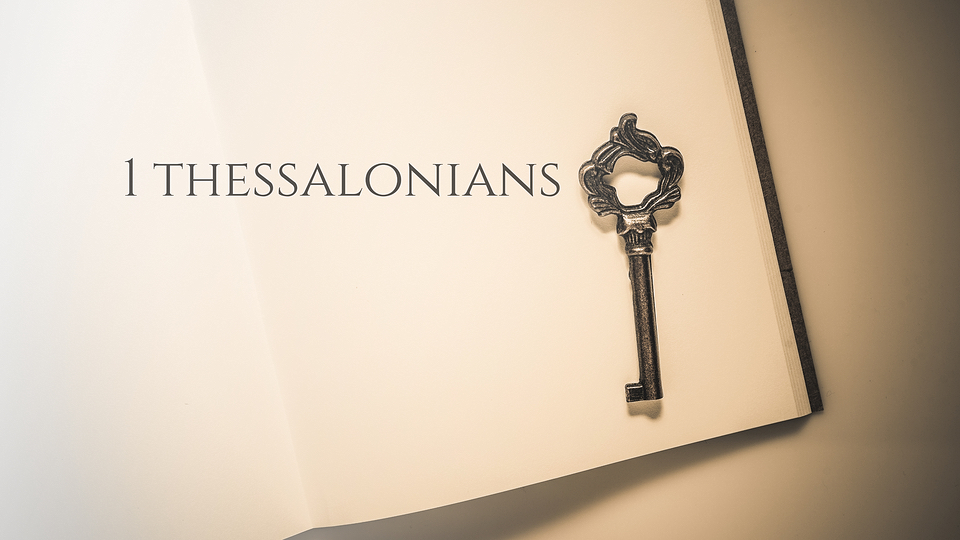 In one of the opening lines of 1 Thessalonians, Paul celebrates the fact that those in the church followed the example of godly men and of the Lord. The Thessalonians saw Christ-like qualities in others and made it their aim to shape their lives in like manner. It reads, “And you yourselves became imitators of us and of the Lord when, in spite of severe persecution, you welcomed the message with joy from the Holy Spirit” (v.6). Even though they suffered, they embraced the truth and sought to conform their lives into the holiness that they saw in others.

In the following chapter, Paul says in this memorable verse, “We cared so much for you that we were pleased to share with you not only the gospel of God but also our own lives, because you had become dear to us” (2:8). In short, Paul and his companions not only preached the truth of the gospel, but they also modeled genuine Christ-likeness to the Thessalonians.

Jonathan Edwards is often thought of as one of America’s greatest theologians. In a resolution written nearly 300 years ago, this young preacher from New England commits himself to imitating himself to Christ-like qualities that he sees in others. He writes, “Whenever I hear anything spoken in commendation of any person, if I think it would be praiseworthy in me, resolved to endeavor to imitate it.”[1]Jonathan Edwards, Letters and Personal Writings. Eds. G. S. Claghorn & H. S. Stout, Vol. 16 (New Haven: Yale University Press, 1998) 757.

If a person shows kindness, patience, holiness, grace, or love, Edwards dedicated himself to modeling this characteristic in his own life. However, this is not merely some exercise in moral improvement. The wider context of these resolutions clearly indicates his intention was to model these qualities insofar as they reflect Christ and give glory to God.

Getting Ready for the Coming Day

In the preaching of this short epistle, it is common to spend a majority of time in preparation and preaching about the details concerning the return of Christ. This is of course important, as believers should be well informed of the particulars of his second coming. The event is mentioned in every chapter of the book. However, the preacher should not lose sight of Paul’s main emphasis concerning the future. He is primarily concerned with how believers should live in light of His imminent return. As preachers, we are to give information for the purpose of transformation.

Before one looks for particular techniques that might sharpen one’s rhetorical skills, the preacher must seek to model Christ-like qualities in his own life. If we primarily look for pointers on how to improve our craft before we look to Christ, we ultimately fail and become ineffective in our preaching. We must pursue this holiness in our own lives, for it is God’s goal for every believer to become more and more conformed to the image of Jesus Christ. Our preaching should take aim at exhorting others to join with us on this journey of pursuing holiness of life. Then, we are to aim at inculcating that Godward living in the lives of others. To put it another way, our preaching should inspire a response of faith and obedience in the lives of our hearers – as they see it lived in our lives.

In a sense, Paul calls on his readers to study the lives of godly men and women. Yet first and foremost, they are to study the Scriptures as the rock-solid foundation of their pursuit of godliness. We are told that a large number of Thessalonians responded in faith as Paul “on three Sabbath days reasoned with them from the Scriptures” (Acts 17:2). God’s Word is the basis on which to draw spiritual truth for practical godliness. When we call others to a godly life, we are to preach not the words of men, but the words that come from God (2:13).

Your Joy and Glory

Paul’s love for his audience is unquestionable. Along with Timothy and Silvanus, they constantly mentioned them in their prayers (1:2). They had become affectionately desirous of them, and they were ready to share not only the gospel, but also their own selves (2:8). And why did they do that? Because they had become very dear to them. Moreover, they worked long, tireless hours in manual labor in order that they would not be a burden to them (2:9). Now that he was away, Paul greatly desired to return back to them (2:17). And like a championship prize given to a winning athlete, Paul says that the Thessalonian church is his hope, joy, and crown of boasting. Paul strives to present them as mature disciples in Christ at the Lord’s return. When they show their love towards God and each other, they are filled with joy and God is glorified. Ultimately, the Lord is the source of all the love and joy produced in the hearts of the saints (3:12).

When the gospel message comes down to transform lives, the world can only stand back and say – just as they did of the believers in Thessalonians – these men “turned the world upside down” (Acts 17:6).

Paul’s joy over the church was rooted in God’s joy over him. Repeatedly, Paul reminds the church that God has not destined them for wrath, but for glory (1:10; 5:4, 9). When preaching from this book, we should continually remind our hearers that God loves his children. Even when they sin grievously, God displays his fatherly love by welcoming them back home. Of course, this is not a license to tread on his grace, but is a motivator to live lives of holiness.

Looking Back and Looking Ahead

In the first major section of this letter (chs. 1-3), Paul looks back on his ministry in Thessalonica. He is encouraged by their faithfulness and obedience to the Lord. One can readily see his affection for the believers, especially as he addresses specific people, places, and situations. He encourages them to be hopeful, expectant, and strengthened by the good news that Jesus has promised to return. In the second major section of the letter (chs. 4-5), Paul charges them to wait in hopeful anticipation for the second coming of the Lord. They are to live holy lives with this greater perspective in mind.

In our preaching, we are to call our hearers to hopeful obedience as we look forward to the Lord’s return. Sometimes, it seems as though wicked prosper and have won the day, yet we are called to have faith in God’s good plan. He is in control, even though it does not always appear so from our limited perspective. We are to hope that God will return to completely rescue and fully redeem his people. Paul directly charges us, “Encourage one another with these words” (4:18).