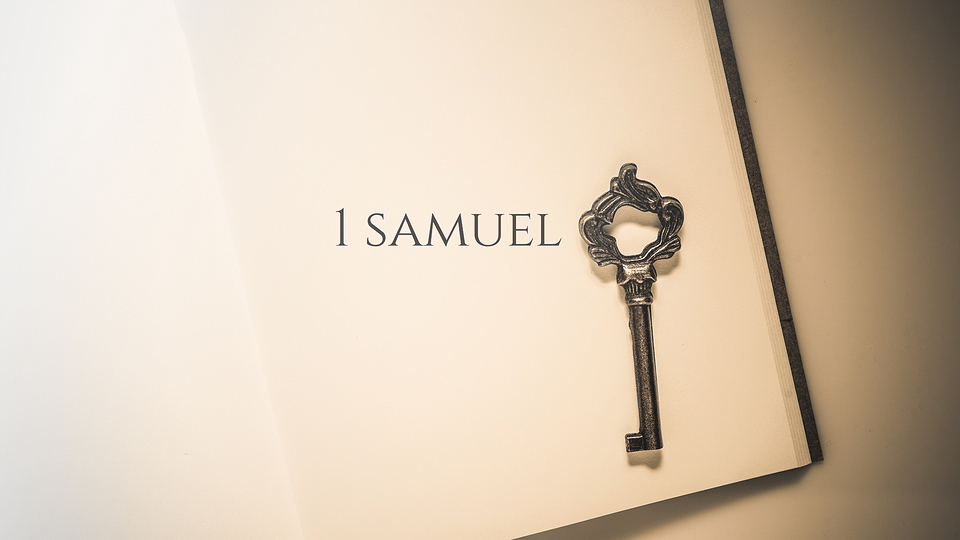 Preaching from the Old Testament can be a great adventure for the preacher and a treasure trove of gold nuggets for the listener. It sometimes takes a bit more work and imagination to mine these nuggets, but it is well worth it. One would be hard pressed to find more material for some incredibly relevant messages than from I Samuel.

As an overview, I Samuel is a bridge connecting the loose knit governance of Israel during the period of the judges to the beginning of the more centralized governance of the kings. Its place in the ongoing story of Israel as the people of God presents lessons of God’s sovereignty, His processes, and His principles as he deals with people. God deals with us with the same principles as which he dealt with Samuel, Saul, and David.

I have been preaching since 1978, and serving as a pastor since 1982. I have preached many times from I Samuel, and after reviewing some material for this blog, will likely do so again soon! There are great passages for standalone messages.   The gold standard, however, is a series on the life of David.

Here are some thoughts on single messages:

“Godly Mothers” … I Samuel 1-2 … it is difficult to resist a Mother’s Day message based on some character qualities of Samuel’s mother, Hannah. Her prayer life, sacrifice, and dedication brought her great blessings beyond the birth of Samuel.

“The Legacy of Two Leaders” … working through and applying the biographical parallels and differences between Samuel and Saul present a great challenge for obedience in our lives. Their similar calls, commission, and conquests bring a different conclusion, all connected to Samuel’s obedience throughout his life and Saul’s disobedience. The narrow path of leadership can certainly be highlighted.

“Ebenezer (Not Scrooge) … I Samuel 7:9-13 … I put this in because I like the title, but a look back, a look forward, and a look for the present can make a great New Year’s message. In addition, some folks might enjoy learning where “Here I raise mine Ebenezer” came from!

“Dead Dogs and Single Fleas” … I Samuel 24:14 … see above on title, but some trivial pursuits pitted against some tremendous pleasures for the millennials camping out on their play station!

There are many others, but as you read through I Samuel several times before beginning to preach, there will doubtless be multitudes of other ideas that will flow.

I am not sure how any preacher can avoid a series on David: A Man After God’s Heart when preaching through I Samuel. Here is a 10 message series that should entice every preacher to dive in:

“The Foundation” … I Samuel 13:14 describes what God looks for in leadership.

“The Home” … II Samuel 3:2-5, 5:14 … got out of the boundaries of I Samuel, but had to do it. Even a man after God’s own heart had great deficiencies as a father. We all have our challenges.

“The Vision” … II Samuel 7 … We all need a purpose larger than ourselves.

“The Repentance” … II Samuel 11:1-12:25 … the horrible circumstances and consequences of the adulterous and murderous account with Uriah and Bathsheba is only salvaged by godly repentance.

“The Grace” … II Samuel 9 …The unmerited favor David gave to Mephibosheth pictures the grace of Jesus Christ to us.

All approaches to preaching from I Samuel are as unique as the preacher delivering the messages. I have found the preparation time to be enjoyable (yes, that is possible) and can even let a few creative juices flow. More than that, God’s people can be challenged and blessed and Jesus Christ be honored and lifted high when preaching from this great book.

About: Dr.  Jimmy Pritchard serves as the Senior Pastor of First Baptist Church Forney, TX.  He earned his bachelor’s degree from Sam Houston State University in Huntsville. His master’s and doctorate were both earned from Southwestern Baptist Theological Seminary in Ft. Worth. Prior to coming to First Baptist Church Forney, Dr. Pritchard pastored churches in Oklahoma, Arkansas, and Texas.