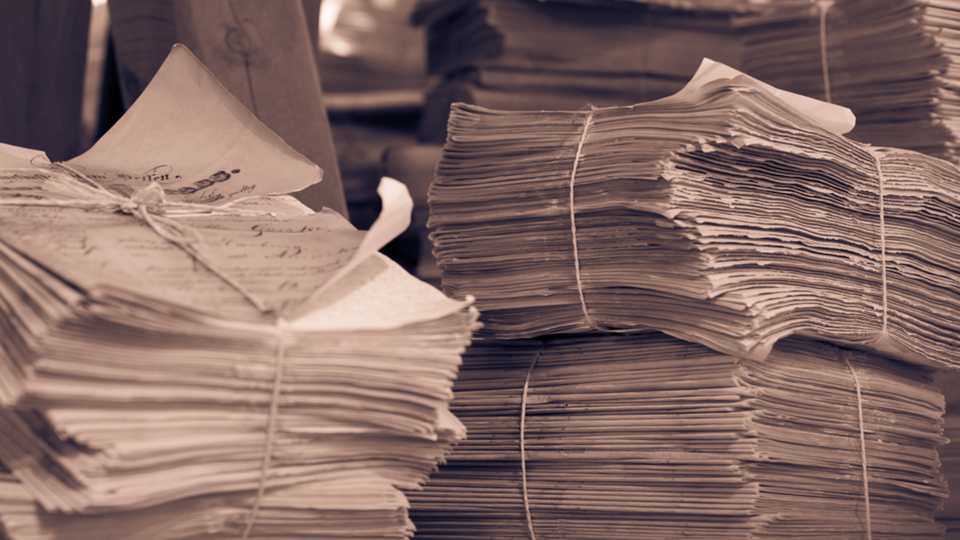 Preaching Christ from the Epistles

On the one hand, the goal of text-driven preaching is always the same: to interpret and communicate a biblical text so as to re-present the substance, structure, and spirit of the text.

On the other hand, doing this well means paying attention to the distinctives of each genre.

What is distinctive about the Epistles? The Epistles are letters, a few to a church leader, most to a church or churches. Therefore, they follow the traditional structure of ancient letters—salutation, body, conclusion. And each of these parts are employed for theological purposes.

The Epistles are written to people who occupy the same epoch of redemptive history as we do. Like them, we live in a bridge moment after the promises of God were given to ancient ethnic Israel, after the fulfillment of those promises in the person and work of Christ, through our union with Christ, amidst the work of the Holy Spirit in bringing the good news of Jesus to the nations, but before Christ’s return and the completion of our salvation. Like them, we live as strangers, aliens, exiles in the world who await our heavenly home. Like them, we establish our Christian identity and live out our discipleship through local churches.

The Epistles are not evangelistic, like some of the sermons of Peter and Paul in Acts. Instead, they are written to people who have received the gospel. Imperatives therefore follow the indicatives of what Christ has already done in the lives of the readers.

These are a few of the elements that make the Epistles what they are. How should all this impact our work of interpreting and communicating their substance and spirit? Let me offer eight guidelines.

1) Since most of the Epistles are written as arguments, trace the argument.

Before you preach any part, try to understand where it fits into the argument as a whole. You might do a “discourse analysis,” “argument tracing,” or “text linguistics.” This means paying especially close attention to connecters like “for,” “therefore,” and so forth. Is that a ground clause? A purpose clause? An inference? Familiarity with the original language plays an especially important role in tracing the argument, as do the basic rules of historical-grammatical exegesis. What’s the syntax? What kind of genitive is that? Avoid the fallacies of word studies. Usage is key.

2) Since the Epistles offer arguments, you may need to give extra thought to illustrations.

Oftentimes, narratives naturally illustrate themselves. Not as much for epistles. They tell more than show. Set aside extra time to prayerfully develop helpful illustrations.

3) Since the Epistles are occasional, understanding the historical circumstances is crucial to both meaning and application.

Paul is responding to factions and a host of other problems in 1 Corinthians; false teachers who speak against him in 2 Corinthians; false teachers who are undermining the gospel in Galatians; and so forth. Understanding those circumstances is essential to interpreting the text and applying it to your church. Is the command against being “unequally yoked” in 2 Corinthians 6:14 about dating non-Christians, business partnerships with non-Christians, or church membership? The fact that Paul is responding to false teachers throughout that letter points us to the third option.

The occasional nature of the epistles also mean that not every command directly applies to us. When Paul requires head coverings or making lists of widows over sixty, he is speaking to a particular time and place with particular set of cultural dynamics in mind. The principles here surely apply to us, even if the specifics don’t. But you need to work through these kinds of exegetical and theological judgments. Typically, other clues in the text help us to know if something stays in the first century or makes it to our own. For instance, we know that Paul’s instructions regarding male leadership in the church applies to us because he grounds his instructions in creation itself (1 Tim. 2:11-14). They therefore apply to every culture.

4) Since the Epistles occur after the Christ event, consider a text’s Old Testament background.

In other words, always look backward in redemptive history. The whole Bible is held together by the structures of promise and fulfillment. The Gospel and the Epistles emphasize God’s work of fulfilling his Old Testament promises. Are any promises being fulfilled in your text? Which biblical theological themes connect your text to the Old Testament? Suppose you are preaching Colossians 1 and describing how God has delivered us from the domain of darkness and transferred us to the kingdom of his Son. This text builds on exodus imagery, which means you can (even should) employ the exodus as an illustration. You can encourage your people by telling them that plagues and divided seas and the defeat of entire armies merely shadow the greatness of salvation they’ve received. Wow!

5) Since the Epistles occur before Christ’s return and consummation, consider the hope to which a text points.

In other word, always look forward in redemptive history. What promises of God have not yet been entirely fulfilled? Recall that the epistles are written to a people still in exile who have not yet reached the heavenly city. We should always apply the Epistles mindful that they and we abide in the already/not yet. They will experience suffering and persecution. That does not negate their promised hope.

6) Since the Epistles were written to churches or church leaders, apply the text to the whole church.

Most of the epistles are not personal letters, but more like family letters or corporate letters. We should preach them as such. This means developing sermon applications that appeal to your members not just as individuals but as a church body. Suppose you’re preaching Peter’s command to be holy because God is holy (1 Peter 1:16). Talk to your members about pursuing holiness in their individual lives, yes, but then challenge them to do this through each other. Church, we should help each other fight for holiness. So are you willing to confess your sins to a brother? Are you willing to have that awkward conversation in which you confront the sister? Church, the call to holiness is also why we need to take care of our membership rolls. Can we give an account for every name on it? Are we willing to practice church discipline?

7) Since many of the Epistles follow an indicative / imperative pattern, being rooted in the gospel, our sermons must always preach both.

You might be preaching a shorter passage that only contains imperatives, such as the commands of Romans 12. But remember that Paul, when writing chapter 12, had chapter 1 to 11 in mind. So he makes his chapter 12 appeal “by the mercies of God.” So do what Paul does, even if you’re just preaching chapter 12. Remind them of the indicatives of the gospel and make your appeals by the mercies of God. Otherwise you are not preaching a Christian sermon. You are preaching moralism. Alternatively, if you are preaching a text which focuses on what Christ has done—say, Romans 3:21-26—lean into the encouragements of the indicatives, indeed! But don’t be afraid to draw out an imperative or two. For this text, you might preach, “Stop boasting in yourself!” which is how Paul immediate applies it (v. 27).

8) Since the Epistles look backward and forward to Christ, always exalting him, so should your sermon.

Ultimately, every sermon should be Christ-exalting, not self-exalting or audience-exalting. You don’t want your hearers walking away thinking, “Goodness, I have work to do” or “How sinful I am.” Okay, maybe a little of that. But principally, you want them thinking, “Goodness, what a remarkable Savior! I can think of no better thing than following this Lord!”