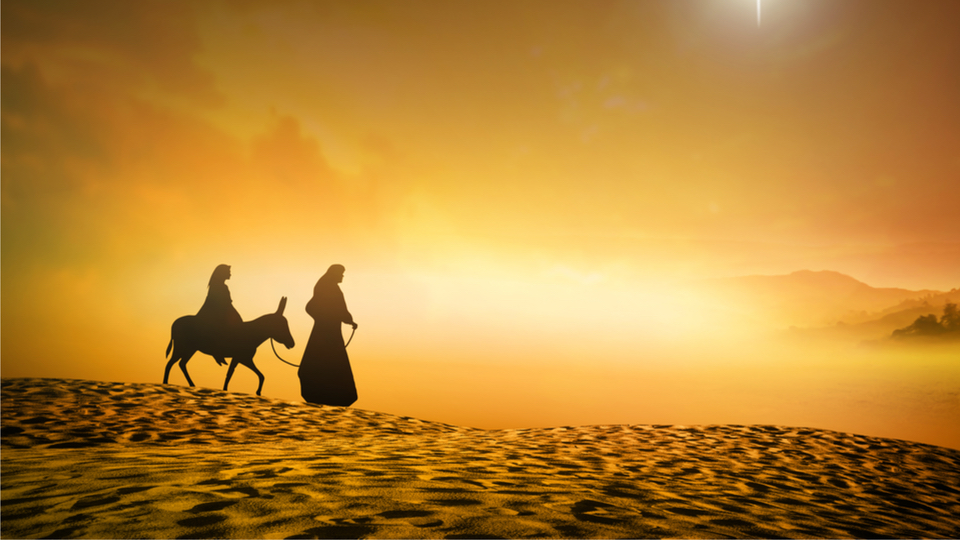 Who would expect a non-Israelite Prophet like Balaam to be the avenue through whom God would give one of his strongest promises about a coming King and Ruler over all of the world? But that is what Numbers 25:15-19 surprisingly teaches us.

Even though this text used the typical prophetical form of poetry to give its oracles, it presents itself much as a narrative text would in its entire setting.

God’s messenger on this occasion was a man named Balaam, son of Beor, not a man of Jewish descent, surprisingly enough, but a native from the city of Pethor, Syria, near the Euphrates River (Num. 22:5). He was hired by the Moabite king Balak to curse the Israelites, (i.e., to put the mojo or hex on Israel) a massive number of people who were covering the face of the land just outside his country. He hoped in this way to defeat Israel.

Despite several attractive offers Balak tendered towards Balaam to get his cursing right, in three attempts to put Israel under a curse; instead, he ended up each time blessing them to the disgust of King Balak. Balaam had warned those who made the 500 mile trip to his home in Pethor, Syria that as a spokesman for God, he could only do what God told him to do (Num. 2:8, 18). Moreover, to complicate things further, God had already given his blessing to this horde of people parked on his doorsteps, so the prospects of attaching a curse or some kind of magical words that would lead to Israel’s defeat was just not an open option.

All of that is exactly what happened. So King Balak broke off all contact with this hired foreign prophet, and I suppose Balaam lost any anticipated Honorarium from his speaking efforts after blessing Israel three times in a row despite King Balak’s repeated attempts to get Balaam under the correct auspices of the right setting, precise place, and acceptable sacrifices (The First Message: Num. 23:1-12; Second Message: 13-26,; Third Message:  24:1-1). King Balak was blazing mad at Balaam, for he slapped his hands together and yelled: “I summoned you to curse my enemies, but you have blessed them these three times. Now leave at once, and go home!” (Num. 24:10-11).

But before Balaam left Moab, Balaam reiterated his warning that he gave when he was invited to go 500 miles to the south of his home to curse Israel. He gave Balak one for the road!

Did I not tell the messengers you sent me, “Even if Balak gave me all the silver and gold in his place, I could not do anything of my own accord, good or bad, to go beyond the command of the LORD – and I must say only what the LORD says? Now I am going back to my people, but come, let me warn you of what this people will do to your people in days to come.” (Num. 24:12-14).

Balaam gave a fourth, unasked for message to Moab and King Balak, which is the heart of our preaching point this day – Numbers 24: 15-19. We begin with the “focal point” of the passage, or as some call it, “the Big Idea” of the text. It is Numbers 24:19 – “A Ruler will come out of Jacob.” But that immediately raises the question: “Who is this Ruler?” And “Why must he come out of Jacob?” And “What does this have to do with King Balak’s problem of a huge host of Jewish people camped on his doorstep that have come up out of the wilderness desert?”

Balaam made some pretty high claims [our homiletical keyword]  for both the source and the substance/contents [our two points in our outline] of this fourth message. Balaam claimed it was about: a Ruler,” One who would come as a “Star out of Jacob,” who would rise with the “Scepter …out of Israel.” All of this would take place “in days to come” (Num. 24:14c). Who could this be? And why would he need to be connected with “Jacob” and “Israel?” Was this all in the Promise-Plan of God? Of course!

But no less certain was the foreign prophet about the source of his message, for what came to him was a divine revelation, indeed it was “a vision from the Almighty” (24:16c). This message came to him personally, opening his eyes and his hearing so he could “see” and “hear” the words from God himself (24:15c, 16a-b). Balaam claimed to have “knowledge from the Most High” (24:16b). In words that are as clear as can be, this prophet, though not of Israelite stock, claimed to have received a propositional declaration from God that gave him a whole new perspective on God’s plan for his future rule and reign.

So what was it he saw and heard? What was the content of this oracle from God?  Well, what he saw was a man, but not a man who was already present (24:17a-b). This man will come in the future “out of Jacob” (17c). The symbols of his reign would be a “star” and “a scepter.” Jewish interpreters early on decided this could be no one other than the Messiah. To show that this passage was clearly connected in many Jewish minds with the future arrival of the Messiah, this can best be illustrated by the fact that a pseudo-messianic claim was made by “Simeon, Bar Kochba” meaning “Simeon, son of the Star.” Simeon was the man who led a revolt against the Roman Emperor Hadrian in A.D. 132, to oppose Hadrian’s founding of a non-Jewish city renamed “Aelia Capitolina” on the ancient site of Jerusalem, after expelling all the Jews from that city. However, Simeon’s claim to messiahship and to leading the Jewish people came to a bitter end as he was soundly defeated and killed. So much for human aspirations to messiahship!

Balaam, under inspiration of the Holy Spirit, foresaw, however, that the Ruler who would emerge from Israel’s midst, would be blessed of God to be the King of kings and Lord of lords over all nations and all kingdoms on earth “in the days to come” (24:14c). For starters, Moab would be conquered along with Edom (17e. 18a). It is not known who the “sons of Sheth” are (17f), unless the writer meant “Seth, the actual son of Adam. Then this would reflect the whole human race since the time of Adam, making the realm claimed for Messiah to be worldwide!

Amalek, the arch enemy of Israel, who was “first among the nations” (Ex. 17:8ff) to attack the end of the line of Israel’s march, thereby killing Israel’s elderly, sick and infirmed. So it would go with all the challengers to this coming Ruler, the Messiah. These nations listed here were but types and forerunners of those who would pose war against Israel in the future, but all in vain.

Conclusions: God had long ago chosen Israel; he would not go back on his promise; it all was “irrevocable!” (Rom. 11: 29). God’s Messiah would be a Ruler, hold the scepter long ago offered to Judah (Gen. 49: 10). Here was the brightest “Star” in God’s heavens and on earth!

About: Dr. Walter Kaiser Jr. is the Colman M. Mockler distinguished Professor of Old Testament and President Emeritus of Gordon-Conwell Theological Seminary. He also served as the seminary’s President from 1997-2006. Prior to coming to Gordon-Conwell, Dr. Kaiser taught Bible and archaeology at Wheaton College in Wheaton, Illinois and taught at Trinity Evangelical Divinity School in several capacities. In addition to teaching in the Old Testament Department, he was Senior Vice President of Education, Academic Dean, and Senior Vice President of Distance Learning and Ministries. Dr. Kaiser currently serves on the boards of several Christian organizations. He has contributed to such publications as Journal for the Study of Old Testament, Journal of the Evangelical Theological Society, Christianity Today, Westminster Theological Journal, and Evangelical Quarterly. He has also written numerous books, some of which are: Toward an Old Testament Theology; Ecclesiastes: Total Life; Toward an Exegetical Theology: Biblical Exegesis for Preaching and Teaching; Hard Sayings of the Old Testament; Communicator’s Commentary: Micah to Malachi; Leviticus in The New Interpreter’s Bible; Exodus in the Expositor’s Bible Commentary; The Messiah in the Old Testament; A History of Israel; and he co-authored An Introduction to Biblical Hermeneutics: The Search for Meaning. His beloved wife of 56 years, Marge, passed away in 2013. Dr. Kaiser also has three sons, one daughter, four granddaughters, and three grandsons.