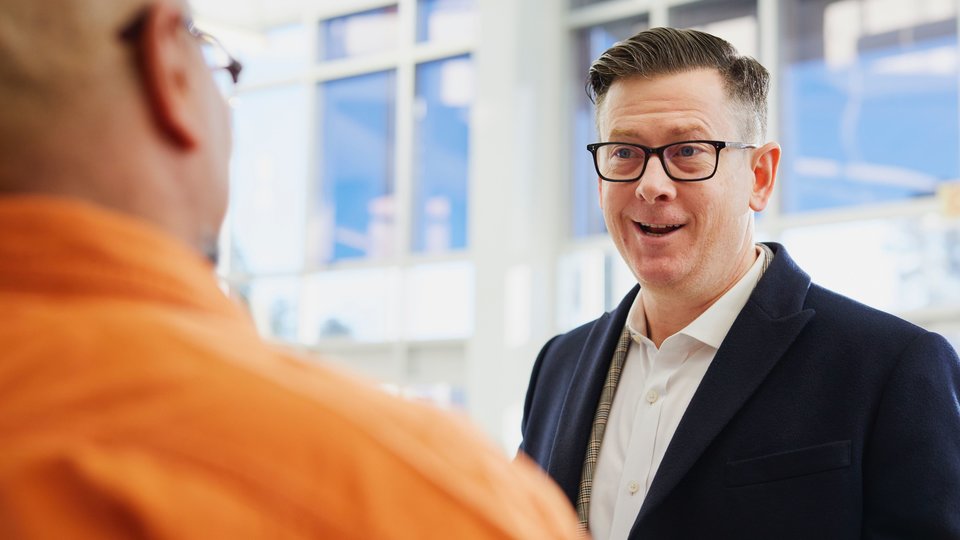 Moses and Joshua, Elijah and Elisha, Paul and Timothy.

Mentorship is an established tradition within our faith. Proverbs 27:17 reads, “Iron sharpens iron, and one man sharpens another.” It’s clear that we need each other. In 2 Timothy 2:2, another well-known verse about this type of relationship, Paul even charges his young follower to take what he’s been taught and “entrust [it] to faithful men who will be able to teach others also.” While we see more like this on display throughout scripture, you won’t find the term “mentor” anywhere. I doubt anyone could look at the life of Jesus and say that wasn’t what he was doing with the 12 Apostles–yet how do we define exactly what He did? What about Moses? Is there a “Lead God’s People 101” course he gave to Joshua? What was the day-to-day knowledge transfer like in Elijah and Elisha’s life?

Both the Old and New Testaments show us plenty of these relationships, and we acknowledge the obvious benefits of having encouragement and accountability from someone older and more experienced, but there’s little outlining a clear game plan on how to execute receiving that effectively. At the same time, I recognize the difficulty in actually passing along what you know.

The unfortunate case is that too many preachers in the pulpit keep what they know to themselves. It’s important to remember that as pastors and preachers, it’s your job to communicate, to pass along what you have been taught. The platform may be relatively easy compared to the intentional and often high-cost investment of a one-on-one relationship, but it’s one of the keys in seeing Christianity find success in today’s day and age. Was it Dave Ramsey who said that things are “better caught than taught”? What are you doing to decisively train up the next generation of preachers?

Think about how high your personal standards are. If you were choosing someone who you deem worthy of following, don’t you want them to be not only capable of teaching, but have something to offer you and being willing to share it? Think about how big of a deal it must be then, for someone to approach you and ask for mentorship. Don’t dismiss an ask outright. It must be intimidating to approach someone you look up to.

Think long and hard, and pray about your interpersonal outlets, if they exist. Do you just preach in the pulpit? If so, maybe you should consider “preaching” in your office. Making disciples is the name of the game. Christ commanded all of us, pastors and laity both, to go under His authority and pass along the knowledge of this saving grace. That being said, like we learned from Jesus Himself, “let your yes be yes.” If you decide that you’re not doing enough to pass along what you’ve learned to those who are eager to receive it, then mean it. If someone approaches you and you think it’s a good idea to mentor them, go all in. If you get into the process, don’t let those meetings creep up on you and leave you unprepared. Don’t peter out or let the importance of it fade.

I understand the difficulty. As a pastor, it’s hard to give another hour out of the week to yet another person when so many others already court you for time. We all have things that fill us up and things that drain us… imagine how fulfilling it would be to make a difference not just in one person, but if done right, many. Think about the life change, the salvation that will come. Think about the multiplication! If those things don’t excite you, perhaps you need to think hard about what you want. Remember, a fellow believer’s win is our win, a Kingdom win!

It’s okay to invest a little (or a lot) of yourself into a relationship of this nature. Take an interest in their life, their calling, their testimony, and their hopes and dreams. Pray with them, eat with them, get to know their family, their struggles, their interests. Be a friend to them. It’s important to listen before you even try to lead them. Doing this will enlighten you to their needs. Remember that mentoring someone doesn’t have to be a counseling session for them; there are plenty of well-qualified people who can help them in that aspect. You’re here for a specific purpose.

As someone you’re mentoring talks, you’ll begin to hear what desires and needs are rooted inside their hearts. Sometimes you’ll need to simply encourage them to run, and at others, they need equipping. There will be times where you’ll be a coach, a fun uncle, or even a father figure at times. It’s not rocket science, it’s discipleship–it’s simpler than you think. You don’t need to be a genius to figure out how to make an eternal, Kingdom difference… you just need to care.

As wonderful as it is, Google Maps only works if two pieces of criteria are met: a starting point and a destination. You need both to get those turn-by-turn directions to where you’re going. A mentoring relationship like that is similar to that. To measure success, to see if what you’re doing is different, you have to have a place to start, and a goal in mind.

So then, what is a success? Is it completion of a 10-session class you created? Is it a calendar year of monthly coffee conversations? Is it seeing measured growth in their ministry? Done right, I’m sure those can help. Is it watching their sermons and giving a critique? Is it helping them develop better study patterns? Work on oration? Is it the maturation of personal disciplines or some other alignment of values? Perhaps. These things are good, and they absolutely will help. Each person you take on will benefit from these practices, and each person will require tweaks to different aspects of their craft, but they aren’t the end goal.

So if there are steps and checkpoints along the way, how do you know when you’re done? One of the best examples of this in Scripture is Paul and the younger Timothy, who went from “son in the faith” (1 Timothy 1:2) to “coworker” (1 Thessalonians 3:2). I’d say that success should be measured by when your mentee is committed the same way you’ve committed. They need to understand the sacrifice of schedule, and the overwhelming joy of seeing someone grow.