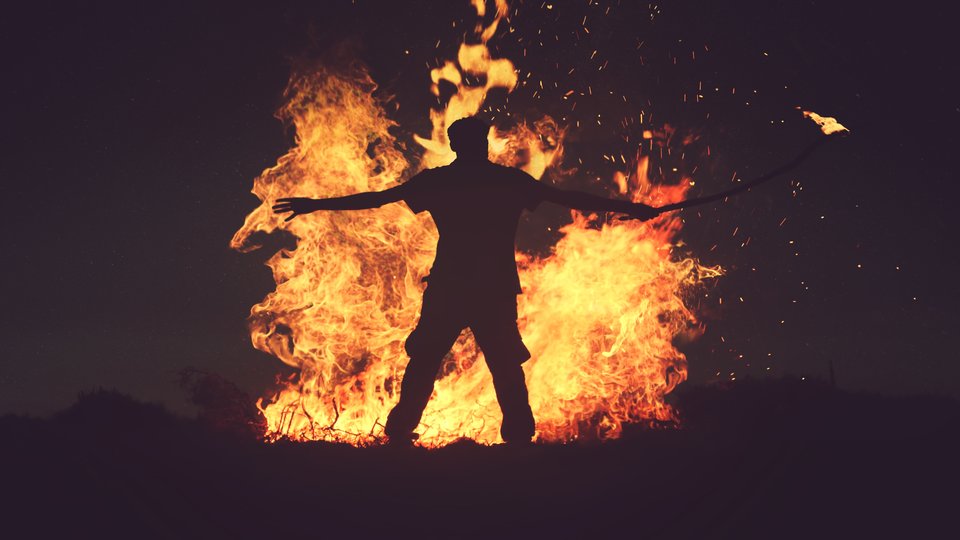 Light and Heat: What is Heat?

The Puritans viewed the pulpit as a place that always needed both light and heat. Light came from the Word of God to push back the darkness in a heart and soul. Heat was the passion exuding from the heart and the soul of the preacher.

It was a hot May Sunday night in Central Texas a little over eighteen years ago. I was standing behind the pulpit in a small church outside of Waco, staring at the small but faithful Sunday night crowd. Just a short year earlier I had trusted Jesus as my Lord and Savior at the steps right in front of this very same pulpit. Not long after that, I had told my pastor that I believed God was calling me to serve the church for the rest of my life, and he responded, “Great! Start right now by handing out these bulletins, and begin praying and studying because you’re going to preach in two months.”

Now, standing in front of approximately a hundred people with a knot in my stomach, a lump in my throat, and passion in my heart, I opened my Bible to Psalm 23 and began. Seventeen minutes later I was closing in prayer. In the course of that short time, I had said “Amen?” roughly forty-eight times looking for affirmation of what I was saying. Honestly, it was an exegetical mess and an expositional nightmare. At the time, I had just started my first semester of Bible College. I still had so much to understand about appropriately handling the Word of God—and still have more to learn. However, there was something inside of me that night that I pray never leaves: passion. A passion to know God, and to make Him known.

Often, we’ll hear of screaming preachers being referred to as passionate. Maybe, they’re not as passionate as they are just hard of hearing or angry. False passion is not helpful. What is desperately needed in our pulpits is an authentic heat. When I say passion, I’m talking about a fire in our bones to see people know the Lord, grow in His grace and mercy, and have the inability to keep their mouths closed when it comes to telling others about the greatness of our God.

Thousands of years ago, the prophet Jeremiah exhibited this kind of passion: “If I say, “I will not mention him, or speak any more in his name,” there is in my heart as it were a burning fire shut up in my bones, and I am weary with holding it in, and I cannot (Jeremiah 20:9).”

Here are three things that help cultivate a genuine heat in preaching:

Preach from the overflow of your own worship of Jesus. Before God ever gave you a title, position, or pastorate, He saved you to be His adopted child. Before your name ever appeared on a business card, a church sign, or website, He called you to be a follower of Jesus.  Your identity is not in being a preacher, professor, or pastor; your identity is in Christ. You’ll always be at your best when you’re preaching, teaching, and leading out of the overflow of your own worship of Jesus. Spend time with Him and His Word in prayer and meditation. Someone can be the best gourmet chef in the world; however, if he never personally takes the time to sit down, rest, and eat, eventually he’ll be so weak and anemic that he’ll be unable to feed others.

Preach with confidence in God’s inerrant Word. Confidence in the foundational source from which you derive everything you’re saying will stir a passion in you that cannot be contained on the inside. There are few situations that are more uncomfortable than listening to a communicator trying to convince people of something that they’re not convinced of themselves. If you don’t believe the Bible, you cannot teach it with authentic passion. That is why some of the “coldest/deadest churches” in the world are a part of denominations and networks that have forsaken believing in the inerrancy and infallibility of Scripture.

Preach with desperation and dependency. If you’re not careful, you can become so good at exegeting texts of Scripture that you start delivering sermons that are full of polish and empty of power. Without a doubt, this can become the biggest trap for those who are naturally gifted communicators. You become so reliant on your skills, that you stop depending on the Spirit. The apostle Paul told the church in Corinth that he didn’t come preaching in lofty or plausible words, but rather with a human weakness. His hope is that there would be a demonstration of power, so their faith would be in God and not in him (1 Cor 2:1–5). As communicators of the Word, we should always put in the work of properly understanding and communicating the Scriptures. Yet, may we always approach the task with an attitude of desperation for the Spirit’s power, and a dependency on Him to minister in a way that only He can.

It’s a sad and cold tragedy when our skills, talents, and disciplines show up in our preaching, but the Spirit doesn’t. It makes for a sermon full of head knowledge but empty on heat for the soul and heart. Sadly, those kinds of messages may impress people, but they don’t transform them.

May our times gathered together as the church be filled with authentic passion. Like my old baseball coach used to tell us, “It’s time to bring the heat.” Lord, would you fill a generation of preachers with fire for your glory?

Shane Pruitt is the Director of Evangelism for the Southern Baptists of Texas Convention.