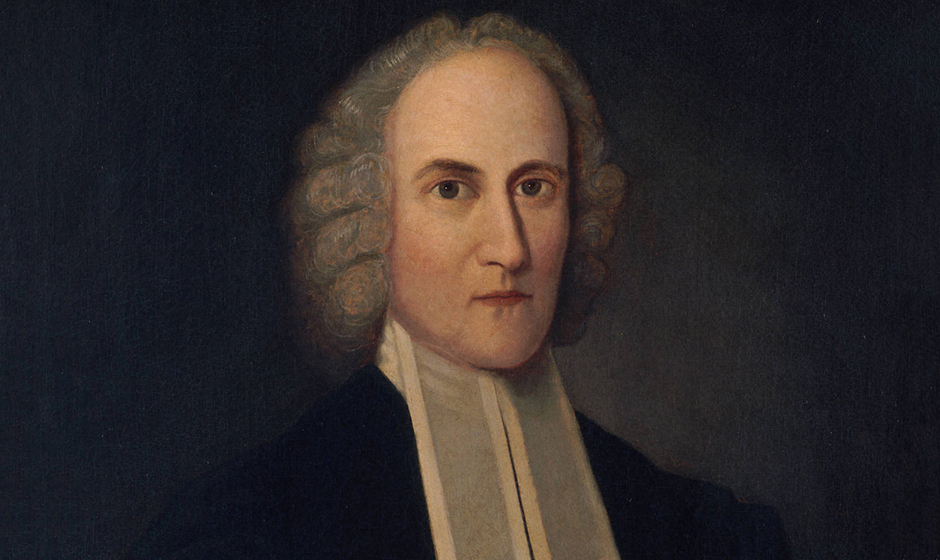 Learning to Preach from Jonathan Edwards: The Preacher as a Burning and Shining Light

Jonathan Edwards (1703–1758), the great colonial American pastor and theologian, is generally not known as a great preacher. Rumor has it that he seldom made eye-contact with his audience; if he wasn’t reading his sermon manuscript he would stare off toward the bell rope at the back of the church and drone on (a rumor that fortunately is more myth than fact!). Yet what he may have lacked in pulpit eloquence he made up for in powerful prose which helped fuel the revivals of the First Great Awakening. When we look at what he said about preaching in his sermons, we discover wonderful meditations on the true nature of ministry and gospel proclamation.

Throughout his life, Edwards was called upon to deliver sermons at the ordination of young ministers throughout New England. We find Edwards’s rich theology of ministry in these sermons. In one of them, “The True Excellency of a Minister of the Gospel” (August 1744), Edwards spends considerable time examining John the Baptist, one of the great scriptural exemplars of preaching. Jesus lauds John by noting that he was “a burning and shining light” (John 5:35). Throughout “True Excellency” Edwards explores the meaning of Jesus’ comment with reference both to John and to ministers today.

John, first of all, was a “burning” light, which Edwards takes to mean that he was “full of a spirit of fervent piety and holiness.” Spiritual fervency and a zealous commitment to holiness is mandatory for gospel preaching Edwards notes. He indicates that John was “filled with the Holy Ghost from his mother’s womb, having his heart warmed and inflamed with a great love to Christ, being that friend of the bridegroom, that stood and heard him, and rejoiced greatly because of the bridegroom’s voice; and he was glad that Christ increased, though he decreased (John 3:29–30).” With the intensity and passion of Elijah, John warned the people “in the most awakening manner” to flee the coming wrath since God’s axe is now ready to bring down every fruitless tree and cast the chaff into the unquenchable fire. Ministers today, likewise, are to possess the same zealous fidelity to God’s standards if they desire to preach sermons that awaken sinners from their sinful slumbers.

John was also a “shining” light: “he was so in his doctrine, having more of the gospel in his preaching than the former prophets.” John’s insight into the person and work of Christ was with “greater light and clearness” than any of the prophets before him. He knew that Christ was to be “the great Redeemer…to take away the sin of the world, as a Lamb offered in sacrifice to God.” He also knew how necessary it was “that all, even the most strictly moral and religious, stood in [dire need] of [Christ], being by nature a generation of vipers.” “In the clearness with which he gave knowledge of salvation to God’s people, John was a bright light, and among them that had been born of women there had not arisen [one] greater than he.” John’s faithfulness and courage, however, did not win him favor, comfort, or the applause of society; it sadly cost him his life. Ministers today are to have the same regard to God’s truth, willing to stand up for it though it cost them their lives.

These two themes—namely of burning and shining lights, corresponding to spiritual fervency and orthodox doctrine—are deeply intertwined in Edwards’s thought. His point throughout “The True Excellency of a Minister of the Gospel” is a common one: that light is only profitable when it is both burning and shining together. Light without heat is pointless; heat without light is useless. Christian preaching needs the union of both.

Interestingly Edwards elsewhere connects these twin themes to his theology of the Trinity. Preachers are to be shining lights because they know Jesus Christ, the incarnate second person of the Trinity. Their communication of this knowledge through sound preaching—preaching that is doctrinal, orthodox, and brimming with insight into the person and work of Christ—is part and parcel with God’s desire to communicate the knowledge of Christ (the Logos) to the world, so that the world may know God through Christ. Jesus Christ is, as it were, the personal divine knowledge shining forth into a dark and sinful world.

Similarly, Edwards maintained that preachers are to be burning lights because they are filled with the Holy Spirit, the third person of the Trinity who has taken up residence in the preacher’s heart. Their communication of God’s holy zeal through fervent preaching—preaching that burns with holy affections for the things of God—coheres with God’s desire to communicate his holy love (or agape) to the world, so that the world may love God through the Holy Spirit. The Holy Spirit is, in a sense, the personal divine love poured out upon the church, igniting in Christians a holy zeal and burning love that helps draw people to God.

In sum, Edwards believed that ministers who preach Christ fervently and truthfully (i.e. who “burn” and “shine”) participate in God’s ultimate end of bringing him glory by drawing sinners into communion with Father, Son, and Holy Spirit. What a wonderful thing that God would allow his servants to participate in this most divine of purposes! What an awesome responsibility as well! “Ministers, in order to their being burning and shining lights, should walk closely with God, and keep near to Christ; that they may ever be enlightened and enkindled by him. And they should be much in seeking God, and conversing with him by prayer, who is the fountain of light and love.”

For further reading see Edwards’s sermon and an article on Edwards’s ordination sermons.