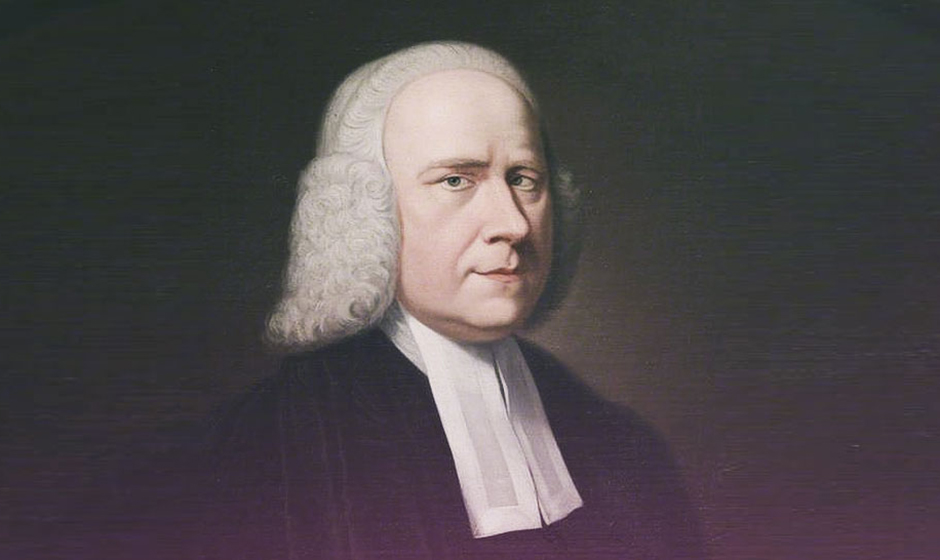 Learning to Preach from George Whitefield

George Whitefield is a preacher worth learning from, and his extraordinary ministry powerfully affected two continents with countless souls being saved.  Whitefield’s preaching influenced virtually every single American.  Based on portraits, Whitefield was not much to look at physically, but in the pulpit he was captivating.  He attracted crowds of people that were unprecedented then and now.  When he preached in London the crowd was estimated to be 20,000 at a time where the city population was less than a million. It was said that “his voice startled England like a trumpet blast.”  In his farewell sermon at Boston, the crowd was estimated to be larger than the entire city population.

There was something different about Whitefield. His sermons were not orderly and are not necessarily enjoyable reading. The preaching of Whitefield was not powered by an expert exposition of a passage like it was for Spurgeon.  Reading Whitefield’s sermons, unlike Spurgeon’s, does not provide the modern preacher a template for crafting their own message or even ideas for illustrating specific points from a passage.  Yet the sermons of Whitefield brought a huge harvest into the kingdom of God.  J.I. Packer writes, “These were no ordinary sermons. He portrayed the lives of biblical characters with a realism no one had seen before. He cried, he danced, he screamed. Among the enthralled was David Garrick, then the most famous actor in Britain. “I would give a hundred guineas,” he said, ‘if I could say ‘Oh’ like Mr. Whitefield.’”[1]J.I. Packer, excerpt from “131 Christians Everyone Should Know,” https://www.christianitytoday.com/history/people/evangelistsandapologists/george-whitefield.html

Whitefield’s preaching was much admired, so much so that even Benjamin Franklin, a skeptic of the church and a frequent critic of preachers, loved to hear him preach.  On one occasion Franklin purposely left his wallet at home when he went to hear Whitefield preach because he knew he would be convicted to give him money.  After the sermon, Franklin borrowed money from a friend and gave anyway.

The preaching of Whitefield was empowered by the Holy Spirit and the force of his personality.  Whitefield believed what he preached, and his conviction to see lost souls saved fueled his passion and made his preaching great.  There are many things that we can learn from Whitefield.  A passionate belief in God’s Word, an intense desire to see souls saved, along with a special anointing of the Holy Spirit will empower a preacher to be used by God to achieve great things.

This theme is a common one in the preaching of Whitefield: Not everyone is a Christian, even those who call themselves so, and it is the duty of the preacher to speak to this issue.  Whitefield stated in a sermon, “All are not Christians that are called so; and, till the heart is changed, the enmity against God remains.”[2]George Whitefield, Selected Sermons of George Whitefield (Oak Harbor, WA: Logos Research Systems, 1999). The primary focus of his sermons, which preachers today should emulate, was the new birth. Whitefield reasoned with his listeners to be saved, he proclaimed the way to the new birth and he dramatized his message with passion and thundering warnings.

The modern preacher can learn from Whitefield the importance of emphasizing a changed life as evidence for salvation.  Whitefield did not preach a works-based salvation, but he insisted that works of righteousness are a natural outcome of a true born again experience. In another sermon, Whitefield proclaimed, “What concerns us most to be assured of, and which is the Second thing I was to speak to, is, Whether we have experimentally known the power of his resurrection; that is, Whether or not we have received the Holy Ghost, and by his powerful operations on our hearts have been raised from the death of sin, to a life of righteousness and true holiness.”[3]Ibid.

Whitefield also teaches us to be confrontational.  Whitefield was confrontational with sinners, professing Christians and even with other preachers.  In a sermon on the Holy Spirit, Whitefield said, “Numbers of other texts might be quoted to make this doctrine, if possible, still more plain; but I am astonished, that any who call themselves members; much more, that many, who are preachers in the church of England, should dare so much as to open their lips against it. And yet, with grief I speak it, God is my Judge, persons of the established church seem more generally to be ignorant of it, than any dissenters whatsoever.”[4]Ibid.

Whitefield was not one to shy away from the political events of his day.  We can learn from Whitefield that it is a preacher’s duty to address social issues and politics without fear and without a lustful desire to be accepted by unbelievers as open minded.  Whitefield preached a sermon that was occasioned by a recent upheaval in British politics. Whitefield praised the Lord for delivering England from what he viewed as a rebellion in England that would have threatened the freedom of the church had it succeeded.  Whitefield stated, “But, alas! How soon would this happy scene have shifted, and a melancholy gloomy prospect have succeeded in its room, had the revels gained their point, and a popish abjured pretender been forced upon the British throne!”[5]Ibid.