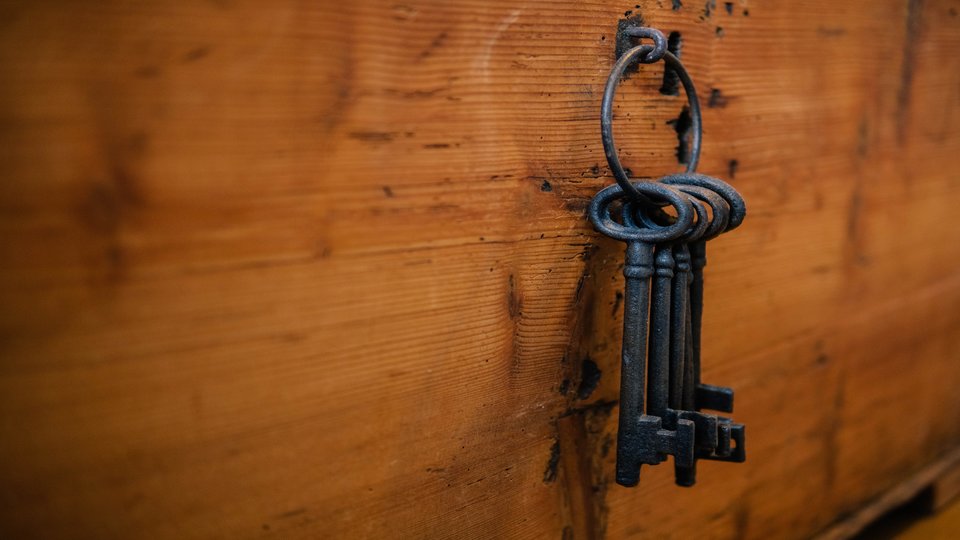 Jesus as Our Interpretive Key

Many years ago, I came to an important realization. You might call it an epiphany. I had gone to church for years, I had heard hundreds of sermons, I had even read every single word of the Bible. I knew what the Bible said. I could tell you where to find many Bible verses. But I did not know what the Bible was about.

Oh, I knew tons of Bible stories. I knew about the faith of Abraham, about Jonah and the big fish, about David slaying the giant and his subsequent moral failure, the wisdom of Solomon, about God’s love, about Jesus’s miracles, and the crucifixion and resurrection. But to me, the Bible had no real unity. Then, as I read the Bible, each text became a to-do or not-to-do list. Have faith like Abraham. Slay your giants like David. Don’t commit adultery as David did. Don’t compromise your faith like Solomon. The imperatives were always my focus when reading the gospels and the epistles.

While I was in seminary, I began to see the error of my ways. Then after getting some experience preaching and teaching, and conversing with parishioners, I had another epiphany. I realized churches were full of people who are just like I had been. They knew the Bible. But they did not know what the Bible was about. I don’t fault them. They did not have the luxury of a seminary education and their churches were not teaching them how to properly read the Bible. In this vacuum of hermeneutical instruction, they were left to themselves to figure it out.

Not knowing what the Bible is about is a problem. But the bigger problem is when you don’t, but think you do. If people don’t recognize the interpretive key for understanding the Bible, I submit that they will substitute their own interpretive key, and that key will often be moralism. And they will think they understand what the Bible is about. A perceived lack of unity in Scripture will be resolved in people’s minds, even unconsciously, through moralism. The Bible then becomes a rule book, little more than a list of do’s and don’ts, and the unwitting adherents become 21st-century Pharisees. But without guidance otherwise, people are often convinced that this is what the Bible is about. Christian Smith’s 2005 book, Soul Searching, confirmed the prevalence of this moralistic view of God in the pews.

Our preaching can either help or hurt in this matter. It all begins in the study. As preachers, we need to do two things. First, let Christ be your interpretive key as you approach the biblical text and let your preaching reflect it so that you help dismantle moralism in the minds of your people. Second, be cognizant of, and avoid the pitfalls of, the approach that you take.

Let Christ be Your Interpretive Key

Is the Bible really about Jesus? Should Christ be our interpretive key for the Old Testament? I submit the answers to these questions are “Yes.” Consider the following:

Thus, we can agree with Alistair Begg who once summarized the Bible in this way:

Be Cognizant of the Potential Landmines in Your Approach

There are three main approaches to preaching Christ, particularly from the Old Testament that posit Christ as our interpretive key for understanding the Bible: Christocentric, Christotelic, and Christiconic. There are whole posts devoted to each of these here on Preaching Source, so I won’t explain these in detail, but I will briefly point out some of the potential issues associated with each perspective.

A Christotelic hermeneutic views Christ as the end or goal of Scripture. It is very similar to the Christocentric perspective but emphasizes preserving the meaning intended for the original audience. A potential danger here lies in a hesitance to connect a text to Christ without a specific reference to him. The result may be a sermon on an Old Testament text that ends up being more Jewish than it is Christian or perhaps advocating for adherence to laws as part of a covenant that has long been expired.

Abraham Kuruvilla is the inventor of Christiconic hermeneutics. Kuruvilla argues in his book Privilege the Text! that there is a divine demand embedded in every text, an ideal world that has been inhabited only by Christ, and therefore an image of Christ in every text. This approach has two risks. First, without an explicit connection to Christ in the sermon, focusing on divine demand may result in the moralism that I am arguing in this post we avoid. Second, while this hermeneutic dovetails nicely with Old Testament narrative, I believe it can present a significant issue with interpreting New Testament epistles. Holding that every pericope contains a divine imperative, even when actual imperatives are absent, does damage to the semantic structure of the text by devaluing the imperatives that are present by divine inspiration. The semantic weight of inspired imperatives is thereby diminished.

Avoid moralizing in your preaching! As you study the text to prepare to preach, let Christ be your interpretive key. But exercise care with your approach, whichever it may be.

Jeff Hampton is a Ph.D. student in Preaching in Southwestern Baptist Theological Seminary’s School of Preaching.