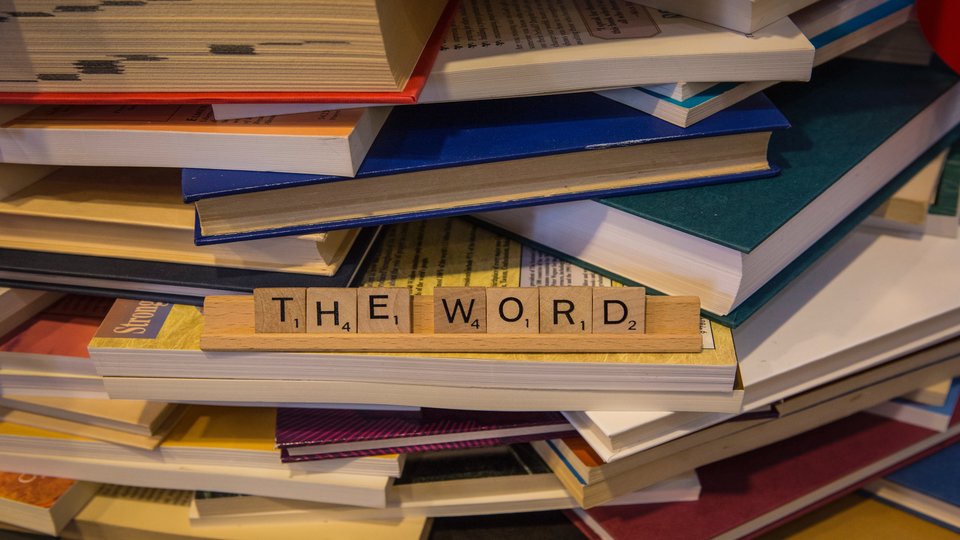 When the Lord spoke to his prophets in the Hebrew Bible, the common refrain was “Thus says the Lord.” The prophet was to repeat what the Lord said to his people, heralding the command of the Lord to a people who rarely listened and obeyed. The Lord also commanded the prophet, or someone else, to write down the words of the Lord. In the case of Jeremiah and Baruch, Baruch was to take down the dictation from Jeremiah (Jer 30:2; 36:2–4, 28) so that those who inherit the land may remember what the Lord has done.

The Lord gave us a book, and with this book, he speaks to us in words. Words matter, and normally when the author of a biblical text desires to emphasize something, they will often repeat words, phrases, or even themes (cf. Ps 3). As such, a pastor must make use of how the author highlights important words since they normally comprise of the author’s main argument.

A quick word search shows that the Epistle of James contains 1,745 words in the Greek New Testament. The most used words, as one might expect, are particles and personal pronouns. However, even using a word search does not necessarily reveal the most important words that James uses. Words like God (θεός) and Lord (κύριος) are used throughout, but contextually James uses them to strengthen his argument. As such, they are significant words, but they add flavor to James’s argument. Rather, context normally dictates what words should be classified as “important,” for these words typically arrange the argument.

James begins his epistle with a call to consider trials of various kinds as a blessing, for the “testing of your faith produces steadfastness (ὑπομονή).” According to BDAG, ὑπομονή carries with it the sense of holding out or bearing up in the face of difficulty. Doug Moo highlights that “the picture is of a person successfully carrying a heavy load for a long time.”[1]Douglas J. Moo, The Letter of James PNTC (Grand Rapids: Eerdmans, 2000), 55. This translation is appropriate considering: 1) James uses it in the realm of the Christian enduring various trials (1:2–4), 2) the testing of one’s faith allows for that person’s faith to be built up, and 3) the word is also used in 5:11 with Job and the steadfastness he had through his various trials. Although with Job the word is in its verbal form, the meaning is nonetheless the same.

Why is this word important? Although there is a debate among scholars as to a coherent structure of James, there is an apparent section within 1:2–18 that focuses upon trials. Indeed, I would even argue that specifically 1:2–18 focuses on trials within the Christian life that all will face, so the Christian must prepare himself for the trials that lie inevitably ahead in his or her life.

Most believers will not be thankful for the various kinds of trials that they will meet. Yet, James gives us a behind-the-scenes look at what is going on within the Christian’s life. Trials are given to God’s children so that their faith may be strengthened and that they may remain steadfast. Steadfastness makes itself evident in our prayer life (1:5–8), and how we view our lives (1:9–11). Furthermore, if we remain steadfast and we do not defect, we are promised that when we remain steadfast under trial, we will receive the crown of life, “which God has promised to those who love him” (1:12).

James is famous, or infamous, for the apparent contradiction that appears between himself and Paul. Whereas Paul says that Christians are saved by grace through faith (Eph 2:8–10), James says that “a person is justified by works and not by faith alone” (Jas 2:24). There is no contradiction, for both Paul and James are using faith and works in a different way, but they mean the same thing. For James, both faith and works are made evident in the life of a believer by how one lives. That is why James can use the examples of Abraham (2:21) and Rahab (2:25) to point to both faith and works. Abraham was made righteous at the moment of his belief (Gen 15:6; Rom 4:3), but his faith was made known through the offering of his son Isaac on the altar (Gen 22). The same is meant with Rahab (Josh 2:8–13), who hears of the Lord and what he has done and hides the two spies of Israel. Her faith saved her.

As preachers and teachers of God’s word, we must pay attention to keywords that the authors of the biblical text use in order to emphasize a certain theme. Reading and rereading of the biblical text are critical to grasping what the author puts on the forefront. As my friend David Allen is fond of saying, “We deal in words, friend.” Words matter, and we must pay careful attention to them.