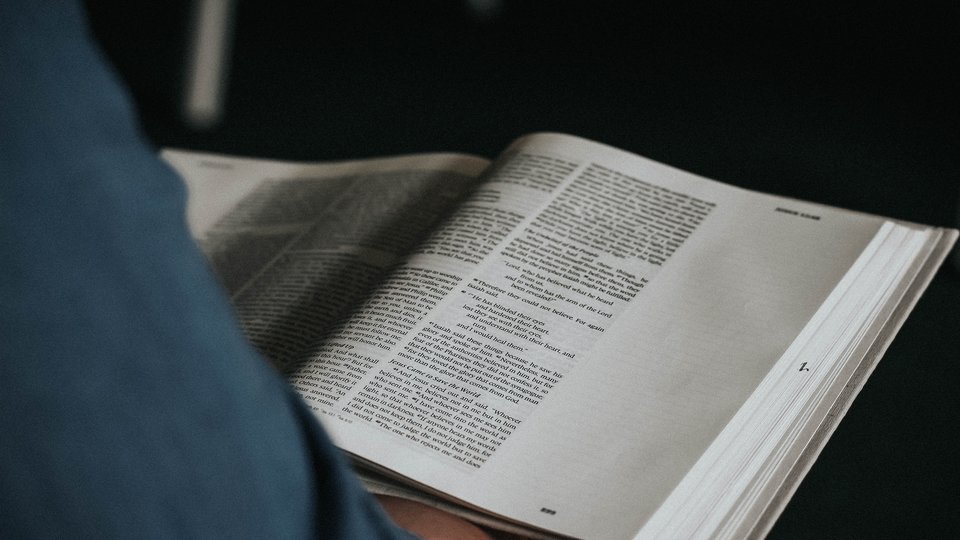 How Preaching Teaches a Congregation to Read Their Bibles

In the early days of movies on DVD, I was living the high life when I scored an RCA 5-disc DVD player with my RadioShack employee discount. Soon after, a friend loaned me his copy of the hit action movie S.W.A.T., which had been burned on two discs. I microwaved some popcorn, loaded the discs into the DVD player, and hit “Play.”

The movie immediately jumped to an action scene, and I was locked in. Although a few elements of the scene didn’t make sense, I assumed they would be explained later and kept watching. As the film progressed, I was able to follow the main storyline, but occasional references to seemingly earlier events left me confused. About 45 minutes into the movie, an extended, suspenseful action sequence played out, and then the movie ended abruptly. I sat there perplexed as the credits started rolling. This was the shortest, most confusing movie I had ever seen. Then I realized what had just happened—I had mistakenly reversed the discs so that Disc 2 played first. I had watched the second half of the movie by mistake. My lack of clarity with characters and plot line stemmed from missing out on the first half. I lacked context.

Many church-goers today experience a similar lack of clarity when preachers bounce around from passage to passage each week instead of walking through books of the Bible sequentially from beginning to end. While these listeners are able to figure out most of the meaning from these sermons, each week feels like jumping into a movie midstream, leaving them wanting for context.

For this reason, my primary method for preaching to my congregation is verse-by-verse, text-driven sermons through books of the Bible. Along the way, I’ve discovered four benefits to this approach.

First, it gives the congregation a framework to more fully understand the passage. Context is the circumstances and details that form the setting for a particular passage. The more context you have, the fuller your understanding. For example, if I jump into Daniel 6 and preach a sermon on Daniel in the Lions’ Den, the narrative stands alone as a testimony of God’s miraculous deliverance of one of his faithful. However, the context of the first five chapters reveals a fuller picture and significance of this episode with muzzled kitties. Daniel’s entire life was marked by faithfulness every step of the way, from his exile out of Jerusalem as a teenager in chapter 1, through serving multiple kings and nations in chapters 2 through 5. Chapter 6 shows the culmination of a life devoted to the Lord, as Daniel’s integrity and faithfulness to the Lord are on display and present a picture of God’s continual faithfulness to Israel even in their exile.

Second, it delivers the text how it was given to the original audience. Just like it seems odd to begin watching a movie at the halfway point or to start a book at chapter 10, so too can it be strange to jump into the middle of a stream of thought in a book of the Bible. The author has a strategic purpose for arranging the book in a particular order, and because we believe all Scripture was written under the inspiration of the Holy Spirit, this also means that God intended the book to be arranged in a particular order. Preaching verse-by-verse preserves and honors the human and divine authors’ original intent.

Third, it protects pastors from skipping over difficult passages or topics. As a pastor, your people need to hear you wrestle with and address those hot-button issues in the Bible that we’re tempted to avoid. Topics such as divorce and remarriage, alcohol use, financial stewardship, and sexual immorality. Sometimes pastors believe if they preach on a difficult topic, their congregation will feel like they have an axe to grind. However, preaching sequentially through a book of the Bible compels and allows you to handle these sensitive issues naturally. It gives the congregation the opportunity to see God’s purpose for including such themes in that particular place in the book. This approach has caused me to preach a number of uneasy sermons along the way, but each one has strengthened my own understanding of God’s Word and helped my congregation know that God doesn’t dodge these topics.

Finally, it teaches God’s people how to read their Bibles. This is really the product of the previous three benefits. It’s also one of the primary aims of preaching. Each Sunday we should explain and apply what a portion of God’s Word says in such a way that it shapes how church members approach their own personal Bible study. In this way, preaching becomes a discipleship tool. Every week, I want my people to walk through the text with me, seeing what I see, understanding the context as presented to the original audience, and then applying it to their lives today. This aids in their spiritual growth and maturity as they go from being fed the Word to feeding themselves with the Word.

“For whatever was written in the past was written for our instruction, so that we may have hope through endurance and through the encouragement from the Scriptures.” (Romans 15:4)

Keith Collier serves as pastor of First Baptist Church in Groesbeck, Texas. He earned a PhD in Preaching and Church History from Southwestern Seminary.