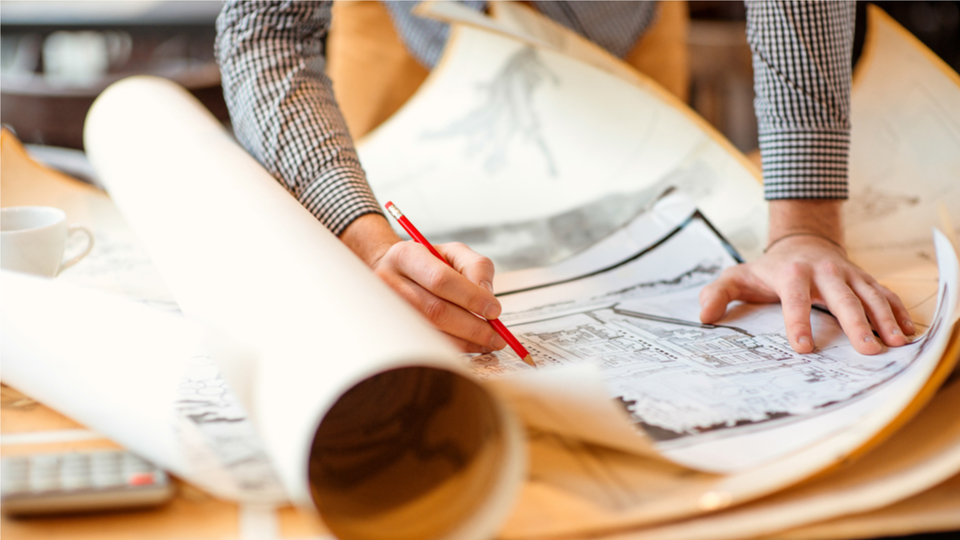 In their book Preach, Mark Dever and Greg Gilbert argue, “Expositional preaching is preaching in which the main point of the Biblical text being considered becomes the main point of the sermon being preached.”[1]Mark Dever and Greg Gilbert, Preach (Nashville: B&H Publishers, 2012), 36. An expository sermon exposes the main point of the text. But the concept known as text-driven preaching nuances this particular philosophy of preaching, for text-driven preaching aims to remain true to the substance, structure, and spirit of the text of Scripture.[2]David Allen, “Preparing a Text-Driven Sermon,” in Text-Driven Preaching: God’s Word at the Heart of Every Sermon (Nashville: B&H Academic, 2010), 107. One of the defining marks of text-driven preaching is its emphasis upon the structure of the text, specifically how the structure shapes meaning and the sermon itself. Consider how dissecting the structure can aid in preaching your sermon.

The philosophy of text-driven preaching is grounded in the theological claim that the Bible is inerrant. If the Bible is inerrant, then this will shape the preacher’s methodological approach to interpretation. As a result, this leads those who take text-driven preaching seriously to consider the specific structural nuances of a given passage of Scripture.

The presupposition that influences a text-driven preacher’s methodological approach is extremely simple but profound: meaning is structured.[3]John Beekman, John Callow, and Michael Kopesec, The Semantic Structure of Written Communication (Dallas: SIL International, 2018), 15. As Louw argues, “To understand any text it is necessary to know how the text was structured.”[4]J. P. Louw, Semantics of New Testament Greek (Atlanta: Scholars Press, 1982), 94. This means that there is meaning beyond the sentence level.[5]Allen, “Preparing a Text-Driven Sermon,” 107. While word studies are important in determining lexical meaning, the interpreter must move beyond mere words and sentences in order to see the whole of the textual meaning. This is identifying the semantic structure of the text. There are four basic types of meaning within any text. 1) The referential meaning referring to the subject being discussed. 2) The situational that involves the environment, time, and setting of the text. 3) The structural meaning, which identifies grammar and syntax. 4) And the semantic structure which refers to how the meaning of the text is structured.[6]Allen, “Preparing a Text-Driven Sermon,” 113. We can call the semantic structure the “deep structure.”

It is universally accepted that the human mind cannot handle large quantities of information unless the meaning itself is packaged/arranged.[10]Beekman, Callow, Kopesec, Semantic Structure of Written Communication, 15–16. Moreover, as humans who communicate via language (written and verbal), we process information, not in random snippets, but our minds attempt to unify meaning. To “understand” means that the information is unified and logically makes sense. To process this unity, Tuggy argues that communication has a set of paragraph patterns.[11]John Tuggy, “Semantic Paragraph Patterns: A Fundamental Communication Concept and Interpretive Tool,” in Linguistics and New Testament Interpretation: Essays on Discourse Analysis (Nashville: Broadman Press, 1992), 46. The semantic structure is organized within a hierarchy of language units (the concept, proposition, propositional clusters, and paragraph), which interrelate through paragraph patterns and communication relationships. Since all language attempts to affect emotions, ideas, and behavior, it is the preacher’s responsibility to understand how the textual information is semantically structured given the text’s specific purpose.[12]Tuggy, “Semantic Paragraph Patterns”, 46–53.

This means that the preacher who expounds the main point of the text must come to an understanding of the semantic structure since meaning is packaged.[13]Walker, Let the Text Talk, 224. While more could be said regarding the semantic structure of a text, the principle that meaning is structured provides the specific nuance that contrasts text-driven preaching with other expository preaching methods.

The same principle applies to Biblical texts. We identity the communication relationships which inform the way we understand meaning. This will take time and practice, but it pays off in the faithful exposition of the passage.[17]Walter Liefeld, New Testament Exposition: From Text to Sermon (Grand Rapids: Zondervan, 1984), 50. Considering using the Semantic and Structural Analysis series from the Summer Institute of Linguistics as a helpful aid.

For readers who aren’t trained in linguistics, all this information can be overwhelming. Yet the application of this meaning is structured principle to preaching is twofold: 1) The semantic structure shows the text’s meaning (main point, subordinate ideas, etc); 2) The structure of the text becomes the sermonic structure. Let’s attempt to put this into practice. Take for example 1 Peter 1:3–5. For the sake of this article, I won’t write out the entire text but will provide a brief skeleton structure.

[reason 1] He has given us new birth

[basis] Because of His much mercy

[result] into a living hope

[means] through the resurrection of Jesus

[result] into an inheritance…

[reason 2] You are being guarded

[purpose] for a salvation…

First, this text falls under the “expository” discourse type. Peter is merely explaining the reality of doxology relating to salvation. Second, we find the major thematic idea: “God is to be blessed/praised” followed by two participles “given us new birth” and “being guarded.” Third, the text presents a reason-result relationship. Since we have been given new birth and are being guarded by God, this results in Him being blessed/praised. Or we could say, God is to be praised because He has given new birth and is guarding those who believe. Furthermore, the first participle is modified by four prepositions (κατα, εις, δι, εις) while the second participle is modified by three prepositions (εν, δια, εις). These prepositions have specific syntactical functions. So let’s see how the exegesis and the semantic structure impacts the sermonic outline.

Of course in exposition, these ideas should be fleshed out more. You’ll need to identify the focus and function of the sermon, refining it with your language for your own context. However, the structure of the text provides a clear outline for text-driven preaching. Before we are preachers, we must become trained exegetes who take the Word seriously enough to allow the full impact of the text to inform everything we say in the pulpit. Dissecting the structure informs what we say and why we say it.

Michael Cooper is the Pastor of Grace Community Church in Mabank, Texas, and a Preaching PhD student at Southwestern Baptist Theological Seminary.