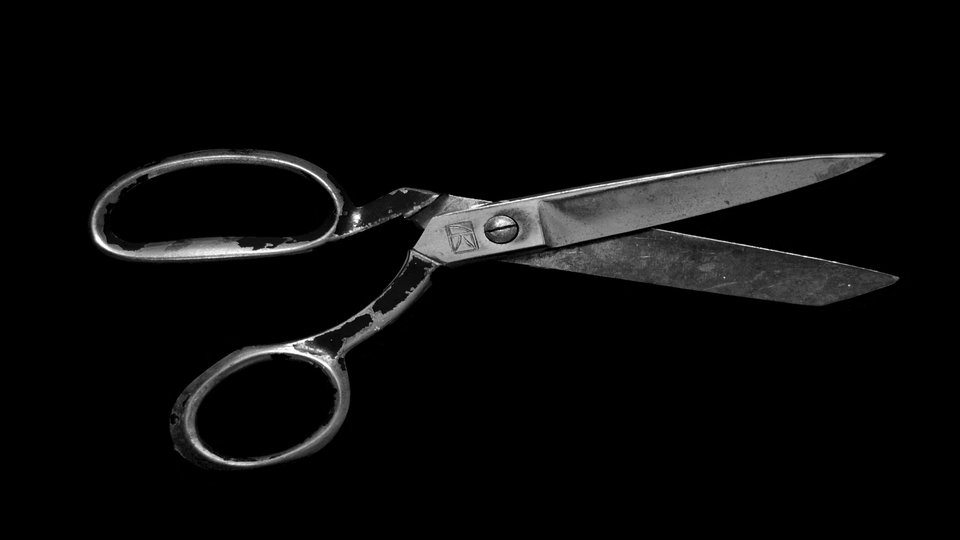 Cutting Unnecessary Details from Your Study

One of my favorite television shows from my childhood was Full House, which chronicled the life of a widower Danny Tanner, his three daughters (D.J., Stephanie, and Michelle), brother-in-law Jesse Katsopolis, and his childhood best friend Joey Gladstone as they all lived in the same house. More cast members would be added to the show throughout the series, and there’s even a spin-off produced by Netflix today—although, it just doesn’t have quite the same vibe as the original in my opinion.

In case you have never seen the original show or the spin-off, Joey Gladstone is a retired hockey player turned comedian. Throughout the series, his goofy antics and voice imitations of many cartoon characters allows the show to keep part of its childhood sincerity and humor. Perhaps my favorite catch-phrase Joey was known for was “cut-it-out.” He would often say this phrase in parts of a comedy routine, when people were acting too funny, or if he felt like providing some comedic relief at any possible moment.

As pastors, we have all had that “cut-it-out” moment in our sermon preparation. We all have had to cut out some unnecessary details from our study for various reasons. Commentaries, journal articles, books, and older sermons are all necessary tools for us to use in our preparation time, but we simply cannot provide all of the details that we may like.

How do we know what to cut and leave out of our sermon? Here are some of my practices that I hope you might find helpful.

Not all historical background information is unnecessary, as Matthew 2:1–12 shows. I think it is helpful for a congregation to understand that Herod was an absolute madman who was convinced that someone at all times was attempting to murder him. Thus, when Matthew writes that Herod was troubled at the news the wise men brought in Matthew 2:3 and includes “all of Jerusalem with him,” the point appears to emphasize the fact that all of Jerusalem knew of Herod’s ways and they people expected him to react no differently than in Matthew 2:16.

In the same vein, though, not all historical background information should be included for fear of detracting from the biblical text itself. What is more important: identifying the star from the east in Matthew 2:1–2 as the star Sirius or focusing on the more probable intertextual connection to Numbers 24:17, “A star shall come out of Jacob”? If the historical background information focuses more on a probable rather than a definite, or you find yourself spending 10 minutes explaining some piece of historical information, cut-it-out.

I learned this mistake the hard way preaching through 1 John where the notorious Johannine Comma makes its appearance in 5:7–8. Erasmus, the prominent New Testament scholar of the fifteenth century, excluded the clause in the first two editions of his Greek New Testament due primarily to a lack of supporting evidence. After he was criticized for omitting the phrase, he declared that if a single manuscript was discovered he would include the clause in the next edition. As you can guess, a Greek manuscript was found that included the phrase, but later it was determined that a friar back-translated the clause from the Vulgate into the Greek. Erasmus, staying true to his word, included it but provided a lengthy footnote expressing the fact that the manuscript had been prepared to prove him wrong.[1]See Bruce M. Metzger and Bart D. Ehrman, The Text of the New Testament: Its Transmission, Corruption, and Restoration, Fourth Edition (New York: Oxford University Press, 2005) 145–47.

When I had to preach that text, I included that story because several in my congregation read from the KJV, which includes the Johannine Comma in the text. I am afraid, however, that my details of the story did more to confuse the congregation than to explain why my Bible had something different than theirs. A simple passing comment about the story would have likely served my congregation better. Anything longer than 3–5 minutes should be omitted.

What About the Leftovers?

One of the frustrating things about sermon preparation is that the pastor can spend hours in the study praying, reading, analyzing, thinking, and writing. However, when the time comes to gather the information he has compiled and winnow it down to a thirty to a forty-minute sermon, there are leftovers scattered all over the table. What should one do with them?

A good friend of mine who serves as a pastor in East Texas told me that on the Sunday evening service, he revisits the sermon text again, but includes things that he did not have a chance to cover. In other words, he includes what he had to cut out of his sermon that morning. It affords him the opportunity to field questions about the sermon, correct any points that may have been unclear to his people, and provide more application that he simply did not have time to cover.

I believe this model is a good model that provides the congregation a chance to dig deeper into the Scriptures, and I have begun to do this in my congregation as well. If you do not have a Sunday evening service, I would encourage you then to perhaps have a Wednesday night session devoted to reanalyzing the sermon text. Even better may be a small group setting. By doing this method you allow your congregation to see what you, the pastor, wrestled with in the text and what had to be excluded. More importantly, it is likely that your congregation would begin to see even more “the depth of the riches and wisdom and knowledge of God” (Rom 11:33a).

Jason Kees is the Pastor at Pleasant Hill Baptist Church in Florien, Louisiana, and Adjunct Professor at California Baptist University.