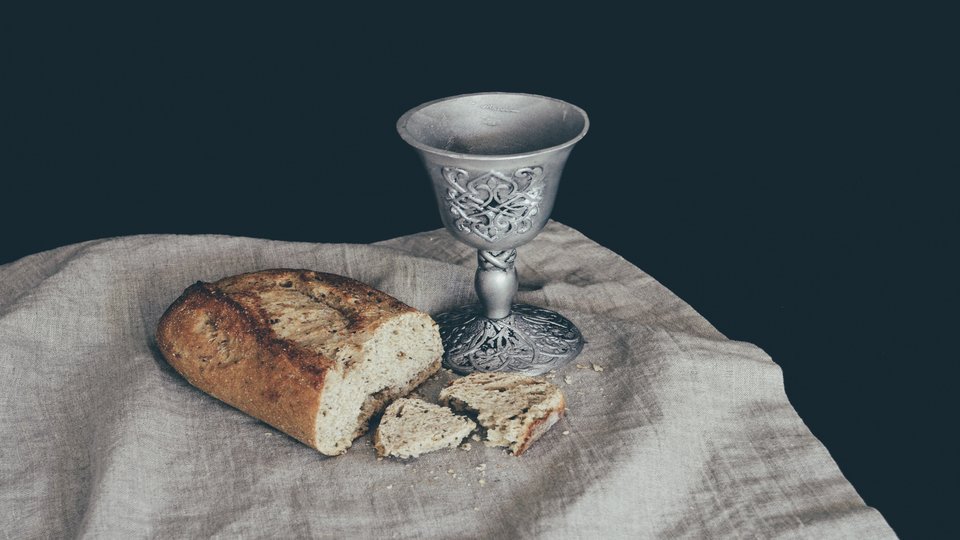 Communing with the Church

As the American Revolution began to draw to its close in the early 1780s, a young veteran began his ministry. Lemuel Haynes, an American patriot and preacher, was the first African American ordained in the United States. Haynes’s years of ministry as a pastor spanned from 1785–1833. For 30 of those years, Haynes was the pastor of the West Parish Church in Rutland, Vermont. Haynes’s life was marked by piety and faithfulness to the work of the Lord. Biographer Timothy Mather Cooley remarked of Haynes,

“His piety was uniform, deep, and consistent, and always active. He was much in his closet;—watched, and prayed, and fasted much; and, as one of God’s ministering angels in flesh and blood, he seemed to maintain habitual communion with the Father of spirits. He forgot himself while the glory of the Lord and the interest of Zion lay near his heart. He was like one standing on the verge of two worlds, viewing alternately the one and the other, and taking his measures in due regard to both.”[1]Timothy Mather Cooley in Anyabwile, Thabiti M. May We Meet in the Heavenly World: The Piety of Lemuel Haynes. Reformation Heritage Books. Kindle Edition.

As a pastor, Haynes taught that man needed to experience communion with God in order to enjoy communion with the church. Yet it was man’s relationship to the Lord—and that alone—that brought them together. No matter of natural birth should separate man from communion with God or with one another. Haynes wrote,

“But now our glorious high priest has visibly appeared in the flesh and has established a more glorious economy. He not only visibly broke down that wall of partition that interposed between the offended majesty of heaven and rebellious sinners and removed those tedious forms under the law, which savored so much of servitude, and which could never make the comers thereunto perfect, by rendering them obsolete; but he has removed those many embarrassments and distinctions that they were incident to, under so contracted a dispensation. So that whatever bodily imperfections or whatever birth we sustain, it does not in the least debar us from gospel privileges. Or whatever heinous practice any may be guilty of, yet if they manifest a gospel repentance, we have no right to debar them from our communion. And it is plain beyond all doubt that at the coming of Christ, this curse that was upon Canaan was taken off; and I think there is not the least force in this argument than there would be to argue that an imperfect contexture of parts, or base birth, should deprive any from gospel privileges.”[2]Lemeuel Haynes, “The Gospel and Slave Keeping”, in Anyabwile, Thabiti M. May We Meet in the Heavenly World: The Piety of Lemuel Haynes. Reformation Heritage Books. Kindle Edition.

For Haynes, repentance and belief in the gospel granted man communion with God and because of this communion man could have true communion with one another. Preaching that brings the church together always focuses on the necessity of the Gospel to restore man to God and to one another.

Haynes’s believed that those who repent would find a new life in God marked by love for God and his children. Haynes wrote,

“what lies before us is to show what those fruits and effects are, and what are those inward feelings that come in consequence of the new birth. And, He loves God supremely. He loves holiness for what it is in itself, because it agrees with his new temper. He chooses and prefers that to anything else. He loves the law of God. He loves the gospel, and everything that is Godlike. He loves the holy angels and the spirits of just men made perfect. His affections are set on things that are above. His treasure is there, and his heart will be there also. He loves the people of God in this world; nay, wherever moral rectitude is to be seen, he falls in love with it. He loves all mankind with a holy and virtuous love.”[3]Lemuel Haynes, “The Nature of Regeneration” in Anyabwile, Thabiti M. May We Meet in the Heavenly World: The Piety of Lemuel Haynes. Reformation Heritage Books. Kindle Edition.

In teaching in this manner at this time, Haynes was speaking out against both the societal and religious milieu. The society, plagued by slavery and lack of equality and the church, plagued by the halfway covenant and acceptance of the unregenerate into the ordinances of the church, would have opposed the teaching of Haynes.

Haynes echoes what Paul taught Ephesians 2:11–22. Jesus’ sacrifice and atonement for sinners, his torn flesh, has broken down every barrier, not only between God and man, but between man and man. Jew and Gentile now both have access to the same God via the same Savior by the power of the same gospel. The theological foundation for this reality is not the brotherhood of man but the saving power of God through Christ. It is only through communion with the Lord that sinners can have communion with one another.

It is an unfortunate reality that today’s preacher may face similar derision for taking the same position. Ours is a culture, both in society and in the church, which has devalued repentance as necessary for a relationship with God and one another. Preaching the importance of repentance and new birth as prerequisites to communion with God and the church may be unpopular, but it is no less important today than it was in the days of Haynes and the Puritans.

Haynes epitaph serves as a reminder of the message he preached and as a reminder to the modern preacher of the importance of preaching about repentance and need for the savior. It reads,

“Here lies the dust of a poor hell-deserving sinner, who ventured into eternity trusting wholly on the merits of Christ for salvation. In full belief of the great doctrines he preached while on earth, he invites his children and all who read this, to trust their eternal interest on the same foundation.”[4]Taken from: https://www.thegospelcoalition.org/blogs/trevin-wax/a-preachers-epitaph/

Garrison Griffith is the Director of Student Life and a Ph.D. student in Pastoral Ministry at Southwestern Baptist Theological Seminary in Fort Worth, Texas.