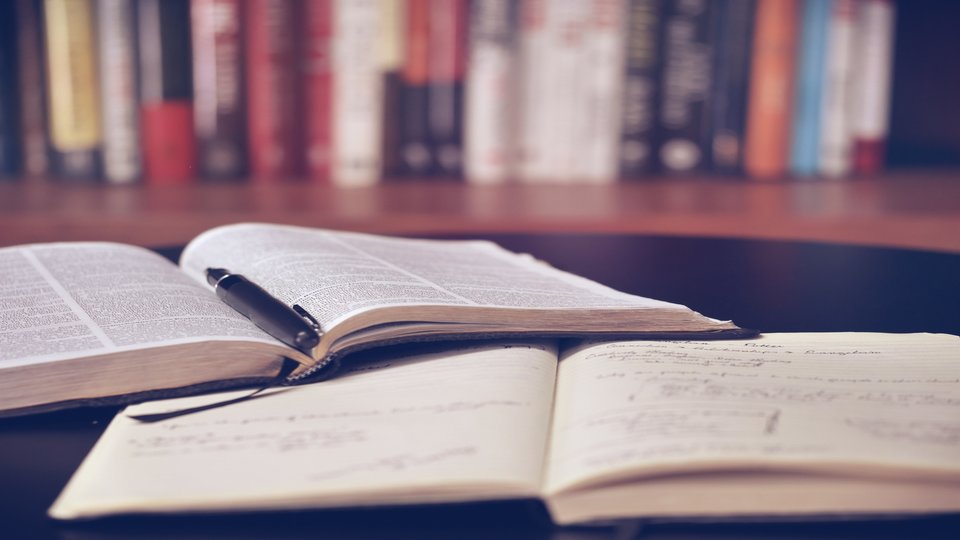 Committing the Sermon to Memory

A little over 40 years ago, when I was a student at Dallas Theological Seminary, Dr. Haddon Robinson encouraged us to think of the sermons “symphonically” rather than as an outline. One effect of symphonic thinking encourages is the development of seamless transitions between points. Ideas flow naturally around themes that are punctuated by repeated and restated words and phrases.

Dr. Robinson modeled his method in our daily chapel. He would settle on a dominant metaphor that fit his message, then explore words within the same semantic field as the metaphor in order to enhance our understanding of the truth expressed in the metaphor. “Repetition,” he said, “aids memory. Restatement, which is saying the same thing in a different way, aids understanding. Both are necessary.”

Choosing the right word has a profound effect on your ability to remember that word as you are mastering your sermon. The more coherent the thoughts, the more those points depend on one another thematically, the stickier the sermon will be for you and for your audience.

On the other hand, we’ve all experienced the disjointed effect of a sermon with no cohesion, no unifying metaphor, no concrete images: “Teflon” sermons, which slide around, abstract, and frictionless on the surface of our brains. They slip away as quickly as the cacophonous sounds of an orchestra tuning up before a concert. That isn’t music. It’s just noise.

The more seamless our transitions, the more vivid our metaphors, the easier it will be to master our sermons. I encourage my students to think in terms of mastery, rather than memory. Most of us don’t have time, given the time constraints of ministry, to memorize even one sermon a week.

The difference between mastery and memory is one of technique. Memory implies a rhetorical allegiance to word-for-word replication of your manuscript, every dot and tittle duly rendered. Mastery suggests a more organic approach. With mastery, comes the freedom to deliver our sermons according to the shifting circumstances of our congregations in the moment.

Mastery of the sermon allows the preacher to read his audience and tune his delivery accordingly. Our congregations are different on the day of delivery than they were on the day of composition, even though the same people are sitting in the same pews. Situations change. Moods alter. Emotions swell and contract like a pond full of bloated bullfrogs.

A memorized sermon tends to ignore the ebb and flow of the congregation’s response. The preacher who attempts to memorize his sermon must concentrate on getting all the words right, rather than on how those words are impacting his hearers. On the other hand, the preacher who masters his sermon has been freed from the shackles of word-perfect delivery. So, how do you master a sermon?

Mastering your sermon really means you’ve mastered your subject, which allows you to enter into conversation with your congregation. All good communication is dyadic. It goes two ways. You deliver and you receive as a preacher. The best sermons communicate effectively because the preacher spends part of the sermon listening and watching his audience for cues as to how to proceed more effectively.

Here’s another suggestion: gesture will enhance memory. If you come to an important word or phrase — one that you want to stick — try gesturing to emphasize the word. As you repeat the word at key places in the sermon (usually, not more than three), repeat the gesture, precisely as you did before. By the third time, if you have made the same gesture, you won’t even need to say the word. The congregation will anticipate it. The shorter, the more graphic the word or phrase, and the more concise the gesture, the better.

Studies in rhetoric have underscored for years the influence of motion with regard to memory. Associating a naturally-motivated gesture with a word or phrase will enhance memory for the preacher as well as for his congregation. The reason is that we will recall far more of what we see than of what we hear (the nerves leading from the eye to the brain are 20 times larger than those leading from the ear to the brain).

Now, let’s combine motion with rhyming. We remember singsong rhymes much more easily than we do straight prose. So, imagine your three or four point sermon as four movements, numbered one through four. For your first movement, imagine something that rhymes with “one,” and set it in motion. “One” rhymes with “run,” for example. So, I see a horse running, and on it’s back is something (doesn’t have to rhyme with “one”) I can see, hear, taste, touch, and/or smell. Ideally, this image will be tied to the dominant metaphor you have chosen for your message. This exercise will also encourage you to incorporate visceral images in the movements of your sermon.

So, let’s say you have a sermon for Christmas, and the major metaphor is a brightly shining star. I. A Star leads the way! (Image of a brilliant star leading the galloping horse by the reins); II. A Star comes to rest! (Image of the same star shining above a Zoo, which rhymes with “two;” III. A Star is born! (Image of a brilliant star in a cradle in a TREEtop, rocking — “three” rhymes with “tree”). Usually, these simple rhymes are all you will need to jumpstart the development of the next movement. The more unconventional the image in movement, the more likely it is to stick with you.

Reading through the manuscript aloud is a helpful memory aid as well. It’s amazing to me how many of the words I’ve worked on so hard come to mind as I’m preaching, and particularly if I have attended to the cadence, the rhythm of the line. The more “musical” the word/line, the more likely my congregation will recall it later.

The more you preach in this way, the easier it gets. And the more delightful, for you and for your congregation.