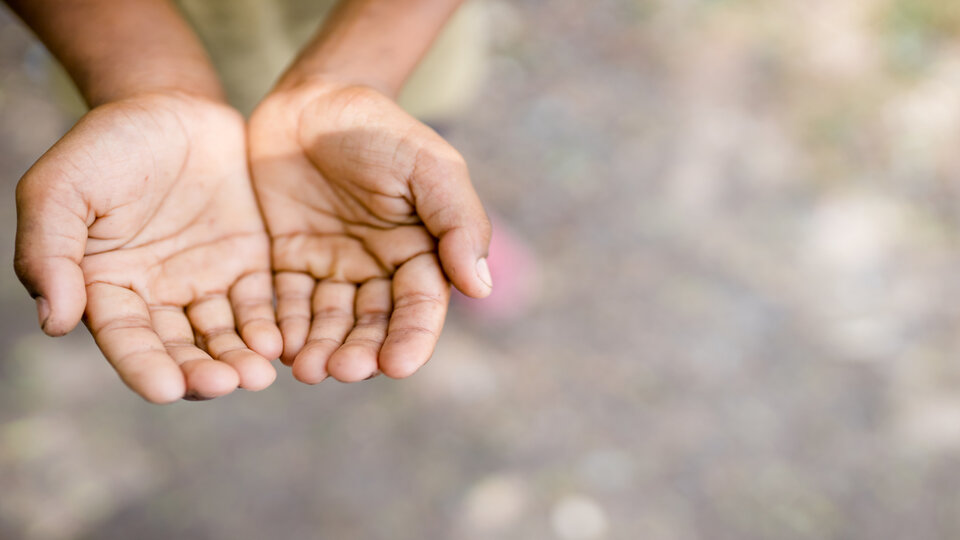 The day before I was ordained to the gospel ministry, I visited my grandfather. Everyone knew that my grandfather was a Christian because he lived his faith. As we visited, he told me something I did not know: he was called to preach when he was seventeen years old. Our family knew granddaddy could preach because he preached to us, it seemed, every chance he could. But I never knew he was called to be a preacher until that day. So, I asked him why he never surrendered to the call. He said, with tears in his eyes, “I did not know if God would take care of me.”

See, granddad was born in 1910. His teens and early twenties were spent on the family farm trying to make a living during the Great Depression. I remember him telling me he would work for twenty-five cents a day when he could find work. Times were hard, and, at seventeen living from day to day, he just didn’t know if God would take care of him.

As we continued our conversation, with tears streaming down his cheeks, he said, “I often think of the souls that might have been saved in my ministry.” After he said that, there was a long pause before either of us could say a word because by now both of us were heartbroken—him, more than me. Except for a funeral, I never saw my grandfather cry—tough as nails he was in my eyes. So, to have this kind of conversation with him was very awkward, especially on the eve of my ordination. Then he looked at me, controlling his emotions the best he could, and said, “Son, I have learned that God will take care of you.” After our visit, we hugged one another and said we loved each other. I left and went the long way home, trying to process what I had just heard.

Philippians is known as one of the prison epistles (1:7, 13). The context of Paul’s imprisonment seems to correspond to Acts 28. While in prison, Paul wrote to the church at Philippi encouraging them in the faith and rejoicing in the Lord for their support in the gospel ministry. In Philippians 4:10–20, Paul is responding to their generous support in his affliction (v14). This is not the first time they have supported Paul in the ministry (vv15–16). Not only has this church supported Paul in the ministry, but they are partakers of this grace as well (Phil 1:7, 27–28). In the context of Philippians 4:10–20, Paul reveals the secret of contentment.

As Paul rejoices in the Lord over the church’s support for him, he says, “Not that I speak from want; for I have learned to be content in whatever circumstances I am” (v11), then he reveals the secret of contentment. He says, “I know how to get along with humble means, and I also know how to live in prosperity; in any and every circumstance I have learned the secret of being filled and going hungry, both of having abundance and suffering need. I can do all things through Him who strengthens me” (vv12–13). The word know, which is used two times, is from the Greek word οἶδα and both are perfect active indicative 1st singular verbs. The perfect tense in Greek speaks of completed action with existing results.[2]Daniel B. Wallace, Greek Grammar Beyond the Basics: An Exegetical Syntax of the New Testament, (Grand Rapids: Zondervan, 1996), 574. Paul’s meaning seems to be “I have come to know and still know how to live in poverty and prosperity.” Also, the phrase I have learned the secret is translated from the Greek word μεμύημαι, which is a perfect passive indicative 1st singular—the passive means, he has learned the secret from some other source than himself. The root of μεμύημαι is μυέω meaning, “A t.t. [technical term] in the mystery religions, used by extension in Phil 4:12 to describe the power of Christ operative in the apostle…Precisely for this reason, the apostle is ‘content’” (v. 11).”[3]Horst Robert Balz and Gerhard Schneider, Exegetical Dictionary of the New Testament, (Grand Rapids: Eerdmans, 1990), 444–45. Paul could say, with all confidence, “I can do all things through Him who strengthens me” (Phil 4:13). Paul knew how to live contented because of the power of Christ in him. Therefore, there is no reason to be anxious.

Many Christians believe that Jesus can do all things, but some may not know if He will take care of them—like my grandfather. There is another thing I realized in my conversation with my grandfather: circumstance can seem so insurmountable when our focus is not on Jesus. There always seems to be something that distracts us from following the Lord, whether it is a Great Depression or COVID-19. Hebrews says, “Let us run with endurance the race that is set before us, fixing our eyes on Jesus, the author and perfecter of faith ” (Heb 12:1–2). Our faith needs to be perfected. That is done by keeping our eyes on Jesus as we run the race of faith.

As I recall the conversation with my grandfather, the point he was making is this; walk with the Lord and you will see that He will take care of you too! I am convinced that without putting our faith in the Lord and following Him, we will never know the power of God in our lives. Paul knew the power of Christ in his life because he lived by faith in the Son of God (Gal 2:20). That is how he could be content in all situations.

I am still learning to be content because I am still learning how powerful and faithful God is to those whom He has called. There is always more to learn about God. The key is to keep on learning as we walk by faith in Him. My wife has put on our refrigerator a note which reads, “The will of God will never take you where the grace of God cannot keep you!” I am not sure where she found the quote—I am sure it is not original with us—but I am sure glad it is there because I need to be reminded of it constantly. Contentment is learned by being totally dependent on Christ! My prayer is that you remember this—He who has called you is faithful. Whatever situation you find yourself in as you follow Christ, put your faith in Him and look at it as an opportunity for Him to work in your life, so, we might be able to say, as Paul did, “I have learned to be content in whatever circumstances I am” (Phil 4:11).