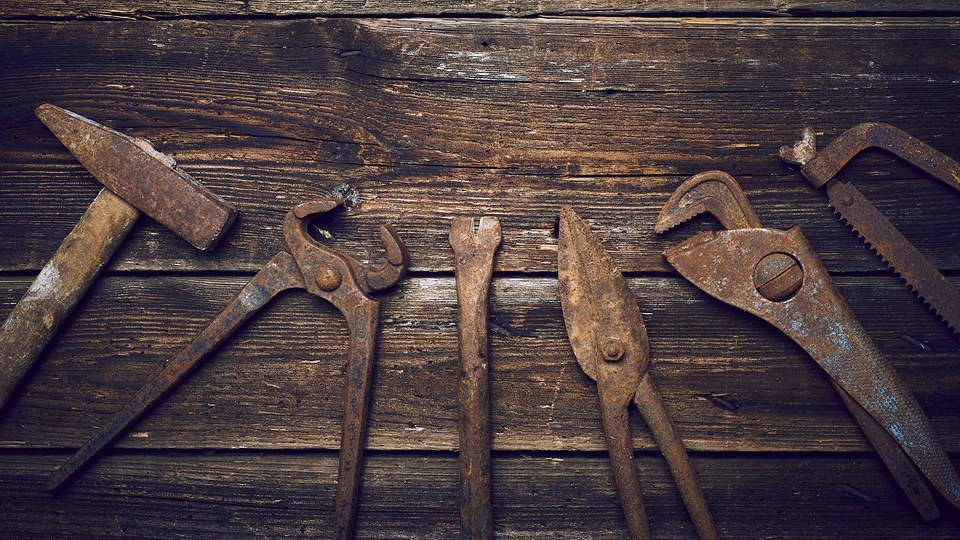 Solid sermons have a biblical foundation. Too many sermons are based on one preacher’s opinion about what the text says. The key for every preacher is to stick to the text, to discover what the biblical author is saying so that the preacher can communicate that truth to 21st century listeners.

The Building Blocks of a Biblical Sermon

The building blocks to a sermon begin with a biblical foundation. But how does the preacher discover what the biblical author is communicating? Haddon Robinson’s approach to homiletics as mapped out in his classic text, Biblical Preaching, gives direction. Robinson states that there are two questions the preacher can ask in order to determine the idea of the biblical author:

What is the author talking about?

For example, when trying to discover the idea of Psalm 32:1-2, the subject question is: “Who does the psalmist say is a blessed person?”

This is what the biblical author is talking about: “Who does the psalmist say is a blessed person?”

What is the author saying about what he’s talking about?

Once again, the statement of the complement answer is based on the biblical text in its context.

These two building blocks help to determine the idea of the passage: the subject question and the complement answer.

The exegetical idea of the passage is determined by combining the subject question and the complement answer. Much like homiletical math, the two are combined into an indicative full, complete sentence.

The idea for Psalm 32:1-2 is: “The psalmist says a blessed person is one whose sins are forgiven and in whose spirit there is no deceit.”

From this foundation the preacher can move to homiletics—the communication of this idea but the preacher first has the responsibility to determine what the text says. The preacher now has something to say!

Solid sermons have a biblical foundation constructed with the building blocks of the subject question and complement answer which, when combined together form the exegetical idea of the sermon.

Preachers, build sermons based on the biblical text and you’ll build the Bible into your listeners’ lives.

Dr. Scott M. Gibson is the Director of the Center for Preaching at Gordon Conwell Theological Seminary and the Haddon W. Robinson Professor of Preaching and Ministry.