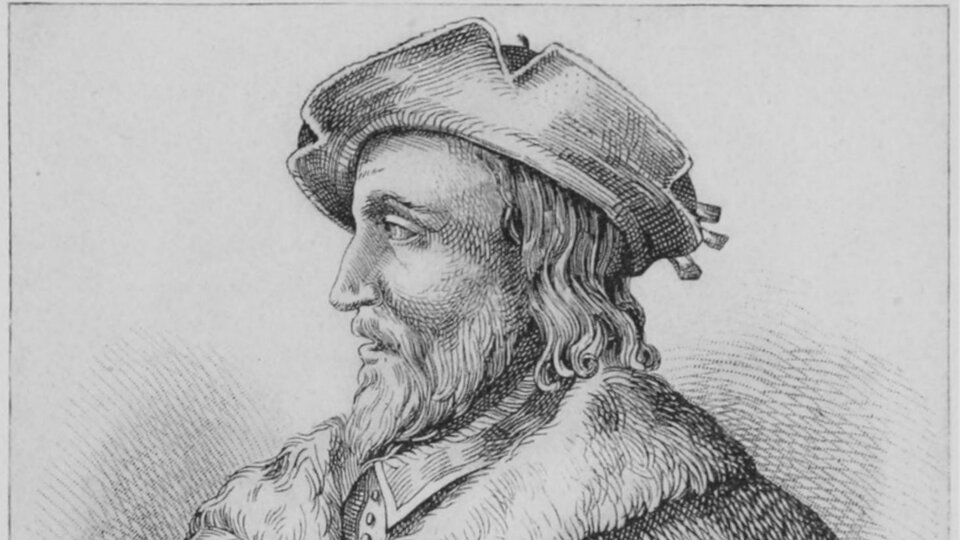 One of the most overlooked, understudied, and consistently ignored aspects of the Protestant Reformation can be found in the tortured history of the Radical Reformers. On this anniversary of the Reformation, a serious look at the impact of the Anabaptists and their contribution, specifically to preaching, seems reasonable by those who love the history of the pulpit. Nowhere do we see a more fearsome Reformer in the pulpit than the only theologian Anabaptists can claim, Balthasar Hubmaier.

Hubmaier’s hermeneutical journey proved to be a fascinating passage from Roman Catholicism, to Reformer, to Anabaptist. As soon as he graduated with his Doctor in Theology, he was installed as preacher at the University of Ingolstadt’s Chapel, Church of the Virgin. The emerging reputation of Hubmaier as a “pulpit orator” secured for him a call to Regensburg’s Catholic Cathedral in 1516.[1]Henry Clay Vedder, Balthasar Hubmaier (The Perfect Library, 1905), 22.

From there Hubmaier moved to a smaller pulpit in Waldshut where he began the shift from Catholicism to “Evangelicalism.”[2]Corneliu C. Simut, “Balthasar Hubmaier: Catholic, Evangelical, and Anabaptist Preacher,” A Legacy of Preaching: Apostles to the Revivalists, Vol., Benjamin K. Forrest, Kevin L. King, Bill Curtis, Dwayne Milioni, eds. (Grand Rapids: Zondervan, 2018), 314. While at Waldshut, he emerged into Anabaptism and was baptized before Easter of 1525. On Easter Sunday of that same year, he baptized 300 people, revealing the strength of his pulpit ministry. Because of the dangers facing him in Austria, he made a final move to Nikolsburg in Moravia later in 1525.

His preaching transformed over those years. William R. Estep said this about Hubmair’s preaching prowess:

It became evident rather swiftly that Hubmaier had a passion for preaching, not only because he spoke fervently from the pulpit, but also because his ministry became extremely successful in a very short period of time.[3]William R. Estep, Renaissance and Reformation (Grand Rapids: Eerdmans, 1995), 206.

What was it about Hubmaier and his preaching that contributed to preaching in the first part of the twenty-first century and deems it worthy to study? The answer covers three hermeneutical principles that are critical to a strong pulpit.

First, Hubmaier was strongly scriptural. Like all the Reformers who contended for the principle of sola scriptura, Hubmaier “adhered to the conviction that only the Bible should be regarded as the authority in matters of faith.”[4]Changkyu Kim, Balthasar Hubmaier’s Salvation in Dynamic and Relational Perspective (Eugene, OR.: Pickwick Publications, 2013), 80. In fact, Hubmaier, like the Zurich Anabaptists, held to a literal interpretation of the text.[5]Graeme R. Chatfield, Balthasar Hubmaier and the Clarity of Scripture (Eugene, OR.: Pickwick Publications, 2013), 132. He, as well as the Anabaptists in general, held to an extremely high view of scripture which was the foundation of the Radical Reformation.

Secondly, Hubmaier was eminently evangelical. He arrived in July 1526 in the city of Nikolsburg and there met Hans Denck who was a leader among the Radical reformers, mainly those living in southern Germany. Hubmaier baptized him. This marked the beginning of thousands of baptisms for Hubmaier in the last two years of his ministry. He influenced the leading preacher in the city, Martin Goschl, and then the leading nobleman, Leonhard von Liechtenstein.

Nikolsburg soon became a center for the Anabaptist movement.  Somewhere between two thousand and ten thousand people were said to have been converted and baptized in the year Hubmaier ministered in this city…[6]Brian C. Brewer, A Pledge of Love: The Anabaptist Sacramental Theology of Balthasar Hubmaier (Great Britain: Paternoster, 2012), 46.

It has been stated that Hubmaier was able to baptize so many new converts because of his “powerful preaching.”[7]Paige Patterson, “The Reformation’s Legacy of Personal Evangelism,” 9Marks Journal (Fall 2017): 79.

Thirdly, Hubmaier was thoroughly textual. His commitment to the text went far beyond a high view of scripture and strong evangelistic appeal. He insisted that the “actual order of the words in Scripture is significant and dictates the literal understanding of the text.”[8]Graeme R. Chatfield, Balthasar Hubmaier and the Clarity of Scripture (Eugene, OR.: Pickwick Publications, 2013), 131. From this one could say that Hubmaier was Text-Driven. Whether recognized or not today Hubmaier leaves a legacy to be remembered and a model to be emulated.

Mac Brunson is the Senior Pastor of Valleydale Church in Birmingham, Alabama, and a Preaching Ph.D. student at Southwestern Baptist Theological Seminary.