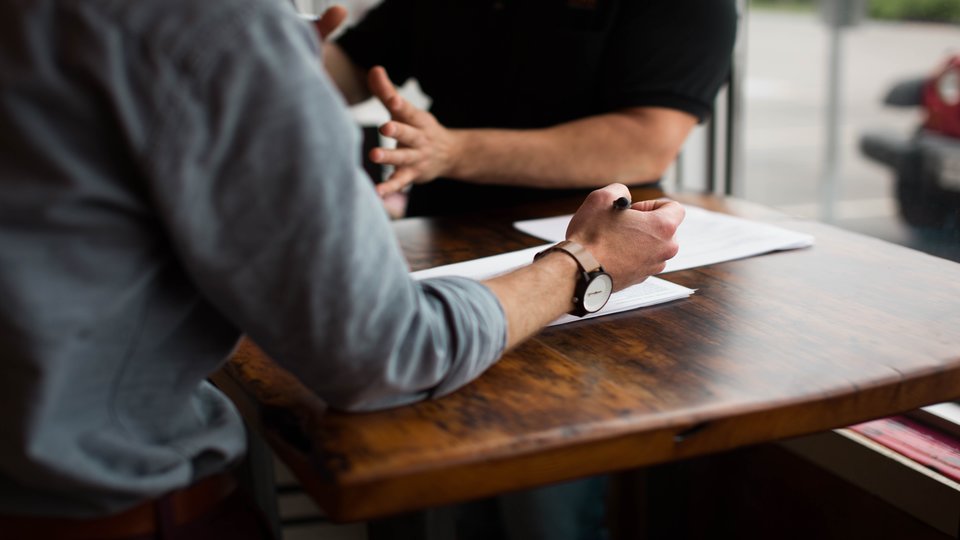 Arguing for Clarity in Preaching

Twitter and Facebook arguments spew vitriol all over the front of our phone screens and into our psyches. So, the idea of arguing in a worship service sounds about as appetizing as eating rocks. In fact, rocks are easier to swallow than some of the constant jargon we are exposed to through the various forms of twenty-first century communication. Why would a preacher ever want to make an argument for his congregation?

In the famous last words of Jesus before his ascension, Jesus instructed his followers to make disciples (Matt 28:19). This discipleship includes teaching followers of Jesus to obey his every command (Matt 28:20). Teaching often precedes obedience, and argumentation is part of that teaching. Though the argument of a sermon may provide pinpoint clarity for the congregation, the argument can never bring about genuine heart change. However, as Jen Wilkin has noted, “The heart cannot love what the mind does not know.”[1]Jen Wilkin, Women of the Word: How to Study the Bible with Both Our Hearts and Our Minds (Wheaton, IL: Crossway, 2014), 31. Faithful biblical preaching seeks to bring about genuine heart transformation, but since the preacher cannot force heart change, he must offer a clear argument to inform the mind. In doing so he provides an opportunity for persuasion, and he tills fertile soil to make way for the Spirit’s work in transforming the heart’s affections.

The way that a preacher forms his argument will depend on many factors like biblical genre and cultural context, so what follows are five general tools that will aid any Bible teacher attempting to form solid argumentation:

Until a preacher can put his text into an easily understood and articulated statement of purpose, theme, or big idea, he is not ready to deliver his sermon. In fact, there is no sermon without a clear point. A preacher’s argument begins with his stated thesis (deductive) or maybe ends with it (inductive). Without a clear point, the sermon becomes a running commentary with potentially helpful facts about the text but no clear point.

Every Bible teacher feels the pressure of offering relevant illustrations and practical applications, but often the obsession with “freshness” leads preachers away from the text. For a sermon to give a clear argument for both believers and unbelievers to follow, the preacher must decide to stay in the text to make his point and to form his sermon structure. Living in the text forces hearers to agree or disagree with what God says in his word rather than with the communicator’s own fallible ideas or thoughts about a given topic. Though cross-references can be helpful, most audiences will appreciate more concentrated time in the text in front of them and less frolicking road trips from passage to passage and book to book.

3. Preach to believers and unbelievers.

Assuming that every audience includes a mixture of both Christians and non-Christians, the preacher cannot simply preach to the choir as if everyone in the room understands, agrees, and will follow his exhortations. Instead, preachers must recognize the various soils within his congregation, and he must argue his point by occasionally employing doctrinal asides and apologetics. At times, in order to make his point clear, the preacher will need to zoom out of his text to make a doctrine clearer or to answer questions that many unbelievers in their audience are probably asking. Depending on the book of the Bible or passage, these doctrinal and apologetic asides may or may not happen frequently, but to make a clear argument the teacher will occasionally need to show an awareness of his audience.

4. Use illustrations as a window into the text.

Illustrations are often seen as funny stories that liven up the sermon to give the congregation a break, but viewing them in this way actually weakens the argument of the message. These types of illustrations, funny or not, take the congregation’s eyes away from the text and place them on the wit or intellect of the communicator. A better approach provides room for humor and other communication techniques without moving the audience away from the passage. Thinking about illustrations as windows into the text allows the preacher to use stories and other material as tools to better to “see” the text. Jonathan Edwards famously likened a person’s efforts to save herself by her good deeds to a spiderweb’s attempt to rescue a falling boulder from a cliff. Not only can every hearer cognitively picture this spiderweb’s failed attempt, but every person now has a clearer view of the Bible’s teaching about our inability to save ourselves.

5. Seek to prove Christ from the entire Bible.

During Paul and Silas’s visit to Thessalonica, Paul spent a great deal of time reasoning with the Jews in the synagogue (Acts 17:2). As he made his argument from the Old Testament Scriptures, his main point centered on the death and resurrection of Jesus Christ (Acts 17:3). Sure, Paul was on a missionary journey seeking to proclaim Christ in contexts he had not previously be known, but Paul’s entire ministry seems to indicate an obsession with arguing that Jesus is the Christ (Colossians 1:28). Since preachers cannot change hearts (and since heart change begets behavioral change), perhaps preachers will find it beneficial to work on the only area they can affect. Communicators can proclaim Christ from the Scriptures, evidencing how Christ’s life, death, and resurrection are necessary for justification, sanctification, and glorification. Preachers who seek to prove that Jesus is the Christ must use the other tools for effective argumentation, but then they can rest knowing that their audience will now have power (Romans 1:16) to go along with their clear argument—and that makes for powerful preaching.