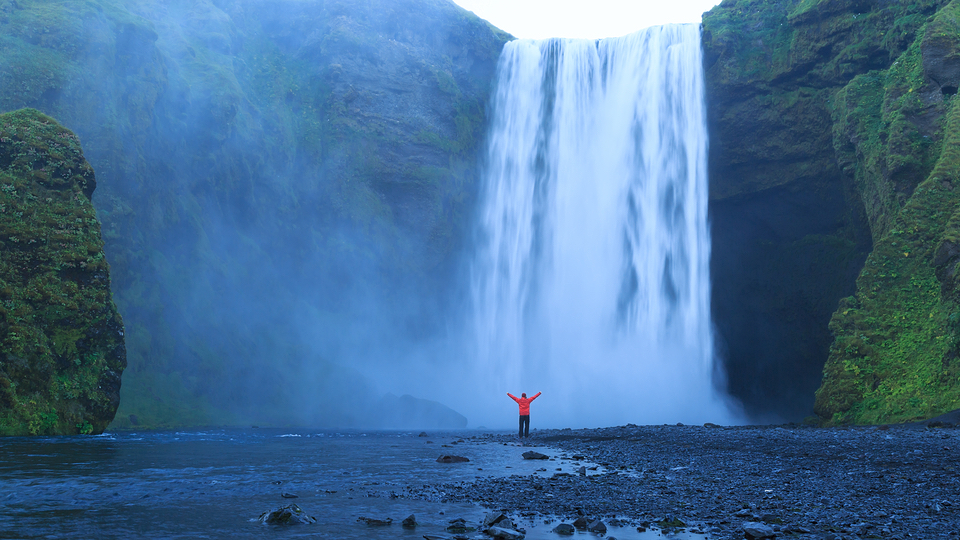 “In the nineteenth century the greatest tightrope walker in the world was a man named Charles Blondin. On June 30, 1859, he became the first man in history to walk on a tightrope across Niagara Falls. Over twenty-five thousand people gathered to watch him walk 1,100 feet suspended on a tiny rope 160 feet above the raging waters. He worked without a net or safety harness of any kind. The slightest slip would prove fatal. When he safely reached the Canadian side, the crowd burst into a mighty roar. In the days that followed, he would walk across the Falls many times. Once he walked across on stilts; another time he took a chair and a stove with him and sat down midway across, cooked an omelet, and ate it. Once he carried his manager across riding piggyback. And once he pushed a wheelbarrow across loaded with 350 pounds of cement. On another occasion he asked the cheering spectators if they thought he could push a man across sitting in a wheelbarrow. A mighty roar of approval rose from the crowd. Spying a man cheering loudly, he asked, “Sir, do you think I could safely carry you across in this wheelbarrow?” “Yes, of course.” “Get in,” the Great Blondin replied with a smile. The man refused. That makes it clear, doesn’t it? It’s one thing to believe a man can walk across by himself. It’s another thing to believe he could safely carry you across. But it’s something else entirely to get into the wheelbarrow yourself. It’s not enough to believe that Christ theoretically could save you. Until you “get in the wheelbarrow” and trust all to him, you are not saved. But I have some good news for you. Jesus has carried many people safely across the great divide, and he has never lost anyone yet. You can trust in him!”[1]