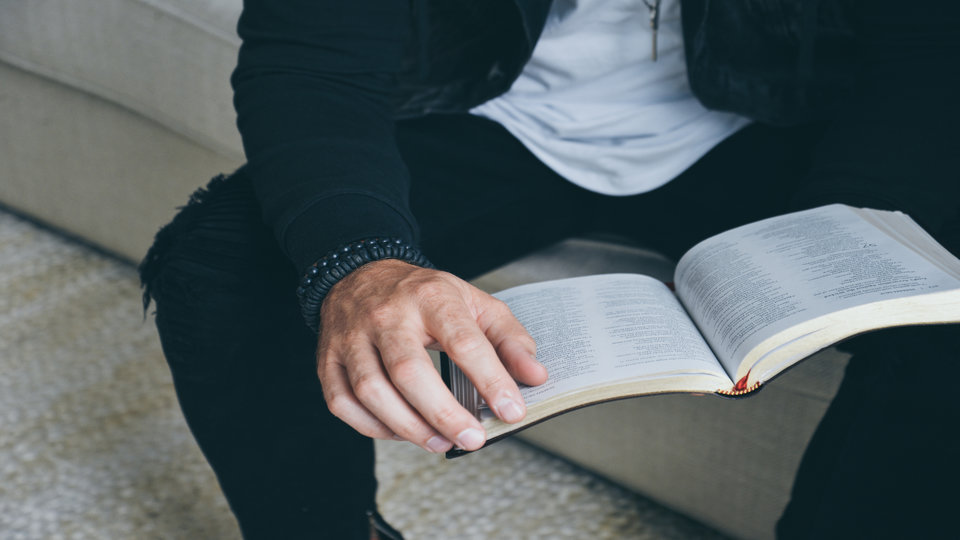 D. Martyn Lloyd-Jones described preaching as “Logic on fire! Eloquent reason!” He continued by basing this reason, not on callous rationalism, but on the truth of Scripture itself when he said, “Reason concerning this Truth ought to be mightily eloquent, as you see it in the case of the Apostle Paul and others. It is theology on fire. And a theology which does not take fire, I maintain, is a defective theology; or at least the man’s understanding of it is defective.”[1]D. Martyn Lloyd-Jones, Preaching and Preachers (Grand Rapids: Zondervan Publishing House, 1971), 97.

In this, Lloyd-Jones was correct on the subject of preaching logos, one of Aristotle’s elements of persuasion. The presentation of the contents of the Bible is not to be a cold discourse that starts at 11 o’clock sharp and ends at 12 o’clock dull as the old saying goes. Preaching is to have content supplied by proper passion and emotions because it is based on the truths of Scripture, namely who God is as revealed in each passage.

In preaching logos, four reminders need to be kept in mind as a preacher prepares his message and preaches it to his people.

The word logos can be defined as “word” or “speech.” For the Christian preacher, the word or speech in his preaching can be taken to mean the message or sermon itself in one sense. Think of it also as the content or the “stuff” being preached.

In another sense, the Christian preacher’s logos is the Bible, the Word of God. It may sound obvious or redundant to say that the content of the sermon should be the text from the Bible, but this is not always the case. Sometimes a text is used for a preacher’s own thoughts for the actual content, or the text might be neglected altogether for an uninspired source. However, the Christian preacher’s sermon should explain, illustrate, and apply a text from the Word of God.

A speaker can invoke great pathos, or emotion, in his audience, but this can be done with wrong and faulty information.

Whether it is cause-and-effect reasoning, a premises-that-leads­-to-a-deductive-conclusion type of reasoning, or simple a data-that-warrants-a-conclusion reasoning, the message should feed the mind based on its inescapable truths.

What is important to remember is that we as preachers are not imposing an argument onto the text. We are finding the reasoning and argument that is already laid out in the text. Lloyd-Jones mentioned this above. For example, in 1 Corinthians 15 Paul uses different types of if-then reasoning and question/answer type of arguments to come to the inescapable conclusions that Jesus did rise from the dead, our faith is not in vain, and God provides the victory through Jesus Christ over death. The commands are given to be steadfast and immovable because of these truths. As this chapter is preached pericope-by-pericope, note Paul’s line of argument, and do it in a way that invokes proper passion. To say, “O death, where is your victory? O death, where is your sting?” can’t be done with little emotion!

Let each sermon be a tour de force of content, with a logical argument as supplied in the text and substantiated by the rest of Scripture, that people leave going there is nothing else to do but believe what was said and apply it.

Preach with Accuracy and Precision

Numerous professions are represented in any preaching setting. A church might have mechanics, school teachers, medical personnel, professors who are claimed authorities in their fields, and others. While a pastor is not called to be an expert in each field, if in his preaching he touches on another field, he should ensure accuracy and precision in what he says.

Couple this with the fact that many in the pew are armed with smartphones where they can quickly look on the Internet to see if a story is true. Snopes.com is just a few taps away. Inaccuracy can damage a preacher’s ethos, but it can impact a preacher’s logos negatively also. Let illustrations and applicable stories add to the content of your sermon, not take away from it.

The written logos truly does reveal the living Logos, Jesus Christ. To keep one’s church from straying into moralism, let each sermon show how the text either points to Christ or shows a redemptive aspect of Christ.

Lloyd-Jones even said, “No one has ever been ‘reasoned’ into the Kingdom of God; it is impossible.”[2]Ibid., 141. Preach the argument and reasoning as shown in the text, but realize reason only goes so far in our own hands. God’s Word is to be preached in God’s power. Let the text drive the sermon, show who God is as revealed in the text, and connect the text to Christ in an appropriate manner.

Christ-centered preaching ought to result in Christ-centered living. This should start with the preacher. As the preacher centers his message upon Christ, he will center his life upon Christ and His gospel. He will see how Christ transforms his daily life as the questions are raised, “Where is Jesus in this situation?” or “How can I exhibit His grace in this matter?” or “How will God’s Spirit enable me through this trial?”

In preaching logos, preach Christ, because the contents of the Bible all point to Jesus Christ.

Rickesh Patel is the Administrative Assistant for Institutional Advancement and a Ph.D. student in the School of Preaching at Southwestern Baptist Theological Seminary in Fort Worth, Texas.