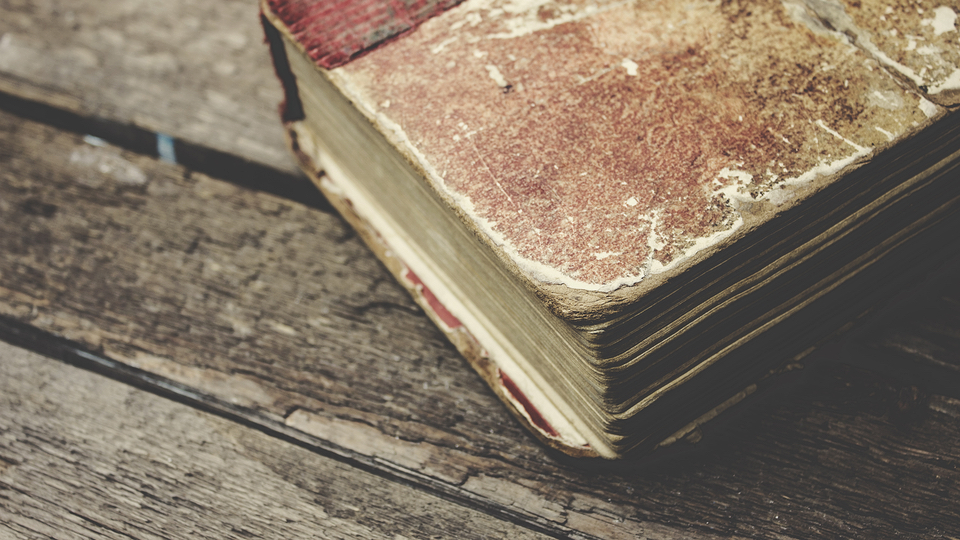 The One Homiletics Book Every Preacher Should Own: Part 5

To answer the query of what was the one book that I would have in my library on homiletics, if I could only keep one book, is virtually impossible. There are so many great books out there on preaching by Greidanus, Chapell, Allen, and Robinson. They are simply too numerous to mention, much less make the choice of one against the other. However, since I’m forced to do this for this blog, I will choose one that many are not familiar with and that is, the book Deep Preaching by J Kent Edwards.

I love this book because I think Edwards understands the distinction between being able to craft a sermon and preaching one within pastoral context. His introduction galvanized me as he described a young man who was flawless in the crafting of the sermon, but there was absolutely no incarnational passion when he delivered that sermon in class. Technically he should have given him an A, but he simply couldn’t do it because of the failed aspect of preaching verses just crafting a sermon. Sometimes we have made this an academic enterprise and forget what the real purpose of preaching is. It’s not so much the perfection of an exegetical standard but rather taking God’s truth into someone’s life in a way that they are altered in their walk with Christ and in their behavior for Him. If we only preach so that people will remember what we say, then we’ve lost the real point of preaching. His methods for achieving that are numerous inside the book.

I love chapter 4 where he says, start with your heart, and discusses the fact that it is out of the heart that a man really brings the sermon into reality. He talked about who God is to me and how that understanding will impact the message that I preach.

He also worked from the premise that you get one idea out of the text, and not several ideas, which I think is absolutely critical to making sure your message is clear and not muddied by so many points that no one has any idea what you’re talking about.

My favorite chapter though was where he discussed preaching through the books of the Bible rather than just being a topical preacher. I think this is absolutely the best chapter that he wrote in the book. He mentions that when he preaches through a book of the Bible he only has to exegete one passage at a time. And it’s much easier to understand that text, in its context, if you preach book by book, verse by verse. In doing that he says you maintain your balance in preaching about God and that is absolutely correct. You’ll deal with God’s sovereignty versus free will, you’ll reflect suffering vs. blessing, difficult versus easy passages and so this is a powerful aspect of balance that unfortunately so many don’t practice.

We tend to preach what we know, which when we preach book by book we are forced to passages we don’t know and would not preach from if we could ignore that. I think one of the classic examples of this is John 6 where Jesus is talking about us eating His flesh and drinking His blood, a passage we are uncomfortable with even today, but if you study it in the context, it becomes clear that Jesus is trying to find and deepen disciples rather than being interested in attracting a crowd. We live in a day where preaching is done to attract a crowd, sometimes far more than making a disciple, and so by studying John 6, we understand the real role of preaching that I think sometimes is lost in this culture of the church. He also addresses the fact that preaching through the books of the Bible you give them what they don’t even realize they need as you walk through truths of the scripture you would not have preached from otherwise.

He also reminds us, that if ideas are what impact the world, then certainly God’s ideas are going to have the deepest impact, and the only way to get the fullness of God’s ideas is to preach the completeness of his word and not just walking through it piece meal but rather verse by verse, book by book.

There is another chapter on grasping the grandeur of the scripture. This is where I understand the genre, and I base my delivery and text on that genre. Revelation 5 is going to be delivered and written differently than Ephesians 1:3-14. He also understands spiritual disciplines and how to employ them in my study of preaching.

One other chapter that impressed me was the fact that I need to get into the closet. He talked about with all of the exegetical tools out there, so many abilities now with the internet and Logos, yet the ultimate understanding from scripture comes from the Holy Spirit, who indwells me, as He is the author of the scripture. It is imperative then, if I am in the closet as much as I am in Logos, my grasp of the truth will be balanced between academia and spiritual reality.

All in all, I thought the book was excellent in so many of the ideas, but one of the key components for me and the beauty of this book is its’ simplicity. Sometimes we get so academically minded that we take young pastors, who are struggling to find time to just breathe, and we say to them here are 30 ways to get to a text driven message. They immediately assume that they simply can’t do that and forego text driven and move to topical which is quicker, easier, and can be found anywhere on the internet. I want young men to know today they don’t have to be a scholar to produce a text driven message, which is the key to really deepening your people into who Christ is. When I deal with my pre-maritals, I have the husband ask his wife on their first anniversary “has my being in your life caused you to love Jesus more and understand him better?” She has to call me with that answer on their first anniversary then we meet and walk through where they are as a couple. This for me is the singular question when I preach. It’s not how many people have come to hear me, but when I finish a sermon, do they love Jesus more and understand him better because the text I have just exegeted, preached, expounded on, has been applied in their life. This book is one of the simpler books on how to do that, and for that reason I highly recommend it. If it were the only book I’d have in my library, it would be the only book that I would need.

About: Chris Osborne is the Senior Pastor of Central Baptist Church in College Station, TX. He has pastored Central Baptist Church since 1986. A gifted and anointed preacher, Pastor Osborne is known for his uncompromising presentation of the Word of God.  In his years of ministry with Central, the church has grown to a membership of over 3,000, reaching out to all areas of the Brazos Valley.  Pastor Osborne and his wife, Peggy have been married since 1974 and are blessed with two children.  Stephen and Courtney with their two children, Charis and Drew, live in Bedford.  Lauren and her son, Wesley live in Hurst.