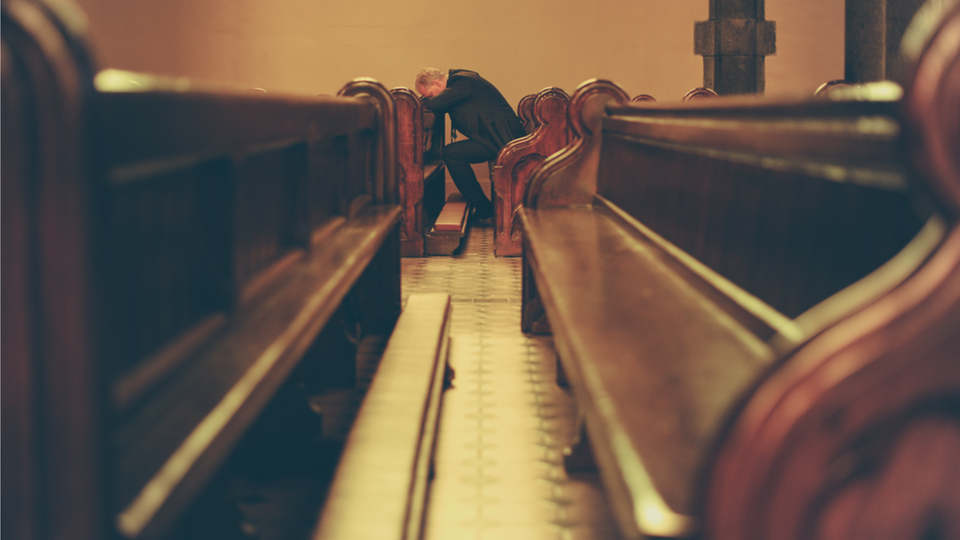 The God Who Still Speaks

Ever notice that God is rarely the hero, but usually the villain? In any national emergency, someone will ask the ridiculous question, “Where was God?”  They asked this after 9/11, and the same tired question is being asked again. God never gets credit for the good times, but always gets blamed for the bad times. Does that mean that the bad times come because God goes silent? Hardly! History is typically understood backward; we look backward to understand what happened. God will use that pattern with us; we don’t “get it” until the time comes that we can look backward.

Our great heritage is ripe with the voice of God. Moses let us know in the very first verse of the Bible that we serve a talking God. The mystery is God speaks in a variety of ways. We always have His Word: we know who and what God is because He has told us. But what about those times when we face something in which the Bible and God Himself seem strangely silent?  I have always heard that perception IS reality. I believe that with our Great God, that axiom does not stand up. If salvation-history has taught us anything it has taught us that God is never silent: from a command for light to a whisper in the ear of Elijah, God is not silent.

During this time of national emergency, many of us see our best-laid plans and dreams are either put on hold or appear to be vanishing. I have wondered, as of late, about Joseph. A man who seems quite right for this moment in our history. Joseph had dreams (Genesis 37). Though I am not sure what he thought of those dreams, he doesn’t appear to be rubbing his brothers’ noses in them. Joseph had a comfortable life: the favorite son, positioned to receive the blessings of the firstborn. But his life radically changed, expressly because of those dreams. The story in Genesis 37 tells us that Jacob sent Joseph to Shechem to find his shepherding brothers. Joseph cannot locate the 10 and is found wandering aimlessly in a field. It is this point in the story you see Joseph’s “pandemic.”  In that field, everything changed for the young man. The story tells us about a man who found Joseph in the field. The narrator tells us nothing about the man except that he “curiously” knew where Joseph’s brothers had gone. If Joseph had never met this man, he would have returned safely home. That one man, unknown to history, took away Joseph’s prerogative to plan his own life. Now Joseph is in the hands of God and he doesn’t even know it and won’t know it for another 14 years. But look at the providence of God in Joseph’s life. We all love God’s providence as long as we can see a little of it. Joseph was about to be blinded to it. God was going to do the extraordinary with Joseph, but he had to get Joseph out of the way first. The comfortable, favorite son of Jacob is seemingly manhandled by God without a Word from heaven, without a vision, without a hope. The brothers could have killed him, someone other than Potiphar could have bought him, Potiphar could have killed him, The Baker could have forgotten him. Yet we know from reading the story that God was directing everything.

Have you ever wondered what we aren’t told in this story? Wouldn’t you have appreciated a word about the journey to Egypt?  The journey into slavery was probably as brutal as what his brothers had done to him. Joseph is a forgotten man, lost to everything that he had ever known. How lonely he surely must have been; how broken-hearted and scared he surely must have been. It probably didn’t take long before the hopes of those dreams coming true vanished. How could those dreams ever vanish?  Remember that in the story Joseph only asks his brothers to listen to his dreams, they are the ones who do the interpreting. Joseph never offers an interpretation. The brothers—and we do the same—interpreted the dream as meaning they would bow down to or serve Joseph. The bowing down was not the intent of the dream; you’ll notice that when Joseph achieved his great position, the bowing down was only a technicality. The dreams that Joseph dreamed were God’s promise that something greater was coming. No one knew about the famine that was coming, just like no one knew that Joseph was coming. But God was speaking, and He was promising, and no one heard Him until…Joseph was going to be God’s “savior” for God’s people. Joseph finally understands what God was doing and what God had done, and proclaims to his brothers, “You sold me, but God sent me.”

It took 14 years for Joseph to see the hand of God and to understand what God had been saying. God did not speak loudly to Joseph, but God spoke!  Fellow preachers, God still speaks. He will not and cannot be silent. Three years ago, the church I had pastored for 10 years removed me from the pulpit; I have preached 3 times since then. Last November my 34-year-old son had half of his right leg amputated. I do not share this with you for sympathy, but for a moment to praise our great God who still speaks. I do not yet know everything that God is trying to teach me, but I know that He is still speaking. Pandemic or no pandemic, our hopes and dreams still live because God still speaks, and He always gets the last word. Remember the words of Spurgeon: “God is too good to be unkind and He is too wise to be mistaken. And when you cannot trace His hand you must trust His heart.”

Joel Wright has been a pastor for 30 years. He has received his M.Div. and D.Min. from Southeastern Baptist Theological Seminary and is currently a third-year Ph.D. student in the Southwestern Center for Text Driven Preaching. He is the father of three, grandfather of four, and lives in Greer, South Carolina.