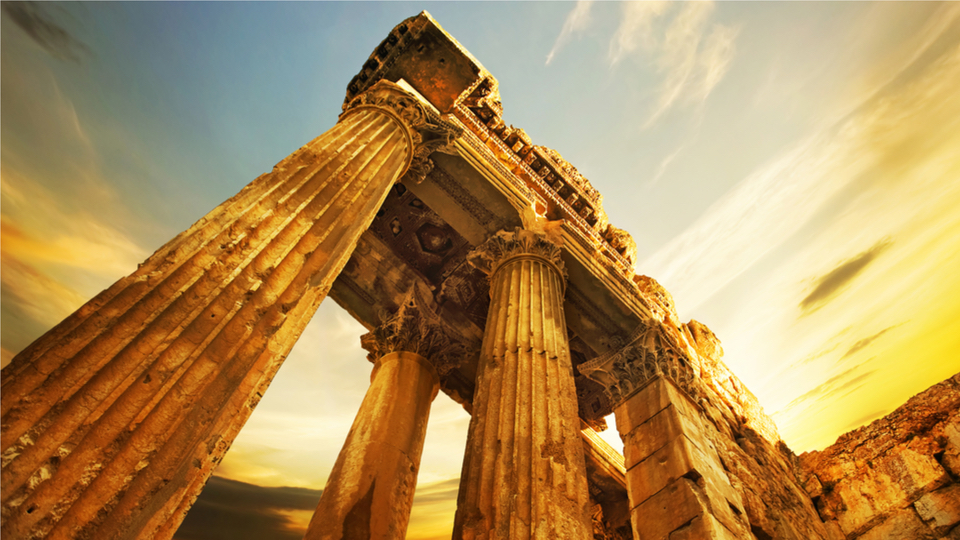 Preaching to the Spiritually Dead Who Need to Be Made Alive

Evangelistic preaching is simply this: communicating the Gospel through biblical exegesis to those who are “spiritually dead.” But communication means that the preacher must relentlessly look for ways to connect the words of Scripture to the audience in a way that is both contemporary and historical. In other words, the preacher should always be looking back and always looking around.

There is a scene in the movie, “The Princess Bride,” where the dead body of the hero, Wesley, is brought to a character named Miracle Max (played by Billy Crystal). To test the corpse’s condition, the bushy haired wizard lifts his arm and lets it drop and says, “I’ve seen worse.” The following dialogue ensues:

Miracle Max: Whoo-hoo-hoo, look who knows so much. It just so happens that your friend here is only MOSTLY dead. There’s a big difference between mostly dead and all dead. Mostly dead is slightly alive. With all dead, well, with all dead there’s usually only one thing you can do.

Miracle Max: Go through his clothes and look for loose change.

I’m sure most preachers have had the experience of preaching to an audience or a congregation where there seems to be little life. Like Miracle Max, “You have looked out at the audience and you’ve wondered, ‘Are they mostly dead or all dead?” This diagnosis may come from a lack of feedback from the audience, or because of a genuine disinterest or cluelessness expressed by your listeners. It’s no secret that our culture is drifting further away from the influence of the church, producing people who are increasingly unfamiliar with Scripture and orthodox Christianity. As a result, the signs of lifelessness are becoming more profound, and we feel ready to pronounce people, “mostly dead,” “slightly alive,” or “all dead?” So, how does one preach to listeners who are in various states of spiritual decay?

In Ephesians 2:1-5, the Apostle Paul offers three clear reminders to the evangelistic preacher who is preaching to people who are “spiritually dead.”

Let’s take at the first point: if our hearers are not spiritually alive through the Gospel, Paul gives us a blunt diagnosis: “they’re dead.” In Ephesians 2:1, Paul addressed his readers and claimed that they “were dead in [their] transgressions and sins.” In verse 2, Paul proceeded to describe in more detail about what this transgressing and sinful lifestyle looked like. They were worldly and following satanic ways. Paul explained that those with whom he was speaking were once those who were spiritually dead as a result of their sinful lifestyles. As Harold Hoehner noted, the term for being dead “shows the state or condition before God took action.”[1]Harold Hoehner, Ephesians: An Exegetical Commentary (Grand Rapids, MI: Baker Academic, 2002), 307 Dead was their condition; it characterized them.[2]F. F. Bruce, The Epistles to the Colossians, to Philemon, and to the Ephesians, a vol. in the New International Commentary on the New Testament, edited by Ned B. Stonehouse, F. F. Bruce, and Gordon D. Fee (Grand Rapids, MI: William B. Eerdmans Publishing Company, 1984), 280.

This spiritual death was a result of their “transgressions and sins” (Ephesians 1:1). Discussing Paul’s use of these terms, Peter O’Brien explains that “transgressions” emphasizes individual acts and pairing it with “sins” emphasizes the totality of all human evil. O’Brien continued, “It conveys the idea of the fullness and variety of the readers’ sinful past. As a result, they had no hope, were far from God (cf. 2:12), and were alienated from his life (4:18).”[3]Peter Thomas O’Brien, The Letter to the Ephesians, The Pillar New Testament Commentary (Grand Rapids, MI: W.B. Eerdmans Publishing Co., 1999), 157. Another way of saying it would be “You were ‘bad to the bone!”’

So, contemporary Gospel preachers must understand that the lost and unbelieving are spiritually dead, separated from God and, therefore, unable to respond positively through their own effort. They cannot be transformed by the Gospel unless God draws them (John 6:44). God Himself—not the lost individual or the preacher—must heal their “wretched and culpable condition,”[4]O’Brien, 156–157. which has been caused by their transgressions and sins. This is the reason for which Christ died and was raised from the dead (Ephesians 2:5, i.e. to “make us alive” with Him).

Second, Paul reminds us that we were also once dead. Paul writes in Ephesians 2:3, “All of us also lived among them at one time,..” In other words, as preachers of the Word, we must temper our diagnosis of “spiritually dead people” with humility, remembering that we were also once dead. Billy Graham rightly stated, “It is the Holy Spirit’s job to convict, God’s job to judge and my job to love.” So as Gospel preachers, we must let the Holy Spirt and God do the convicting and judging while we do the loving. Because, in the end, Paul asserted that everyone—including himself—is or had been, at some point, living in the flesh.

This is an important point for any preacher to recognize. Preaching is not one man speaking down to those who are lower than him; rather, preaching is the endeavor in which one sinner saved by grace proclaims the saving truth of Christ to those with whom he might once have identified. While preaching should be firm and unwavering, it should also be humble and gracious. All people need “the justifying grace of God if there is to be any hope for them.”[5]Bruce, 283. This is no less true for the preacher than it is for the lost and unbelieving hearer.

A little humility can go a long way. Communicating one’s own shortcomings (even former ones) can help break down barriers in unbelieving lives. But it’s important to note that while our humility and words can elicit a positive response to the Gospel, ultimately, it’s God who draws sinful souls to Himself. This brings me to Paul’s third and final point from Ephesians 2:1–5.

God is not dead. Some of the greatest truths begin with the wonderful phrase but God… All people—Jew, gentile, apostle, layperson, pastor, the lost and unbelieving—either are or were, at one point, unregenerate sinners and “deserving of wrath” (Ephesians 2:3), but God, who is rich in mercy, made us alive with Christ even when we were dead in transgressions—it is by God’s grace alone that all men are saved.

Christ’s work on earth was the means by which God reached out to spiritually dead individuals, making them spiritually alive, no longer separated and alienated from Him. Francis Foulkes observes, “For in [Christ’s] death he suffered for sin, and removed the barrier to fellowship with God that sin caused, and by his resurrection he showed his triumph over death, physical and spiritual.”[6]Francis Foulkes, Ephesians, vol. 10 in Tyndale New Testament Commentary, edited by Leon Morris (Downers Grove, IL: InterVarsity Press, 1989), 80. The concluding statement of verse 5 affirms that those who were spiritually dead (here specifically Paul and his readers) received this salvation by grace.

Grace is a key theme throughout the book of Ephesians and it should be the key theme in our evangelistic preaching to those who are spiritually dead. God’s grace was revealed in the stunning fact that while “we were dead in transgressions” God “made us alive with Christ” (Ephesians 2:5). Just as God has shown grace for the preacher, so must the preacher proclaiming the Gospel of Christ be gracious to their audience…even if they’re spiritually dead!

If we, as preachers, can keep these things in mind—the spiritual condition of the lost person, their own condition before they received the Grace of Christ, and God’s active role in salvation—then the preacher will be well-prepared to communicate the Gospel to people who are spiritually dead

For all practical purposes, the unregenerate individual is in the same position that we were once in—unable to cross the gap to God that was created by one’s trespasses and sins—but God “who is rich in mercy,” crossed the chasm for lost people and made it possible for people to come to Christ to be saved and receive new life.

Practical suggestions for evangelistic preaching to those who are spiritually dead: